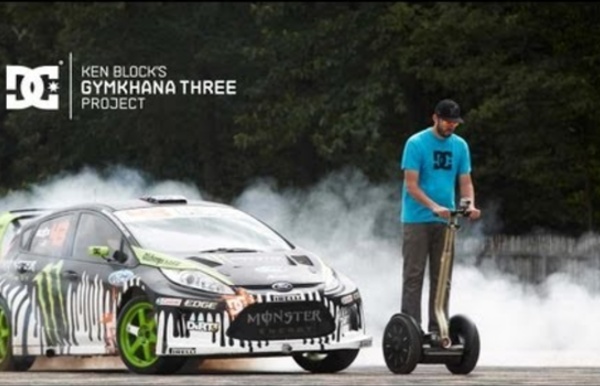 OF SOULS + WATER: THE WARRIOR Submitted by Gerardo This video documents the “Phase 2″ testing of the Personal Jetpack, toward the development of the Jet Wing (alternate version to that of Yves Rossy’s). Phase 1 testing was previously done on skis, demonstrating fast uphill ascents and reaching a top speed of 47 mph. See link below: Daredevil dies in rope swing stunt popularized by YouTube SALT LAKE CITY (AP) — A 22-year-old Utah man was killed trying to swing through the opening of a 110-foot-tall sandstone arch in a stunt made so popular on YouTube that state authorities recently banned the daredevil activity by commercial outfitters. Kyle Lee Stocking, of West Jordan, left too much slack in the rope he was using, and it sent him crashing into the sandstone base of Corona Arch near Moab, Grand County sheriff's officials said. He died Sunday afternoon. Viral videos have bolstered the activity, which involves swinging wildly from ropes through arch and canyon openings. One video titled "World's Largest Rope Swing" has racked up more than 17 million views on YouTube since it was posted in February. "Pendulum" swinging is a relatively new form of recreation in Utah's canyon lands, which see plenty of injuries and deaths from rock climbing and BASE jumping, which involves leaping from a fixed object with a parachute.

Firefox 4 Delayed Again, 12th Beta Planned Mozilla's next major desktop Web browser will get two more beta releases, as bugs remain. A week after releasing its tenth beta of Firefox 4, the open-source browser project's release manager, Christian Legnitto this week announced a new beta plan, which will include a 12th beta. Previously Legnitto had written that there were no plans for a beta 12 for Mozilla's the next major desktop Web browser. Beta 11 is finished, and the Firefox planning page on the Mozilla wiki states that the team is "still working on an ETA for releasing it to our beta audience, likely early next week." That page also mentions Beta 12 as having "a small enough list of bugs that it's plausible it will be the last beta, though we're not locking that up, since some of the plugin work needs to crystallize before we can assess timing risk." Many of the holdbacks seem to be related to Flash and Hotmail.

France in the year 2000 In this section of the site we bring you curated collections of images, books, audio and film, shining a light on curiosities and wonders from a wide range of online archives. With a leaning toward the surprising, the strange, and the beautiful, we hope to provide an ever-growing cabinet of curiosities for the digital age, a kind of hyperlinked Wunderkammer – an archive of materials which truly celebrates the breadth and variety of our shared cultural commons and the minds that have made it. Some of our most popular posts include visions of the future from late 19th century France, a dictionary of Victorian slang and a film showing the very talented “hand-farting” farmer of Michigan. With each post including links back to the original source we encourage you to explore these wonderful online sources for yourself. Check out our Sources page to see where we find the content.

The Epic & The Beasts When we were kids we never dreamt of being a firemen, a pilot or superhero. We always wanted to be skateboarders, jumping up curbs, down the stairs and filp our boards as many times as we could. This has not changed until today. TOM KLEINSCHMIDT – RICHARD NAUMERTAT – ERIK GROß OCTAVIO TRINDADE – DAVID RADERECHT – SEBASTIAN LINDA Directed & Edited by Sebastian Lindasebastian-linda.de

Let's Get Physical: The Psychology of Effective Workout Music “I dare them to find the iPod on me,” Richie Sais told the New York Times in 2007, when he was preparing to run the Marine Corps Marathon. USA Track & Field, the national governing body for distance racing, had just decided to ban athletes from using portable music players in order "to ensure safety and to prevent runners from having a competitive edge." Rais resolved to hide his iPod shuffle under his shirt.

Mike Starr's Death Leaves Fans 'Heartbroken' News of former Alice in Chains bassist Mike Starr's death on Tuesday (March 8) had a big impact on his famous friends, including Mötley Crüe's Nikki Sixx and Dr. Drew, who treated Starr on "Celebrity Rehab." But the hardest hit may have been fans of the late musician, who flooded MTV News' comments section with memories of his music and well-wishes for his family. Alice In Chains' Bassist Mike Starr Dies At 44 "Very Sad," Cheryl wrote. "My heart goes out to everyone he left behind.

Top 50 Free Fonts Created in 2010 2010 is just going to end leaving good and bad memories and moments for everybody. 2010 also gave us some of the most professional, creative, fanciful, elegant, imaginative and graceful fonts of all time. Today we have collected a collection of top 50 free fonts created in 2010. We hope you will like this collection. Felix Baumgartner’s Top Freefalls Submitted by InfinityList Mission delayed due to weather. Target launch now 5AM PT/12PM GMT on October 9! Watch it LIVE at youtube.com/redbull and BASE jumper Felix Baumgartner’s innumerate and incredible jumps are whittled down to just 5 of the best, with a focus on his race against a plane, his BASE jump from Petronas Tower, the unprecedented Wingsuit flight across the English Channel and more incredible feats. Click here to watch the Red Bull Stratos CGI Clip:

Long-distance running and evolution: Why humans can outrun horses but can’t jump higher than cats By Chris McGrath/Getty Images. At first glance the annual Man vs. Horse Marathon, set for June 9 in Wales, seems like a joke sport brought to us by the same brilliant minds behind dwarf tossing and gravy wrestling. It was, after all, the product of a pints-fueled debate in a Welsh pub, and for years its official starter was rock musician Screaming Lord Sutch, founder of the Official Monster Raving Loony Party. But the jokiness is misleading: When viewed through science’s clarifying lens, the funny marathon is one of the few sports that isn’t a joke.