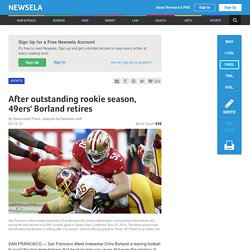 Not even the promise of stardom and piles of money can change his mind. After one outstanding rookie season, Borland is retiring at age 24. The 49ers announced his decision Monday night, without offering an explanation. Earlier in the day, however, Borland told the ESPN television program "Outside the Lines" that he wants to do "what's best for my health. " When is it safe to let kids play tackle football? Study says after age 12. Football is a rough game. 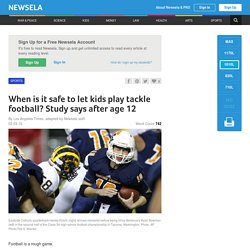 Players are constantly ramming into each other, resulting in occasional broken bones and strained muscles. The worst damage is sometimes invisible, though. Getting bounced around in a game of tackle football can have a harmful effect on the brain. After a concussion, when can teens return to the football field? On a cool October morning, Mychal Shaw emerges from his bedroom. 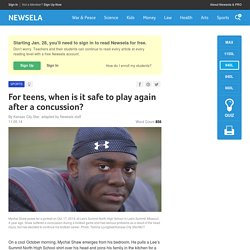 He pulls a Lee’s Summit North High School shirt over his head and joins his family in the kitchen for a morning prayer. “We pray that you keep him safe in his football game tonight and let the angels watch over him,” says his mother Ryana. She says the prayer each week on Mychal's game days. HEADSTRONG. HEADSTRONG By Patrick Link Read by Deidrie Henry, Ernie Hudson, Ntare Guma Mbaho Mwine, & Scott Wolf Published by L.A. 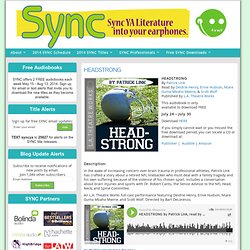 Theatre Works This audiobook is only available to download FREE July 24 – July 30 Download HERE. What Are the Benefits of Soccer for Kids? Soccer develops agility, speed and stamina, and also teaches children the importance of teamwork, so it can play an important part in your child’s physical and social development. 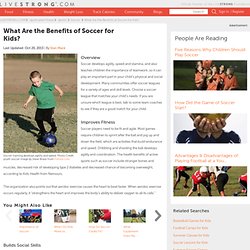 Many communities offer soccer leagues for a variety of ages and skill levels. Choose a soccer league that matches your child’s needs. 8 Most Dangerous Sports for Your Kids. Both of my daughters are avid soccer players, so this moment was inevitable. 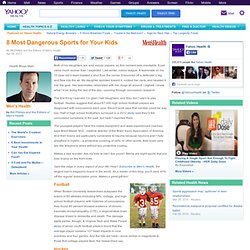 It just came much sooner than I expected. Last winter, indoor league. What Are the Health Benefits of Playing Hockey? Hockey, whether played on ice or on a field, is a sport that offers a total-body workout that includes both aerobic and anaerobic elements. 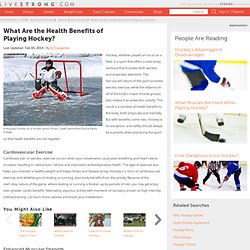 The fast-paced nature of the sport provides aerobic exercise, while the reliance on all of the body’s major muscle groups also makes it an anaerobic activity. The result is a number of health benefits to the body, both physically and mentally. Is Hockey or Basketball Better for Teen Boys? All sports that kids play come with some risks, and some sports clearly are more risky than others. 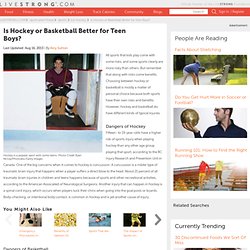 But remember that along with risks come benefits. Choosing between hockey or basketball is mostly a matter of personal choice because both sports have their own risks and benefits. However, hockey and basketball do have different kinds of typical injuries. Fifteen- to 19-year-olds have a higher risk of sports injury when playing hockey than any other age group playing that sport, according to the BC Injury Research and Prevention Unit in Canada. 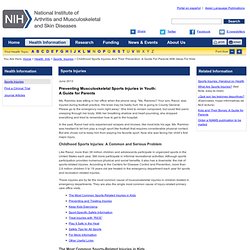 Ramirez was sitting in her office when the phone rang. Benefits and Risks of Basketball. Basketball is one of the most popular sports in the world. 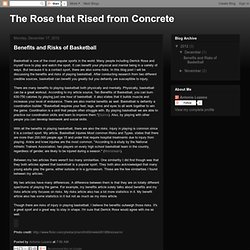 Many people including Derrick Rose and myself love to play and watch the sport. Basketball Injuries: Most Common, Risks, and Types. Basketball is a popular sport, especially among children and young adults. But the sport carries a risk for injury, whether played in an organized league or with friends on a local park court: More than 200,000 basketball-related injuries occur to young people under age 15 each year requiring treatment in hospital emergency departments. Basketball is the fourth leading cause of injury in both unorganized settings and organized community team sports. Injuries to basketball players are usually minor, mostly sprains and strains. Advantages & Disadvantages of Extreme Sports. While some athletes prefer the structure of organized sports, others opt for the freedom of extreme sports. Extreme sports include a multitude of activities, including skateboarding, snowboarding, surfing and BMX.

When choosing an extreme sport to get involved with, you'll first need to consider the advantages and disadvantages associated with the specific riding discipline. Listening to a Sons Concern About a Concussion. “Dad, I’m scared. I only have one brain, and I don’t want to hurt it playing football.” My son Will, his 10-year-old eyes filling with tears, was trying to decide whether to play quarterback in his peewee game against Roosevelt Elementary.

Ten days earlier, he’d taken a helmet-to-helmet hit during practice and possibly, although we really don’t know, sustained a concussion. Now I wanted to help him make the right choice — if only I knew what that was. Taking the Pressure Off Sports Competition. Listen Sports are a great way to have fun and stay active. Kids have lots of choices about which sports to do and whether to compete in sports or just play them for fun. One kid might be happy to shoot baskets at the park, whereas another kid may prefer being on a basketball team that competes against other teams. Competition can make sports more exciting. But because somebody wins and somebody loses, competition also can make kids feel pressure. Racing-ahead-with-chemistry. Livestrong. As many as 59 percent of adolescents can identify a role model in their lives, according to research published in the January 2011 issue of the "Journal of Adolescent Health.

" Of the adolescents with role models, those that looked to athletes were more likely to make positive health-related decisions. The fact is, not all athletes are positive role models. Unfortunately some athletes engage in negative behavior, but overall, the athletic lifestyle lends itself to a position of positive role modeling for adolescents. TaskForce_on_Childhood_Obesity_May2010_FullReport. Let's Move! Football, dogfighting, and brain damage.