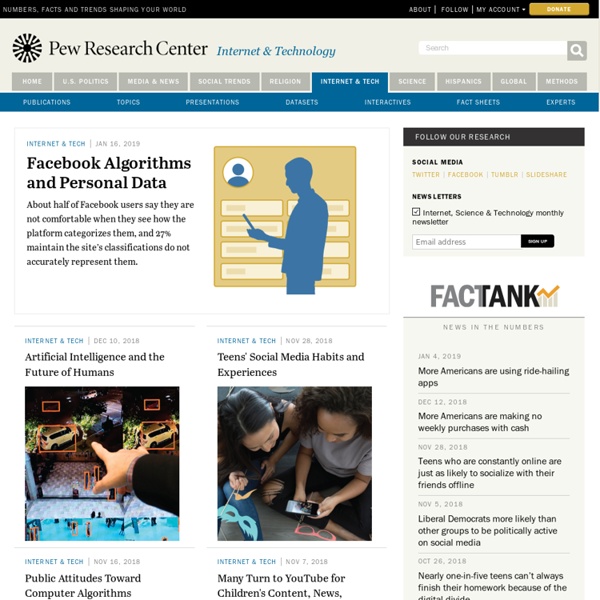 Google Meets Miss Manners, Encourages Searchers To Thank Those Who +1'd Content DEAR MISS GOOGLE: When I searched for something using your service, I found a friend had +1′d one of the of listings. What should one do in this case? GENTLE SEARCHER: It’s always polite in these situations to thank your kind friend. In fact, I’ve added a new “Thank” feature allowing you to do exactly this, though Google+. Yes, a new Google+ feature has been spotted in the wild that further blends organic results with social information. Early today State of Search and charliesaidthat noticed a thank you link on an organic listing next to the Google+ users who +1′d a result.

Welcome to the American Sports Institute Flow States and Student Engagement in the Classroom David Shernoff, Ph.D. Wisconsin Center for Education Research University of Wisconsin - Madison Statement to the California State Assembly Education Committee State Capitol • February 27, 2002 Introduction - Experience and Role as Witness. My name is Dr. Rules of the Collaboratory Game If you’re a researcher studying schizophrenia, you can tap marvelous new tools such as functional magnetic resonance imaging and positron emission tomography. You can combine data from these devices for astonishingly powerful new views of how the brain works. What you can’t do is easily integrate data gathered by researchers outside your group. Enter the Biomedical Informatics Research Network, or BIRN. Funded by the National Institutes of Health, BIRN is a virtual collaboration project for biomedical big science.

We Are Social’s Monday Mashup #112 Capturing social value with new Google Analytics toolsSocial media is deeply woven into people’s purchase decision journeys, but it’s not been easy to measure this, even when solely looking at people’s online behaviour. Google have now made this easier with its a new set of social tools built into Google Analytics, allowing you to see how traffic coming from social sites leads to ‘goals’ on your site (for example ecommerce purchases, test drive requests), both immediately and in future visits. Social has double the value than previously thoughtIn line with Google’s new kit, a new study from Adobe says that social media drives twice as many sales as it’s normally credited with. The difference lies attributing the proper value of social media in the consideration phase (the ‘first click’) rather than just the ‘last click’: A visitor interested in buying a new watch might click through to a jeweler’s website from a Facebook link posted by a friend. Happy sixth birthday, Twitter!

Inside Gatorade’s Social Media Command Center In the realm of marketing, Gatorade is probably best known for splashy commercials featuring some of the world’s most famous athletes. However, a new effort behind the scenes of the PepsiCo-owned sports drink maker is putting social media quite literally at the center of the way Gatorade approaches marketing. The company recently created the Gatorade Mission Control Center inside of its Chicago headquarters, a room that sits in the middle of the marketing department and could best be thought of as a war room for monitoring the brand in real-time across social media. Mission Control

from Psychology: An Introduction by Russ Dewey Principles of classical and operant conditioning, which we reviewed in Chapter 5 (Conditioning), developed out of the search for laws of learning by early comnparative psychologists. Given such an assumption, it was reasonable to compare different species such as cats, rats, monkeys, and humans to see how quickly they learned. If they all learned in the same way, then speed of learning should be the main difference between them.

Internet Comments and Civility You’re reading a story on the web and your eyes accidentally drift down to the comments. Within moments, lost in a sea of atrocious behavior and even worse grammar, your view of humanity clicks down another few notches. It’s an experience so common it’s spawned a mantra: Don’t Read The Comments. But why should this be so? The web is also filled with examples of altruism, kindness, and generosity. The 10 Best Agencies in New York City "I wanna wake up in a city, That doesn't sleep, And find I'm king of the hill, Top of the heap..."It's not likely that anyone would question Sinatra's words, much less if we're talking about design, advertising or web development. Yes, New York is the top, a fantastic place of inspiration, talent and full of opportunities.Today we present to you the best agencies in the city that never sleeps, a selection made by Joshua Long, a talented visual designer who's currently working at R/GA and is a memeber of our Jury. He sat down with us and told us about the 10 agencies he considered to be the best in NYC. FI - Fantasy InteractiveFi has earned its highly respected reputation as a full service agency by creating beautiful digital experiences for clients such as Google, Porsche, Microsoft, USA Today, Nickelodeon and Wacom.

The Guy Kawasaki Guide to Rocking Your Online Marketing If you want to do well with social media, then the first thing that you need is a strategy. Right? Maybe not – at least, according to Guy Kawasaki; venture capitalist, founder of Alltop.com, and the author of a dozen books, including the recent bestseller Enchantment. What Sells CEOs on Social Networking Six years ago, MIT Sloan’s Andrew McAfee coined the term “Enterprise 2.0″ as shorthand for what collaboration and sharing tools such as blogging and wikis (and, today, Twitter) would mean for enterprises. In a Q&A, he talks about how CEOs see this world today — and what really sells them on the tools. Andrew McAfee, Principal Research Scientist, MIT Center for Digital Business From his base at the Center for Digital Business at MIT, Andrew McAfee‘s job these days is, he says, to “try to understand all the different things that technology is doing to the business world, all the different ways that it’s changing innovation and productivity and process execution, and then, at a higher level, try to understand how it’s affecting the work force and how it’s affecting competition.” In 2006, you coined the term “Enterprise 2.0.” How did you come up with it?

Connectionism The learning theory of Thorndike represents the original S-R framework of behavioral psychology: Learning is the result of associations forming between stimuli and responses. Such associations or "habits" become strengthened or weakened by the nature and frequency of the S-R pairings. The paradigm for S-R theory was trial and error learning in which certain responses come to dominate others due to rewards.

Let's Stop Confusing Cooperation and Teamwork with Collaboration Often the words collaboration, coordination, and cooperation are used to describe effective teamwork. But they are not the same, and when we use these words interchangeably, we dilute their meaning and diminish the potential for creating powerful, collaborative workplaces. Collaboration has been a big word in the news lately, most recently due to Marissa Mayer’s explanation of her decision to bring Yahoo employees back to the office: “To become the absolute best place to work, communication and collaboration will be important, so we need to be working side-by-side.” Mayer’s belief that we work together better when we have real relationships, and that it is easier to build relationships when you have face-to-face contact is not unfounded.

customer journey Marketing channels (such as email, display ads, paid search ads, social, and direct visits to your website) influence the customer at different points in the path to purchase. Awareness Consideration Intent Decision ASSISTING channels build awareness, consideration, and intent earlier in the customer journey or “purchase funnel.” LAST INTERACTION channels act as the last point of contact prior to a purchase. All Industries ▼ Legend