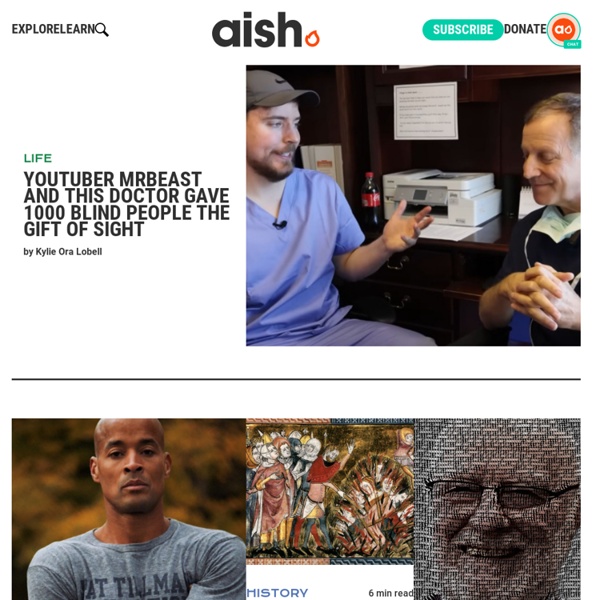 Nisan 19 They praise God for His kindness and relate His wonders to other people (Psalms 107:8). This verse is repeated four times in this chapter, emphasizing the obligation people have to express their gratitude to God for His kindnesses. Human beings have the capacity for complaining about their distress as well as being thankful for benevolence. Unfortunately, in many people these traits are not balanced, and the capacity to complain may outweigh that of being grateful. There is a story about a mother who was walking along the seashore with her son.

Palestine Satellite image of the region of Palestine, 2003. Palestine (Arabic: فلسطين‎ Filasṭīn, Falasṭīn, Filisṭīn; Greek: Παλαιστίνη, Palaistinē; Latin: Palaestina; Hebrew: פלשתינה Palestina) is a geographic region in Western Asia between the Mediterranean Sea and the Jordan River. It is sometimes considered to include adjoining territories. Judaism 101 Where to Start There are over eighty web pages on this site, comprising over 300 pages of text, a virtual book of information on Judaism. That's a lot of information! About The Anti-Defamation League The Anti-Defamation League was founded in 1913 "to stop the defamation of the Jewish people and to secure justice and fair treatment to all." Now the nation's premier civil rights/human relations agency, ADL fights anti-Semitism and all forms of bigotry, defends democratic ideals and protects civil rights for all. A leader in the development of materials, programs and services, ADL builds bridges of communication, understanding and respect among diverse groups, carrying out its mission through a network of 27 Regional and Satellite Offices in the United States and an office in Israel.

Gus on the Go language learning apps for kids Start off your Hebrew learning by picking up our numbers flashcard printable, animal vocabulary fortune teller or our interactive transportation vocabulary printable! Psychonautics Psychonautics (from the Greek ψυχή (psychē "soul/spirit/mind") and ναύτης (naútēs "sailor/navigator")—a sailor of the mind/soul)[1] refers both to a methodology for describing and explaining the subjective effects of altered states of consciousness, including those induced by meditation or mind-altering substances, and to a research paradigm in which the researcher voluntarily immerses himself or herself into an altered mental state in order to explore the accompanying experiences.[2] The term has been applied diversely, to cover all activities by which altered states are induced and utilized for spiritual purposes or the exploration of the human condition, including shamanism, lamas of the Tibetan Buddhist tradition,[3] sensory deprivation,[1] and archaic/modern drug users who use entheogenic substances in order to gain deeper insights and spiritual experiences.[4] A person who uses altered states for such exploration is known as a psychonaut. Etymology and categorization[edit] Peter J.

Al Jazeera English It is a sister channel of both the US-based English-language channel Al Jazeera America (AJAM), and of the original, Arabic-language, Al Jazeera - sometimes, albeit incorrectly, referred to as: Al Jazeera Arabic. The station broadcasts news features and analysis, documentaries, live debates, current affairs, business, technology and sports, and claims to be the first global high-definition television network.[1] Al Jazeera English is the world's first English-language news channel to be headquartered in the Middle East.[2] The channel aims to provide both a regional voice and a global perspective for a potential world audience of over one billion English speakers who do not share the Anglo-American worldview.[3] Instead of being run under one central command, news management rotates between broadcasting centers in Doha and London.

Board of Directors The Board is responsible for determining the strategic and policy direction of the BIS, supervising the management, and fulfilling the specific tasks given to it by the Bank's Statutes. It meets at least six times a year. Four advisory committees assist the Board in its work: The Administrative Committee reviews key areas of the Bank's administration, such as budget and expenditures, HR policies and IT. The Committee's Chairman is Jens Weidmann. The Audit Committee meets with internal and external auditors, as well as with the compliance unit. Judaism Pages for Kids Welcome to the Judaism Pages for Kids section of our website. Here you will find pages written specifically for children which explain various aspects of Judaism. To view a page, please click on the relevant link below in our Table of Contents below. If you are not able to find the information you want in this section of our website, then please see our Judaism section which covers a wider range of topics.

History of Zionism Zionism as an organized movement is generally considered to have been fathered by Theodor Herzl in 1897; however the history of Zionism began earlier and related to Judaism and Jewish history. The Hovevei Zion, or the Lovers of Zion, were responsible for the creation of 20 new Jewish settlements in Palestine between 1870 and 1897.[1] Before the Holocaust the movement's central aims were the creation of a Jewish National Home and cultural centre in Palestine by facilitating Jewish migration. After the Holocaust, the movement focussed on creation of a "Jewish state" (usually defined as a secular state with a Jewish majority), attaining its goal in 1948 with the creation of Israel. The Federal Reserve Cartel: The Eight Families (Part 1) The Four Horsemen of Banking (Bank of America, JP Morgan Chase, Citigroup and Wells Fargo) own the Four Horsemen of Oil (Exxon Mobil, Royal Dutch/Shell, BP Amoco and Chevron Texaco); in tandem with Deutsche Bank, BNP, Barclays and other European old money behemoths. But their monopoly over the global economy does not end at the edge of the oil patch. According to company 10K filings to the SEC, the Four Horsemen of Banking are among the top ten stock holders of virtually every Fortune 500 corporation. [1] So who then are the stockholders in these money center banks? This information is guarded much more closely.