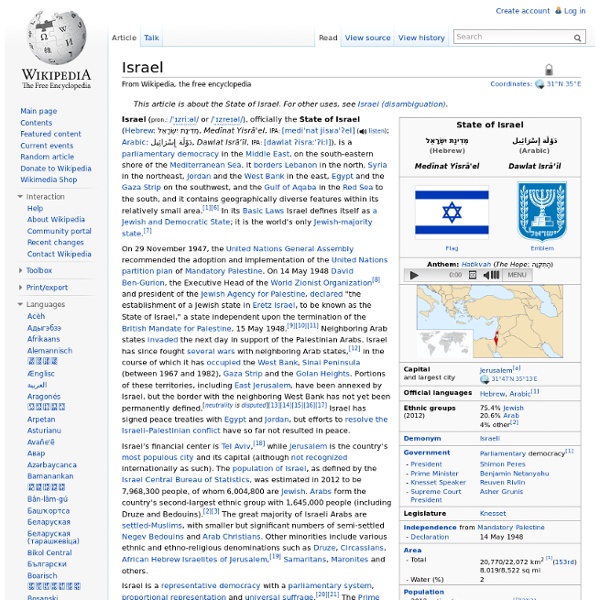 What America Needs to Know About EMPs - By Peter Pry In her article "The Boogeyman Bomb," Sharon Weinberger makes several allegations about the threat of electromagnetic pulse (EMP) weapons, and a congressional commission set up to investigate it, that require correction. By way of background, a nuclear weapon detonated at high altitude will produce an electromagnetic pulse that can damage and destroy electronic systems over vast regions of the Earth's surface. A single nuclear weapon detonated at an altitude of 400 kilometers over the United States would project an EMP field over the entire country, as well as parts of Canada and Mexico. Mother Nature can also pose an EMP threat by means of a solar flare that causes a geomagnetic storm. EMP is not just a threat to computers and electronic gadgets, but to all the critical infrastructures that depend on electronics and electricity -- communications, transportation, banking and finance, food and water -- and that sustain modern civilization and the lives of the American people.

Israel: Maps, History, Geography, Government, Culture, Facts, Guide & Travel/Holidays/Cities Israel, slightly larger than Massachusetts, lies at the eastern end of the Mediterranean Sea. It is bordered by Egypt on the west, Syria and Jordan on the east, and Lebanon on the north. Its maritime plain is extremely fertile. The southern Negev region, which comprises almost half the total area, is largely a desert. The Jordan, the only important river, flows from the north through Lake Hule (Waters of Merom) and Lake Kinneret (also called Sea of Galilee or Sea of Tiberias), finally entering the Dead Sea 1,349 ft (411 m) below sea level—the world's lowest land elevation. Parliamentary democracy. Palestine, considered a holy land by Jews, Muslims, and Christians, and homeland of the modern state of Israel, was known as Canaan to the ancient Hebrews. A Hebrew kingdom established in 1000 B.C. was later split into the kingdoms of Judah and Israel; they were subsequently invaded by Assyrians, Babylonians, Egyptians, Persians, Romans, and Alexander the Great of Macedonia.

Confessions of a Mossad spy Former spy Michael Ross was on Mossad’s very first pathfinding mission into Iran in 1993. As a combatant in the Israeli intelligence service, he knows any covert operation — such as the assassination of an Iranian nuclear scientist this week by a hitman on a motorcycle — is the culmination of a finely honed plan. “There would have been a huge mosaic of activity going on around [the targeted killing],” said Mr. Ross, who is no longer in the field but still uses a pseudonym. “How did the assassin know what car he was in? What street he was on? That “mosaic of activity” could have included everything from infiltrating the Iranian nuclear weapons program by convincing someone inside to defect; planting bugs and “scooping up information over the airwaves” using signals intelligence; breaking into a hotel room and swiping data from a laptop without the owner’s knowledge, or even obtaining information from the Iranian opposition group known as the People’s Mujahedeen of Iran. When Mr. Mr. Mr.

Country Guide: ISRAEL (washingtonpost.com) Space Weather: Explosions on Venus Space Weather: Explosions on Venus In the grand scheme of the solar system, Venus and Earth are almost the same distance from the sun. Yet the planets differ dramatically: Venus is some 100 times hotter than Earth and its days more than 200 times longer. As the solar wind rushes outward from the sun at nearly a million miles per hour, it is stopped about 44,000 miles away from Earth when it collides with the giant magnetic envelope that surrounds the planet called the magnetosphere. A recent study, appearing online in the Journal of Geophysical Research on February 29, 2012, has found clear evidence on Venus for a type of space weather outburst quite common at Earth, called a hot flow anomaly. "They are an amazing phenomenon," says Sibeck. › View larger When discontinuities in the solar wind remain in contact with a planet's bow shock, they can collect a pool of hot particles that becomes a hot flow anomaly (HFA). "That may not sound like much," he says. Karen C.

Israeli cuisine Israeli eggplant salad with mayonnaise Potato bourekas Israeli cuisine (Hebrew: המטבח הישראלי‎ ha-mitbach ha-yisra’eli) comprises local dishes by people native to Israel and dishes brought to Israel by Jews from the Diaspora. Since before the establishment of the State of Israel in 1948, and particularly since the late 1970s, an Israeli Jewish fusion cuisine has developed.[1] Israeli cuisine has adopted, and continues to adapt, elements of various styles of Jewish cuisine and regional Arab cuisine, particularly the Mizrahi, Sephardic and Ashkenazi styles of cooking.[1] It incorporates many foods traditionally eaten in Middle Eastern and Mediterranean cuisines, and foods such as falafel, hummus, shakshouka, couscous, and za'atar are now widely popular in Israel.[2][3] History[edit] Origins[edit] Spiced cracked olives Israel’s culinary traditions comprise foods and cooking methods that span three thousand years of history. Old Yishuv[edit] Cooking class at a girls' school in Jerusalem, c.1936

Israeli Jewish Holidays » General Info » FAQs » Israeli Jewish Holidays Question: Which are the main Jewish holidays, and how do they effect tourists? Answer: National Israeli holidays / Chagim are generally all Jewish Holidays, plus the addition of Independece day. Shops and businesses are partially open during All Jewish Holidays, meaning - in Jerusalem they're all closed, and in Tel Aviv and Haifa they're usually open. Following is a brief explanation about every holiday, and a table of Jewish holiday dates for the coming years. Rosh Hashana - The beginning of the Jewish year, which is one of the three most sacred holidays in the Jewish religion. Yom Hakkipurim The day of amendment is the holiest day of the year, during which all Jewish people must fast for an entire day (25 hors). Sukkot and simchat Torah Sukkot is a very special holiday in which many Israelis set up special tents called "sukka" in their back yard, and invite all their friends and family to visit. Hanuka Tu Bishvat - Taanit Esther and Purim Passover

The State of Israel The State of Israel was formed on May 15 1948 as a Jewish state and a democratic republic. Over time it became one of the only two democracies in the Middle East, the other being Turkey. In the West – the Mediterranean Sea and the Gaza Strip; in the North – Lebanon and Syria; in the East – Jordan and the Palestinian Authority's autonomous territories; and in the South – Egypt and the Red Sea. Israel holds territories that it captured in 1967 from Syria (the Golan Heights), Jordan (the West Bank) and Egypt (Gaza). In certain sections of the West Bank, an autonomous Palestinian Authority was established. The state of Israel is republic, defined as a parliamentary democracy with proportional representation. Since the country's inception, no political party has achieved an absolute majority, thus making all of Israel's governments coalition governments. The Israeli president is chosen by the Knesset once every seven years. Israel is administratively divided into 6 districts and 14 provinces.

Starfish Prime The flash created by the explosion as seen through heavy cloud cover from Honolulu 1,445 km away Starfish Prime was a high-altitude nuclear test conducted by the United States of America on July 9, 1962, a joint effort of the Atomic Energy Commission (AEC) and the Defense Atomic Support Agency (which became the Defense Nuclear Agency in 1971). Launched via a Thor rocket and carrying a W49 thermonuclear warhead (manufactured by Los Alamos Scientific Laboratory) and a Mk. 2 reentry vehicle, the explosion took place 250 miles (400 km) above a point 19 miles (31 km) southwest of Johnston Island in the Pacific Ocean. It was one of five tests conducted by the USA in outer space as defined by the FAI. Operation Fishbowl[edit] In 1958 the United States had completed six high-altitude nuclear tests, but the high-altitude tests of that year produced many unexpected results and raised many new questions. Explosion[edit] Another view of Starfish Prime through thin cloud, as seen from Honolulu