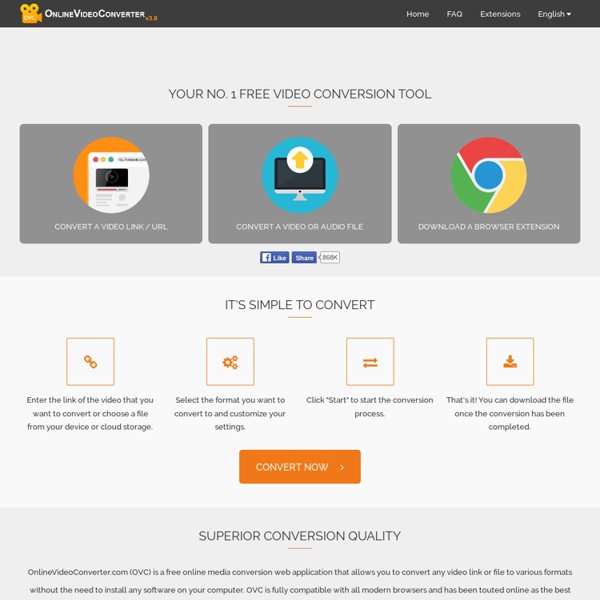 Developer Things: Nikita Voloboev - His wonderful world of macOS Applications Nikita Voloboev - His wonderful world of macOS Applications a list of applications, alfred workflows and various tools that make my macOS experience even more amazingHe use a lot of applications on his mac. Here is a list of the ones that he love and use the most in his day to day life, sorted by their importance 1. Free Download Manager for Mac - downloader for Mac Folx by Eltima is a powerful torrent client. The app downloads torrent files as well as creates new torrents for various trackers. With Folx downloading torrent files is intuitive and simple.

5 ways to use Apple Clips in the classroom – ICTEvangelist Apple Clips has landed and it does what all successful edtech does, it makes showing learning simple. It has a low entry point in terms of technical ability required to use it but is hugely scalable in terms of the depth of knowledge being shown as I’ll demonstrate later. I can see how Apple Clips could fit in and work well in classrooms, particularly in Primary education where the pupils in the classrooms are so young they can’t access tools such as Adobe Spark Video. Alternatively, those schools who are well into using other tools like Puppet Edu or Explain Everything may wish to stick with those too. Top 10 Mac Recovery Software that May Come Handy When Your Hard Disk Crashes – MacPing.com Data recovery is an integral part of a system administrator’s arsenal. Whether you are using a Windows PC, a Mac or a Linux computer, when a hard disk crashes or gets erased, you have to be able to get the data back. Because of the way Mac OS X file system (HFS+) works, you would expect that it would be easier to recover files. That is not usually the case, however there are third party Mac recovery software that are available on the market. Here are ten of the best recovery software for the Mac: 10.

Detailed VPN Comparison Chart Green = “Generally good”, Yellow = “Something of concern”, Red = “Something major of concern”, Blank = Undefined or for reader’s knowledge only. See what these fields mean here. You can download the VPN Comparison Chart in other formats below: Excel – xlsx | LibreOffice – ods | CSV – csv Color blind? Official Website Public Key for PGP Signing Starting from v3.3.4 all source tarballs and binaries are signed. The key currently used is: 4096R/5B7CC9A2 Fingerprint: D8F3DA77AAC6741053599C136E4A2D025B7CC9A2 You can also download it from here Previously the following key was used to sign the v3.3.4 source tarballs and v3.3.4 Windows installer only: 4096R/520EC6F6 Fingerprint: F4A5FD201B117B1C2AB590E2A1ACCAE4520EC6F6

Ghostery Ghosterians! We have a new release ready for the masses. We found a few issues and made some updates. You all have been awesome sending us some quirky behaviour as well. So to you.. we say "Thanks!" Before we get to the details. Best Time Tracking Apps I was going to give Klok a try, and I had downloaded it, downloaded and installed Adobe Air Runtime, and was playing around with it a little. However, then I noticed how much CPU time it's using when it's sitting there doing nothing. The lowest CPU% I saw in Activity Monitor was 20%, and on many screens with NOTHING changing (even once I move the mouse off and give something else focus) it would use 70%+ CPU.

Cocktail When unregistered, Cocktail runs in demo mode and will expire after the tenth launch. If you like your Cocktail, please purchase the license from our resellers, Kagi or eSellerate. Kagi and eSellerate provides transactions for all major credit cards and accepts PayPal payments, purchase orders, checks, cash, money orders and wire transfers. Both Kagi and eSellerate protects your online transactions with the strongest exportable standards of encryption.

Download Trash It! for Mac - Force-empty your trash can Force-empty your trash can. Free Trash It! is an AppleScript-based application that force-empties your Trash and/or removes stubborn items. TWAIN SANE Frequently Asked Questions The TWAIN SANE Interface says “no image source found”, but my scanner is connected to my computer and is turned on There can be several reasons for this. Some scanners — especially older SCSI scanners — from the era before the introduction of plug-and-play devices can not be detected unless they were turned on at the time your computer was started. If you have such a scanner try restarting your computer with your scanner turned on. Another reason might be that the SANE backend that is used when scanning with your scanner must be configured for your hardware configuration in order to support autodetection. The device names on MacOS X are not necessarily invariant between reboots of the computer, so it is essential that autodetection of the device is working.

HP ScanJet on Mac OS X (or any scanner, for that matter) Using a USB legacy scanner for Mac OS X can be accomplished with this set of TWAIN/SANE tools based on the SANE implementation for *NIXes. Since it took me a while to find what I needed to get my old HP ScanJet 5470c to work on Mac OS X (10.5), I wanted to post this link accompanied by some of the keywords for scanners that others may use (so they’ll have an easier time finding it on search engines): This site lists several binary packages which should make your scanner work for you, too … after you installed them in the following order: gettextlibusbSANE backends (installs all, even though you may only need the HP 54XX one)SANE Preference PaneTWAIN SANE Interface After installing all these, go to the SANE Preference Pane and disable all the backends you don’t need (at least that’s what I did; it works for me, but I don’t know if it’s necessary).