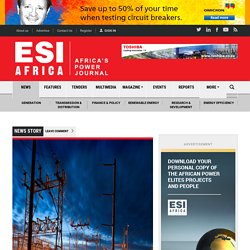 Local media, This Day Live reported that the agreement means that Japan will provide a grant worth about $11 million for the upgrade of two substations in the Federal Territory (FCT) and Nasarawa states. During the signing of the agreement, minister of budget and national planning, Senator Udoma Udo Udoma, stated that the goal behind the 'Electricity Supply Facilities Project' by the Japanese government was meant to enhance the country’s efforts to ensure a steady power supply for economic growth. 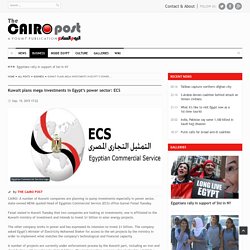 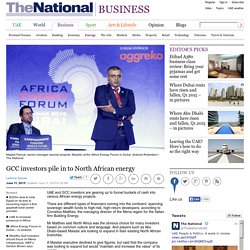 There are different types of financiers coming into the continent, spanning sovereign wealth funds to high-risk, high-return developers, according to Cornelius Matthes, the managing director of the Mena region for the Italian firm Building Energy. Mr Matthes said North Africa was the obvious choice for many investors based on common culture and language. And players such as Abu Dhabi-based Masdar are looking to expand in their existing North African branches. A Masdar executive declined to give figures, but said that the company was looking to expand but would “maintain and increase the value” of its assets. “For commercial projects, we are interested to expand further in Egypt, Morocco and Mauritania,” Maged Farouk, Masdar’s senior manager for special projects, said at the Africa Energy Forum (AEF) in Dubai.

“But still North Africa is by far not the main focus. Energy: Egypt and Kuwaiti company in a $1.6 bn project deal. Rising energy consumption and decreasing production have turned Egypt from a net energy exporter to a net importer. 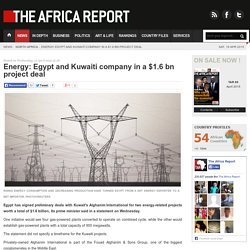 Photo©Reuters Egypt has signed preliminary deals with Kuwait's Alghanim International for two energy-related projects worth a total of $1.6 billion, its prime minister said in a statement on Wednesday. One initiative would see four gas-powered plants converted to operate on combined cycle, while the other would establish gas-powered plants with a total capacity of 900 megawatts. The statement did not specify a timeframe for the Kuwaiti projects. Privately-owned Alghanim International is part of the Fouad Alghanim & Sons Group, one of the biggest conglomerates in the Middle East. The government's effort to encourage private investment to renovate the creaking national grid -- which began with initial reforms to costly energy subsidies last year -- seems to be bearing fruit. Blackouts deepened discontent with Islamist President Mohamed Morsi before his ousting in July 2013. Saudi-Egypt power link project to start in new year. By Afp Published: 23:48 GMT, 15 December 2014 | Updated: 23:48 GMT, 15 December 2014 A project to link the electricity grids of Egypt and Saudi Arabia will start next year at a cost of at least $1.5 billion, officials said on Monday. 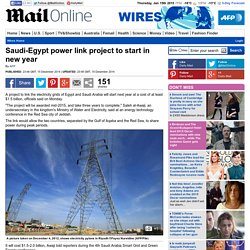 Emerging Energy Trends In Africa. A new comprehensive report from the IEA has revealed some interesting energy trends taking place in Africa, with potential for huge growth and development. 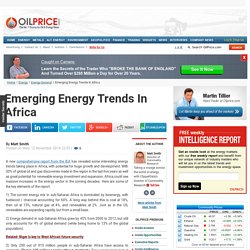 With 30% of global oil and gas discoveries made in the region in the last five years as well as great potential for renewable energy investment and expansion, Africa could see massive increases in the energy sector in the coming decades. Here are some of the key elements of the report: Portugal provides funding to Sao Tome to build power plants on the archipelago – Macauhub. The Sao Tome and Principe government is set to build two small power plants with funding from Portugal, costing around US$6 million, said the Minister for Public Works, Infrastructure and the Environment, Osvaldo Abreu. 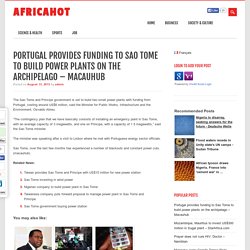 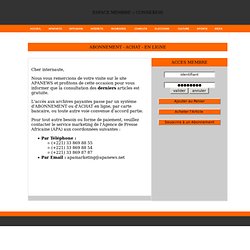 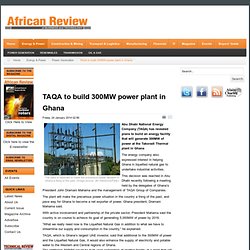 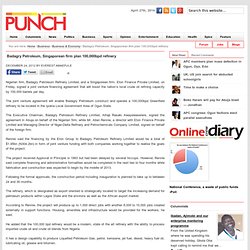