How to write a killer cover letter for a postdoctoral application. Search Results For: Grand Hotel Budapest. 10 facts about infidelity, as divulged by Helen Fisher. The policy world and academia offer widely different opportunities for early career researchers. The research career offers a variety of opportunities across sectors. 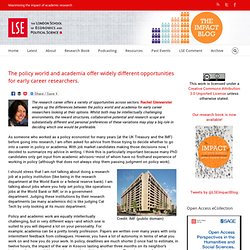 Rachel Glennerster weighs up the differences between the policy world and academia for early career researchers looking at their options. Whilst both may be intellectually challenging environments, the reward structures, collaborative potential and research scope are substantially different and personal preferences of these variations may play a big role in deciding which one would be preferable.

As someone who worked as a policy economist for many years (at the UK Treasury and the IMF) before going into research, I am often asked for advice from those trying to decide whether to go into a career in policy or academia. Nonopticon: Hide in plain sight.

Recipies... And other. Why Creative People Sometimes Make No Sense. Photo by Sophia. 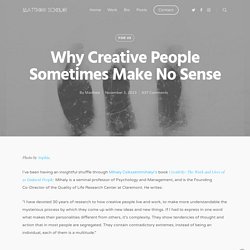 I’ve been having an insightful shuffle through Mihaly Csikszentmihalyi’s book Creativity: The Work and Lives of 91 Eminent People. Mihaly is a seminal professor of Psychology and Management, and is the Founding Co-Director of the Quality of Life Research Center at Claremont. Μ Mooh - (A Beginner’s Guide to Wine) Beques. Mamamia. Wherabouts, cool places. New study reveals sex makes you smarter, and causes brain growth - by Terrence Aym. By Terrence Aym Created on : September 19, 2012 Sex has been credited for many benefits since Adam met Eve. 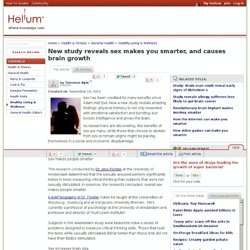 Now a new study reveals amazing findings: physical intimacy is not only rewarded with emotional satisfaction and bonding, but boosts intelligence and grows the brain. As researchers are discovering, the benefits of sex are many, while those that choose to abstain from sex or remain virgins might be placing themselves in a social and economic disadvantage. Glowing Bubbles - How to Make Glowing Bubbles. Bubbles are already awesome, but glowing bubbles are even better. 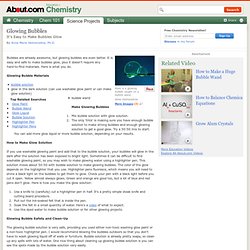 How Gmail Has Evolved Over the Years. Gmail turned 9 this month, and before we know it, it will be heading off to middle school. 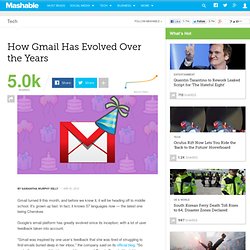 It's grown up fast. In fact, it knows 57 languages now — the latest one being Cherokee. Google's email platform has greatly evolved since its inception, with a lot of user feedback taken into account. "Gmail was inspired by one user’s feedback that she was tired of struggling to find emails buried deep in her inbox," the company said on its official blog. "So we built a new email that leveraged the power of Google Search. Biblioteca virtual reúne mais de 150 bilhões de sites. Mosh Pit Math: Physicists Analyze Rowdy Crowd. Hide captionFans in the mosh pit during the performance of Liturgy at the 2012 Pitchfork Music Festival in Union Park, Chicago, on July 14, 2012. 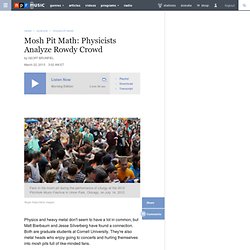 Roger Kisby/Getty Images Fans in the mosh pit during the performance of Liturgy at the 2012 Pitchfork Music Festival in Union Park, Chicago, on July 14, 2012. Physics and heavy metal don't seem to have a lot in common, but Matt Bierbaum and Jesse Silverberg have found a connection. Both are graduate students at Cornell University. 'A parkrun is an unusual, even beautiful sight' Runners at the start of Leeds parkrun, one of dozens that have sprung up worldwide. Photograph: Gareth Copley/PA Stand on the corner of Park Road and Chestnut Avenue at 9am on a Saturday, look south, and a kilometre away through the misty morning stillness a dark, rumbling cloud is visible, closing fast.

Out of the centre of it, on the wide strip of grass between the road and the trees, colours emerge, then shapes, and just as you expect to hear Ride of the Valkyries and consider diving for cover, you hear the thunder of feet: runners. 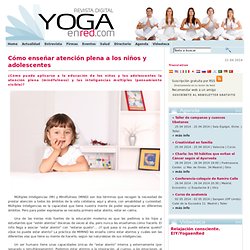 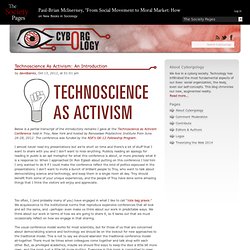 The conference was funded by the NSF’s GK-12 Fellowship Program. Five Presentation Mistakes Everyone Makes - Nancy Duarte. By Nancy Duarte | 2:00 PM December 12, 2012 We all know what it’s like to sit through a bad presentation. 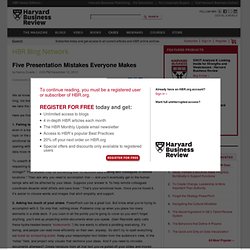 We can easily spot the flaws — too long, too boring, indecipherable, what have you — when we watch others speak.