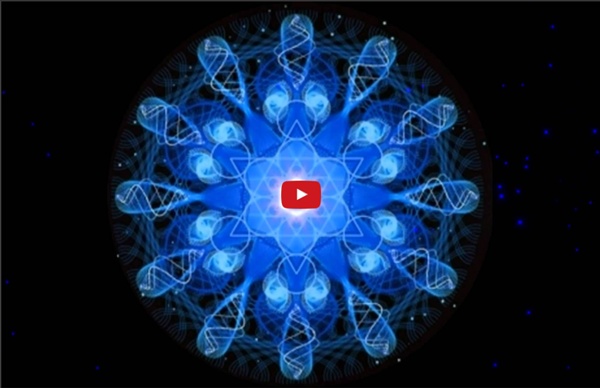 The 8th Chakra and the Universal Heart First published in Kindred Spirit magazine Mar/Apr 2007 If you find yourself almost overwhelmed by the emotion of a sunset or by the sight of suffering and you feel as though you are breaking open with joy or compassion, the chances are that your 8th chakra is opening. Over five millennia ago, the Vedic spiritual tradition of ancient India recognised that the consciousness of our ego-based selves is mediated through energetic vortices, or chakras. But we have known at a deep level that our personality energy field of seven chakras is incomplete. Error Feedback: Skill Acquisition Theory As noted in the previous post on theory in error feedback, the research on expertise and ACT-R Theory suggest that learning a language is similar to learning other activities like chess, music, and math. In this post, we'll look at Skill Acquisition Theory (SAT), which is based upon the work in ACT-R. Robert DeKeyser (2007) has a good overview of Skill Acquisition Theory. (See Theories in Second Language Acquistion.) As he notes, development has three stages: declarative, procedural, and automatic (from ACT-R Theory).

Scientists Quantify & Graphically Chart Alignment Of Human Chakras In Various Emotional States Electrophotonic analysis in medicine is something that’s been gaining more attention from scientists and researchers from all over the world. It’s another case -of many -that demonstrates how humanity is continually moving toward a scientific understanding of what is considered Ancient Eastern Mysticism. In the mid-nineties, Konstantin Korotkov, Professor of Computer Science and Biophysics at Saint-Petersburg Federal University of Informational Technologies, Mechanics and Optics, developed a scientific device based on the ancient Chinese system of energy meridians. It’s for measuring the bio-energy of living organisms, as well as the environment. The device provides a painless evaluation that can highlight potential health (physiological and psycho-emotional) abnormalities, it’s called the GDV. (1)

Chakra From an 1899 Yoga manuscript in the Braj Bhasa language. Their name derives from the Sanskrit word for "wheel" or "turning", but in the yogic context a better translation of the word is 'vortex or whirlpool'.[1][note 1] The concept of chakra features in tantric and yogic traditions of Hinduism and Buddhism. Etymology[edit]

Sacred Centers - The Chakras Portal - Pathways for Personal and Global Transformation - Chakras, Videos, Workshops and Books by Anodea Judith. The Chakra System originated within the yoga traditions of India, most specifically the Tantric period, circa 500 – 1000 AD. Therefore, yoga is an ideally designed practice to not only train your mind and body, but to access your chakras. The word yoga means yoke or union, and one can see how the chakra system represents the structural aspect of that yoke — the means through which mind and body, mortal and divine, connect. In that way yoga is the prime tool for accessing this sacred architecture of the soul. The postures listed below are grouped according to chakra. They are a guideline and by no means exhaustive.

7 Sacred Herbs for Activating and Harmonizing the Chakras By Justin Faerman Guest Writer for Wake Up World While the chakras themselves are energetic/etheric in nature, they each have corresponding physical organs, glands and systems in the body that can, and do, have an effect on their functioning. When the associated organ/gland/system is weak or out of balance, the relevant chakra will be under active; and when the associated organ/system is balanced and healthy, the chakra will generally be in harmony. This interconnectivity of the physical and etheric bodies goes the other way as well—if there is an energetic imbalance in a chakra, for example, as a result of emotional disturbances, then this can also cause the associated physical elements to become weak as well.

1: The Very Different World of Long-Term Illness When you develop a long-term illness, like Chronic Fatigue Syndrome or fibromyalgia, you may feel like you have entered a new world in which all the rules of life have changed and there is no obvious way forward. This perplexing situation can make you feel helpless. But there are many things you can do to gain control and improve your well being. This book will show you how to take an active role in managing your illness. We'll start by looking at how long-term illness is different from short-term illness and terminal illness. Short-term or acute illnesses are temporary problems that usually end because of medical treatment or the passage of time.

How to Nourish and Heal Your Energy Body EmailShare HJ: Science has now thoroughly proven the existence of an energy body and is beginning to understand what spiritual teachers and metaphysicists have long known — it is extremely important for your health and wellbeing, both physically and mentally-emotionally-spiritually. Just like you nourish your physical body with rest, proper diet, exercise and so on, your energy body, also known as your Aura, needs proper care. This is a profound, deep article going into much detail about this process. Enjoy. - Truth

Chakras Chakras Chakra means Wheel in Sanskrit. Consciousness and energy move from one frequency to another in spiraling fashion. The body has energy centers that look like spinning wheels and are called Chakras. They allow energy to flow from one part of the body to another. As with all things in our reality, they are linked to sound, light and color. Sound and the Chakras” - healingsounds.com Sound and the ChakrasBy Jonathan Goldman In 1980 I first began my study of the uses of sound and music as therapeutic and healing modalities. This study ultimately manifested with a Master’s Degree in Independent Study of the Uses of Sound and Music for Healing from Lesley University in Cambridge, Massachusetts. Keeping The Seven Chakras Healthy By Wes Annac Guest Writer for Wake Up World Chakras are literally the body’s etheric energy centers that bring through and interpret the creative energy of the higher realms, and we unknowingly use the energy that comes through them to create/sustain our reality and keep our bodies physically healthy.

Forget the Resolutions, Create a Vision Board that Works With the holiday buzz quietly behind us, are you still forging ahead with the new goals you wanted to implement into 2013, or, like most people, are you already noticing a backslide? It’s the middle of January, and studies show that 80% of our resolutions are now as out of our thoughts as the boxed up Christmas decorations. One of the reasons that resolutions are often sidetracked is that they cause us to focus on what we need to give up, instead of asking for more of what we want.