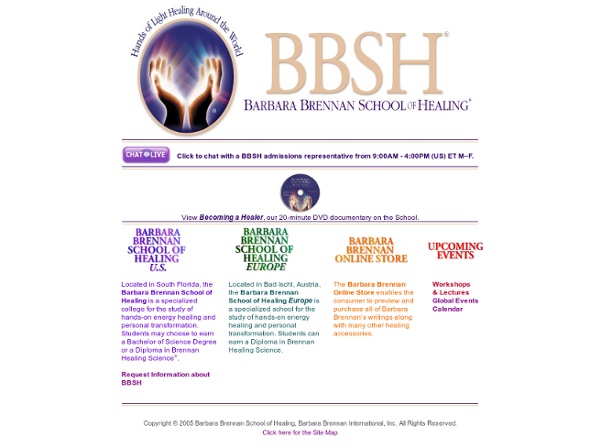 Healing Energies Back to home page - - - Back to Updates - - - DNA Upgrades-The New You From "Light Emerging" and Hands of Light" by Barbara Ann BrennanPublished by Bantam Books Copyright Barbara Ann Brennan Illustrations by TJ Schneider, Joan Tartaglia and Jos. Smith ENERGETIC DEFENCE SYSTEMS (above) DEFENCE AND PUSH REACTION (above) SCHIZOID DEFENCE AND PUSH REACTION (above) COUPLE IN LOVE (Auric Fields) (above) HEALING WITH SPIRIT GUIDES (above) HEALING RESPONSE TO RIGID DEFENSE (above) From "Gods in Amnesia" by Nick Armstrong Copyright Nick Armstrong Published by 2012 Unlimited Back to top HT Teacher I Recommend "The Secret Behind The Chakras" By Laura Lee Mistycah The information I'm about to disclose to you may shock you, may scare you, and may upset you…OR it may LIBERATE YOU....(which is what it is intended to do.) Last October during our Knights Training in Spokane, we had a small but very powerful group who made quantum leaps personally as well as for the Indigo Nation and the Planet during that time. One of the agendas for the class was to solve problems from members of the Indigo Nation. The subject that came up about an Indigo that had challenges with her 3rd eye being tampered with. Here are pictures of the chakra system from Barbara Brennan's book, "Hands of Light." Here is a picture that illustrates how the chakras are used to "Steal energy" or "Vampire Energy" from others. What we discovered was: 1- The Chakra system is an imposed system that is NOT our natural state. 2- The chakras or "Cones" were placed there so that specific energies could be accessed. NOTE! "I lay down in the "Star Meditation" position. NOTICE!

About Somatic Experiencing | Post Traumatic Stress Disorder | Trauma Healing | Continuing Education For Mental Health Professionals About Somatic Experiencing (SE™) SOMATIC EXPERIENCING (SE™) is a potent psychobiological method for resolving trauma symptoms and relieving chronic stress. It is the life's work of Dr. SE offers a framework to assess where a person is "stuck" in the fight, flight, freeze, or collapse responses and provides clinical tools to resolve these fixated physiological states. Trauma and the Science Behind SE Trauma may begin as acute stress from a perceived life-threat or as the end product of cumulative stress. In his studies, Dr. All mammals automatically regulate survival responses from the primitive, non-verbal brain, mediated by the autonomic nervous system (ANS). Although humans are similarly designed to rebound from high-intensity survival states, we also have the problematic ability to neo-cortically override the natural discharge of excess survival energy. SE does not require the traumatized person to re-tell or re-live the traumatic event.

Barbara Brennan's explanation of the chakras The chakras according to Barbara Brennan (diagnostic view) diagram from Hands of Light, Bantam New Age books, 1988, p.46. The contemporay holistic healer Barbara Brennan goes into some detail regarding the chakras. In this she is following the Theosophists like Leadbeater, Alice Bailey, David Tansley and many others. Like them, she adopts the Tantric model of seven chakras but modifies it quite drastically, the chakras being no longer organs of yogic consciousness but rather etheric (and astral, and mental...) vortexes (see above illustration), which serve as transformers that receive and process cosmic energy, as well as enabling expression and healthy functioning of the individual's own consciousness and psycho-physical make-up. Barbara Brennan's unique contribution is to have not one but two rows of chakras, arranged in pairs located at the front and rear. Table by BearCY (slightly modified) The chakras and the human aura according to Barbara Brennan - from Links images not loading?

Clarus Center | Health. Wellness. Community. Barbara Brennan Barbara Ann Brennan (born 19 February 1939) is an American author, physicist,[1] spiritual healer, businesswoman and teacher working in the field of energy healing. In 2011, she was listed by the Watkins Review as the 94th most spiritually influential person in the world.[2] Education and early career[edit] Ideas and theories[edit] Brennan's concept of hara[edit] In her second book, Light Emerging, Brennan added, to her model of human subtle energies, the dimension of "intentionality" called hara . She also talks about the corestar. Barbara Brennan School of Healing[edit] In 1982, she closed her private practice in New York City and established the Barbara Brennan School of Healing, designed to train professional healers. Publications[edit] Hands of Light: A Guide to Healing through the Human Energy Field, Bantam, 1987. See also[edit] References[edit] External links[edit] Barbara Brennan's website

masaru emoto In all of these experiments, distilled water for hospital usage produced by the same company was used. Since it is distilled twice, it can be said that it is pure water. The result was that we always observed beautiful crystals after giving good words, playing good music, and showing, playing, or offering pure prayer to water. On the other hand, we observed disfigured crystals in the opposite situation. Moreover, we never observed identical crystals. I published these results as photograph collections: “Messages from Water 1” (1999), “Messages from Water 2” (2002), “Messages from Water 3” (2004), and “Messages from Water 4” (2008). This world is filled with wonders and mysteries that get more incomprehensible if we try to think of a reason. Thus, except for some of truly basic things, no one disagrees that there are still so many unknowns. Combination of non-resonating vibration can result in destructive energy, and nothing can be created out of it.

The Q'ero Energy System After reading the Joan Parisi Wilcox's Masters of the Living Energy: The Mystical World of the Q'ero in Peru, I felt inspired to pictorally represent the energy system of the human body as depicted by the Q'ero. In the Western world, we have adopted the Hindu system of the chakras as our primary reference point to what we call the aura, or the invisisble field of energy which surrounds our body. The aura is usually seen as a spiritual essence integrated with the physical being, though Dr. Valerie Hunt studied this field in a series of scientific experiments and has revealed otherwise. Dr. Hunt, in her book Infinite Mind: Science of the Human Vibrations of Consciousness, has uncovered that there is indeed a continuous electromagnetic field which surrounds the human body, unique the other on-and-off eletric signals of the heart, brain, and muscles. To the Q'ero, this field of energy is as real as any other aspect of mundane life.