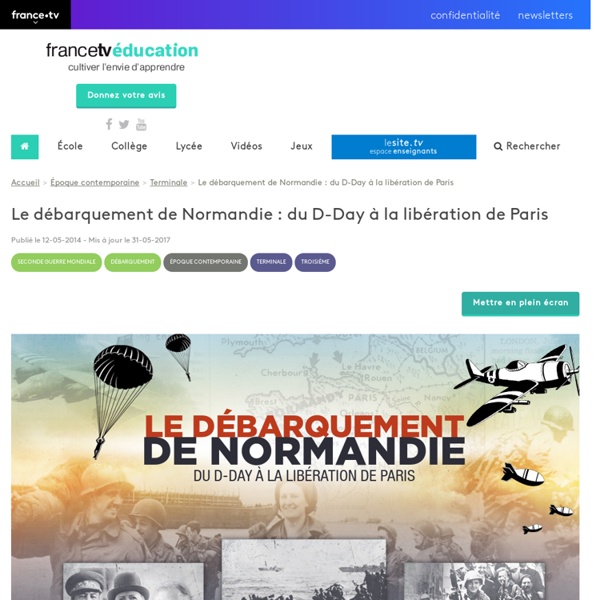 When the Nazis Tried to Bring Animals Back From Extinction Born to the director of the Berlin Zoo, Lutz Heck seemed destined for the world of wildlife. But instead of simply protecting animals, Heck had a darker relationship with them: he hunted and experimented with them. In the new movie The Zookeeper’s Wife (based on a nonfiction book of the same title by Diane Ackerman), Heck is the nemesis of Warsaw zookeepers Antonina and Jan Zabinski, who risk their lives to hide Jews in cages that once held animals. All told, the couple smuggled around 300 Jewish people through their zoo. Not only was Heck tasked with pillaging the Warsaw Zoo for animals that could be sent to Germany, he was also at work on project that began before the Nazis came to power: reinvent nature by bringing extinct species back to life.

Carte interactive des camps de la mort Dachau, the first camp. Auschwitz, where more than 1 million Jews, Roma (Gypsies), Poles, Soviet prisoners of war and others were killed. But as horrific as they were, they were only three camp complexes in a system of more than 850 ghettos, concentration camps, forced-labor camps and extermination camps that the Nazis established during the 12 years Adolf Hitler was in power. By the end of World War II in 1945, the death camp system stretched from France and the Netherlands in the west to Estonia, Lithuania and Poland in the east. There were 20 main concentration camps, many of which had many subcamps, according to Geoffrey Megargee, the editor of the U.S. Auschwitz survivors remember a living hell Oswiecim (Poland) (AFP) - "I really thought it would be my last journey ... I weighed 32 kilos (70 pounds)." Three quarters of a century have passed but all those years cannot dim the memories of Esther Senot as she recalls the horrors of Auschwitz. As survivors of the Nazi death camp gather near the infamous "Arbeit macht frei" (work makes you free) inscription at the gate to what was once their living hell, Raphael Esrail also reflects.

Nazi Code-Making Enigma Machine Is Up for Auction A rare Enigma machine — a German gadget that encoded secret messages during World War II — is up for auction. The device is unique, even among Enigma machines. That's because it has a German navy-designed, three-cipher rotor (M3), and it even has a proper name: the Funkschlüssel. The Nazis used Enigma machines before and during WWII, from 1934 through 1945, to send directives that their enemies couldn't decipher. But as the war drew to a close, the Germans began to destroy these machines to keep them out of Allied hands. [Photos: German WWII Base Discovered on Arctic Island]

German WW2 bomb leaves giant crater in field Image copyright Westhessen police It was not immediately clear what caused a blast so powerful that it registered as a minor earthquake. The blast, at 03:52 (01:52 GMT) on Sunday, startled residents near the central German town of Limburg, leaving a crater 10m (33ft) wide and four metres deep in a field.