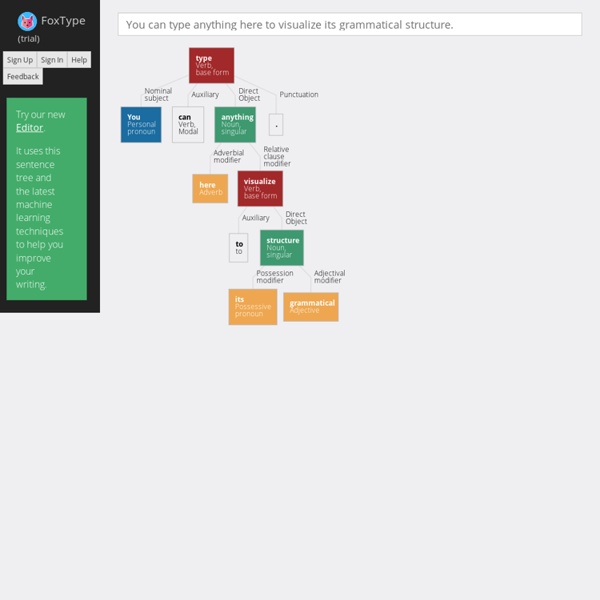 economist BIOLOGISTS reckon that most species that have ever existed are extinct. That is true of words, too. Of the Oxford English Dictionary’s 231,000 entries, at least a fifth are obsolete. They range from “aa”, a stream or waterway (try that in Scrabble), to “zymome”, “that constituent of gluten which is insoluble in alcohol”. That is surely an undercounting. The English have an unusually rich lexicon, in part because first they were conquered (by the Vikings and Norman French) and then they took their turn conquering large swathes of the Earth, in Asia, North America and Africa.

The Personal World Clock timeanddate.com Search Site / Articles City / Country Social Share this page / Follow us on: The Truth About Publishing - Ian Irvine Ian Irvine Author of 32 novels including the internationally bestselling Three Worlds epic fantasy sequence – over a million print copies sold. Lesson 1: Got expectations? Lower them Grammar Girl Mignon Fogarty is the creator of Grammar Girl and the founder and managing director of Quick and Dirty Tips. A magazine writer, technical writer, and entrepreneur, she has served as a senior editor and producer at a number of health and science web sites. She has a B.A. in English from the University of Washington in Seattle and an M.S. in biology from Stanford University. Mignon believes that learning is fun, and the vast rules of grammar are wonderful fodder for lifelong study. She strives to be a friendly guide in the writing world. Her archenemy is the evil Grammar Maven, who inspires terror in the untrained and is neither friendly nor helpful.

Printable Writing Journal Ideas How old were you four years ago? Describe some things you can do now that you could not do then. (critical thinking writing) Help us preserve your dialect: tell us about the unusual words you use Picture yourself heading out for a jog. Now picture your footwear. What word would you use? Daps, pumps, plimsolls, sand shoes, sannies, gutties, sneakers, runners or trainers? Two tips for making gap fills in Word. – tekhnologic This example of a gap fill exercise has a column on the right-hand side for ‘betting’ if you have the right answer. This activity is also similar to a Grammar Auction. These two pictures show the same gap fill exercise. It’s just the formatting that is different.

The 10 Types Of Writers' Block (And How To Overcome Them) Writer’s Block. It sounds like a fearsome condition, a creative blockage. The end of invention. But what is it, really? Verb-Adverb Charades Subjects Arts & Humanities --Language Arts --Theater Arts Grade [facebookbadge] Brief Description Verbs and adverbs take center stage in this lively activity. The Titanic - First Class Passengers The maiden voyage of the Titanic had attracted a number of rich passengers. A first class parlour suite cost £870 while a first class berth cost £30. The following are some of the more well-known first class travellers. John Jacob Astor The richest passenger aboard was multi-millionaire John Jacob Astor. He was travelling with his second wife, Madeleine, who was five months pregnant.