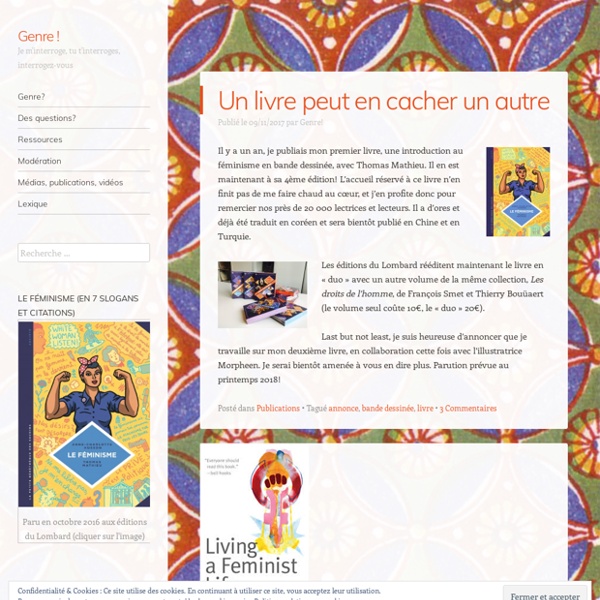 No, The Existence of Trans People Doesn't Validate Gender Essentialism By now, it should be no secret that allyship with trans people is a core component to intersectional feminist thought. Yet there is still one question I consistently hear from well-intentioned friends and colleagues: “Don’t trans people validate the idea that men and women must exist within certain societal roles? Doesn’t it perpetuate gender essentialism?” This question – conjoined with the constant assault of doubt and skepticism aimed at the entire existence of trans identities – has likely haunted a fair share of politically conscious trans activists themselves at one point or another over the course of their transition. To answer this question, we’ll need to start by defining gender essentialism:

feministfrequency Content Warning: This educational episode contains graphic sexual and violent game footage. In this episode we explore the Women as Background Decoration trope which is the subset of largely insignificant non-playable female characters whose sexuality or victimhood is exploited as a way to infuse edgy, gritty or racy flavoring into game worlds. These sexually objectified female bodies are designed to function as environmental texture while titillating presumed straight male players.

sans titre Diodorus Siculus, History 32.12 “Similarly in Naples and many other places there are accounts that sudden changes like this happened—not that male and female were naturally built into a two-bodied type (for that is impossible) but that much to the surprise and mystification of human beings, nature forms some parts of the body deceptively. This is why we think it is right to describe these kinds of sex changes: not to entertain but so we can help those who are reading this.