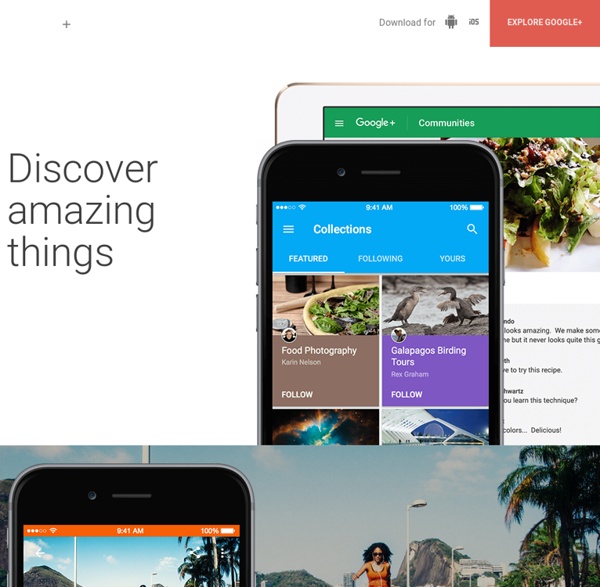 25 Google Drive Tips You’ve Probably Never Heard Before Recently I moved over from Dropbox to Google Drive and found a few unexpected benefits. At first I had a little trouble managing the space since the 1TB on my Google Drive was bigger than my HDD, but after I got that sorted I started to learn some of the deeper features of Google Drive, some of which are pretty cool. Below is a list of the top tips and tricks I have learned from playing with Google Drive over the last few months. Work Well with Others Google drive got it’s early breaks in the market by being far superior at collaborating with others than any other tool out there. Get help using iCloud Photo Sharing and shared albums After you turn on iCloud Photo Sharing, you might have questions about shared albums, comments, likes, invites, videos, and more. Shared albums How do I back up a shared album? What do I need to view and share videos, contribute to other people's shared albums, and comment on or like photos and videos?If I'm using iOS 6, can I view photos and videos contributed by subscribers who are using iOS 7 or later? Comments and likes Why can't I see new comments in my shared album, or why do I see comments that were deleted? Can I change the name that I use to comment on a shared album?

Christian mythology Christian mythology is the body of myths associated with Christianity. Within contemporary Christianity, the appropriateness of describing Christian narratives as “myth” is a matter of disagreement. George Every claims that the existence of "myths in the Bible would now be admitted by nearly everyone", including "probably all Roman Catholics and a majority of Protestants".[1] As examples of biblical myths, Every cites the creation account in Genesis 1 and 2 and the story of Eve's temptation.[1] Guide to Using Twitter in Your Teaching Practice : KQED Education Are you interested in using Twitter or other social media as a teaching tool? Our culture has transformed significantly where online distribution of ideas has become commonplace. Our students’ needs have shifted and they require digital citizenship skills. We’ve seen all sorts of creative use cases, but here are the most common forms: Teachers and students use Twitter for communication and conversation so they can keep the in-class discussion going after class!

Ten Minutes of Connecting: Day 19 – Collaborating with Google Docs Today’s 10 minutes of connecting is a beginner’s look at collaboration with Google Docs. There are very few places that don’t use Google Drive today to collaborate on notes, projects, presentations, thinking, etc. Google Drive allows you to create different types of shared files, like spreadsheets and presentations.

Norse rituals Norse pagan worship is the traditional religious rituals practiced by Norse pagans in Scandinavia in pre-Christian times. Norse paganism was a folk religion (as opposed to an organised religion), and its main purpose was the survival and regeneration of society. Therefore, the cult was decentralized and tied to the village and the family, although evidence exists of great national religious festivals. The leaders managed the cult on behalf of society; on a local level, the leader would have been the head of the family, and nationwide, the leader was the king. Pre-Christian Scandinavians had no word for religion in a modern sense.

Ten Minutes of Connecting: Day 20 – How Leaders Use Google Drive for Collaboration Today we are building on some of the learning you have been doing in this series. We have focused on a number of tools to help you connect. We hope that you are continuing to set aside 10 minutes each day to connect through one of those tools, or to learn something new with us. E-Learning … When Does the Lesson Begin? A few weeks ago I had the opportunity to sit down with a brand new client and discuss new training initiatives within their organization. The goal was to create a training program for their 1st level supervisors to improve leadership skills and increase retention rates for entry level employees. Sounds fairly straight forward. Right? Well, as the meeting wore on I started to realize that we were dealing with much more than just an issue of supervisor training. We were dealing with a situation where change needed to be facilitated within the very culture of this organization.

Google+ officially splits into Photos and Streams Google is splitting Google+ apart, breaking the social network's photo element away from what it's now calling "Streams." Bradley Horowitz, a longtime Google VP of product, announced that he had become the new lead for both new products, Google Photos and Streams, in a post on Google+ today. Horowitz steps into the role vacated by David Besbris, who took over the top job at Google+ less than a year ago. Hangouts will continue on Scientists Begin to Unravel Gigantic Space Ribbon This 3-D diagram shows the ribbon (grey) wrapping around our bubble-like heliosphere like a belt. Grey lines show the interstellar magnetic field lines astronomers believe creates this mysterious ribbon. Credit: Adler Planetarium/IBEX Team In 2009 astronomers using NASA’s Interstellar Boundary Explorer (IBEX) spacecraft accidentally came across a giant ribbon-like formation snaking its way across the boundary between our solar system and interstellar space. Ever since, its true nature has remained a riddle astronomers have been unable to solve.

All your team members or clients need to join a Google Hangout is a Google login and a webcam. Launch the application from inside Google Plus then invite up to 10 people to join you. What makes Hangout unique is that it allows you to view and collaborate on Google docs while still maintaining visual contact with multiple people on the webcam. You can also add voice-only participants by clicking the "Telephone" tab at the top of the page, or the "+telephone" link on the left side of the invite screen. Voice calls are free in the U.S. and Canada. International fees range from 2 cents to $1 a minute depending on the country and if it's a landline or mobile phone. Since no download is required, Google Hangout is one of the fastest ways to set up a virtual meeting. by pragmantic Nov 9