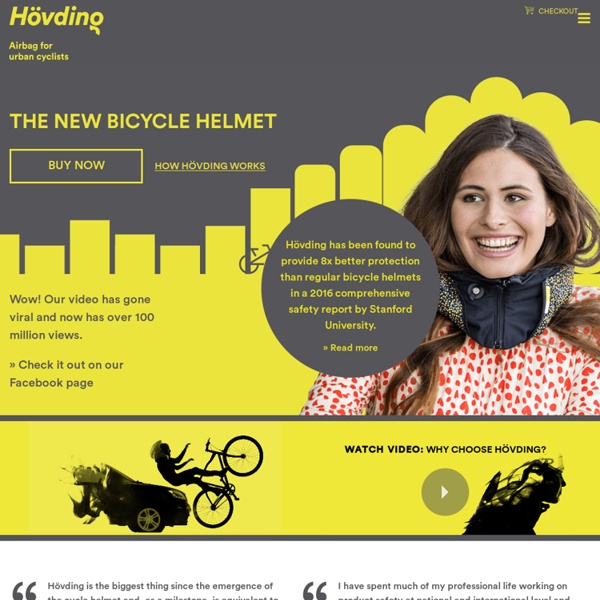 Zero Rolls Out a Rugged Electric Motorcycle for Special Ops | Autopia Electric motorcycles just went from practical to tactical with the Zero MMX, the first all-electric bike developed specifically for the U.S. Special Operation Forces. The MMX was built under military contract by Zero’s engineering team, and as you’d expect of a bike destined for combat, it packs a battle-ready combination of rugged, stealthy tech. The Zero is silent when stopped, barely audible while on the move, and puts out a minimal heat signature to keep the SOF safe and undetected. Naturally, the headlight can be switched off, there’s an override and reserve power to extend the range, and a specialized dash with keyless ignition that lets the rider hop on and quickly blast away as the beefed up motor puts down 68 pound-feet of torque. So what about that creek the Green Berets have to ford? All photos: Zero

Treehouses for All Occasions There's something about a treehouse that appeals to all of us. Maybe it's the view, or getting close to nature, or reliving childhood memories. There are many ways to enjoy treehouses, no matter what age you are. A Treehouse Protest Beginning in 1997, Julia Butterfly Hill spent two years in a treehouse, 180 feet up in a tree named Luna to protest old-growth logging. The Treehouse as Art The Steampunk Tree House is a 30-foot-tall interactive work of art first exhibited at Burning Man. Hotels Sanya Nanshan You can find treehouse hotels all over the world. The Tree Houses Hotel The Tree Houses Hotel is a bed and breakfast in Costa Rica, in the rain forest near Arenal Volcano. Cedar Creek Treehouse Cedar Creek Treehouse at Mt. Permanent Homes If you want to live in a treehouse all the time, there are ways to do it. Grownup Retreats Treehouse Teahouse Japanese professor of architecture Terunobu Fujimori built his boyhood dream in his father's garden in 2004. Free Spirit Spheres For Kids Tree Tent

This Country Is Planning Its Entire Transportation System Around Electric Tricycles There are 3.5 million tricycles in the Philippines, and they’re mostly ridden by adults. Conventional motorbikes with metal passenger sidecars welded to their sides, the trikes are one of the many quirky aspects of public life here that delight tourists and, for locals, provide the bulk of public transportation in provincial cities across the country. They’re also loud and dirty, roaring through the streets and spewing black smoke from rattling tailpipes. But the ubiquitous Manilan tricycle may soon get a makeover. With silent, no-emission engines, the fleet of e-bikes would cut down on noise pollution and reduce the amount of carbon dioxide released into the atmosphere by an estimated 260,000 tons per year. The proposal seems like a solid win for the environment, and an opportunity for the country to poise itself as a leader in sustainable transport. He’s also wary of some details of the project’s implementation.

Wind-powered Knitting Machine Posted by Lisa Smith | 29 Apr 2010 | Comments (3) Though you probably wouldn't be able to power much with a bite-sized wind-turbine out the window of your city apartment, this one, at least, will make your sweaters for you. This device makes no aspirations to convert wind to electrical current, harnessing the rotational energy to spin gears and knit tubes of infinite length. It's quite a smart way to think about all the ways we can harvest the potential around us. especially if applied at the scale of a factory. The machine was made by RCA grad Merel Karhof. Thanks, Rebecca!

AyxEQ - Concept Vehicle by Mohammad Ghezel Nature in Car Design One look & it’s clear the aesthetic of the AyxEQ concept vehicle is all about bug-like biomimicry! It’s designed to take the driving out of driving, providing passengers with a myriad of autonomous options & safety features so they can sit back & relax. These include pedestrian detection, night vision, park assist, drowsiness detection & a collision avoidance system inspired by grasshoppers’ ability to simultaneously jump without running into each other. Inside, creature comforts like reconfigurable memory form seating, WiFi, & an array of entertainment options help passengers pass time while the vehicle navigates. Designer: Mohammad Ghezel

What’s Up With That: Building Bigger Roads Actually Makes Traffic Worse | Autopia Stuart Dee/Getty I grew up in Los Angeles, the city by the freeway by the sea. And if there’s one thing I’ve known ever since I could sit up in my car seat, it’s that you should expect to run into traffic at any point of the day. Yes, commute hours are the worst, but I’ve run into dead-stop bumper-to-bumper cars on the 405 at 2 a.m. As a kid, I used to ask my parents why they couldn’t just build more lanes on the freeway. What's Up With That Each week, we'll explain the science behind a strange phenomenon that you may be wondering about, or may be hearing about for the first time right here. The concept is called induced demand, which is economist-speak for when increasing the supply of something (like roads) makes people want that thing even more. But before we get to the solutions, we have to take a closer look at the problem. “We found that there’s this perfect one-to-one relationship,” said Turner. Now, correlation doesn’t mean causation. A freeway interchange in Los Angeles.

Robot valet to park cars at German airport Plane to catch and don't feel like hunting for parking? Travelers at Duesseldorf airport in Germany can soon leave the job to a robot valet. An airport spokesman says the robot, nicknamed Ray, starts work Tuesday and can be booked using a smartphone app. Thomas Koetter says all travelers need to do is leave their car in a designated area and confirm it's empty and ready to go. Then Ray or one of its cybernetic colleagues will take the car to one of 249 parking spaces reserved for robots. Koetter says the forklift-like machine can carry any standard car weighing up to 3 metric tons (3.31 tons) and is fully insured.

Millions Stranded By a Total Transportation System Collapse? Tokyo Has a Plan for That When Russian filmmaker Andrei Tarkovsky needed images of a future city for his science-fiction film Solaris (1972), he came, of course, to Tokyo. He shot a scene overlooking a mass of highways choked with traffic and crowded by endless rows of towering apartments to give the impression of a suffocating metropolis. “What makes us shudder is (this shot),” wrote Japanese director Akira Kurasawa in the Asahi Shimbun newspaper in 1977. “He turned flows of headlights and tail lamps of cars, multiplied and amplified, into a vintage image of the future city.” But four decades later, this “future” Tokyo doesn’t travel by car. Which makes one wonder: what if all those trains suddenly just stopped? That’s an ominous hypothetical that hasn’t escaped the city’s leaders. Something akin to this scene played out three years ago, when a 9.0-magnitude quake struck northern Japan at 2:45 p.m. on March 11, 2011, a Friday. Despite these contingency plans, the government remains concerned.

Sky cars to be built in Tel Aviv 24 June 2014Last updated at 13:08 ET By Jane Wakefield Technology reporter The skyTran system could help ease gridlocked roads An elevated network of hover cars is to be built in Tel Aviv. A 500m loop will be built on the campus of Israel Aerospace Industries (IAI) followed by a commercial network, according to skyTran, the company that will build it. Two-person vehicles will be suspended from elevated magnetic tracks, as an alternative transport method to congested roads, the firm promised. The system should be up and running by the end of 2015. The firm hopes the test track will prove that the technology works and lead to a commercial version of the network. The plan is to allow passengers to order a vehicle on their smartphone to meet them at a specific station and then head directly to their destination. The vehicles will achieve speeds of up to 70km/h (43mph) although the commercial rollout is expected to offer much faster vehicles.

Benefits skyTran is an economical mass transit system. Legacy mass transportation systems (such as trains and light rail) require massive infrastructures, high energy demands, and costly, complex vehicles. These cumbersome systems cost hundreds of times more than skyTran to build, maintain, and operate. Even freeways are dozens of times more expensive per mile to construct than the simple skyTran tracks which can be installed alongside existing roadways and walkways with minimal interruption to communities, businesses, and property. skyTran’s modular “snap-together” rails and supports are off-the-shelf components that can be put up quickly and easily. The vehicles are lightweight, streamlined, and inexpensive to mass-produce. Because of the low cost of fabrication, installation, and maintenance, skyTran can be capitalized faster than any other legacy transportation system.

Personal Rapid Transit grids - Contest 2011: National - Climate CoLab Pitch Install connected Personal Rapid Transit grids over the urban and suburban areas that house the densest 50% of the US population. Description Executive summary A large set of national problems are caused by our car-based transportation system. Left: SkyTran prototype at NASA Ames. Team Christopher Fry, Research Scientist, MIT Media Lab. What The most energy efficient and economical of the numerous PRT systems that have been proposed is called SkyTran. Stations A station is placed every mile along a guideway, but it is off the main line.The core of a station is just some extra track that runs parallel to the main track where pods can park for loading and unloading. A typical station can contain 5 pods. Guideway Grids A small city such as Boston could profitably have a 30 by 30 mile grid over it for a total of 1800 miles of guideway (2 miles of guideway per square mile). Freight Pods are driven by computer. Beyond The Grid Greenhouse Gas Target Why: Rationale for the proposal Why Not Cars? 1.

Why Mercedes Is Planning For A Future Of Suburbs, Not Cities Around the world, mega-cities are shooting up in the skies seemingly overnight, and according to some predictions, the planet's urban population will double in the next 40 years. But while urbanists are cheering for a future full of cities, Mercedes Benz is planning for a future of suburbs, at least in the U.S. "You’ll read in the media that the car is dead, Gen Y isn’t interested [in the car]. Part of our role in company is to take conventional wisdom and dispute it," says Eric Larsen, the director of Mercedes-Benz's society and technology research group, who is based at the company's R&D facility in Silicon Valley. "The U.S. is a unique market, with the rise of mega-suburbs, not mega-cities. Larsen points out that though mega-cities are transforming countries like Brazil, India, and China, the U.S. has an incredibly low density of urbanized areas. "The myth is that people are tired of suburbs and moving into cities. But the demographics have started to shift in recent years.