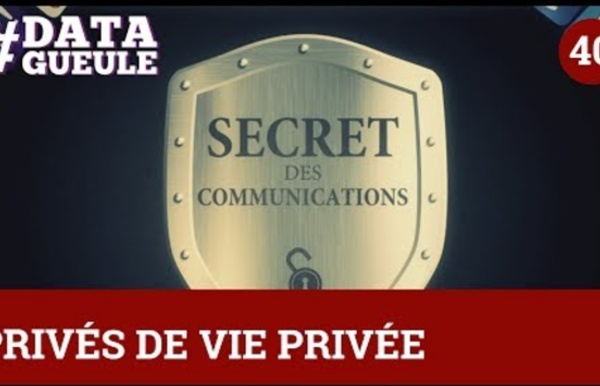 20 Social Networking Sites for Business Professionals Many of us actively use sites like Twitter and Facebook to promote our businesses. And those of us looking to connect with more business-related contacts may turn to sites like LinkedIn to develop relationships with people we have worked with or may want to work with. With the growing use of social networking by business professionals, there is a growing number of social networking sites focused on business users and meeting their needs. Here is a list of 20 social networking sites for entrepreneurs, business owners and professionals that are worth a look. Biznik – A community of entrepreneurs and small businesses dedicated to helping each other succeed. cmypitch.com – A business website for UK entrepreneurs to get quotes, advice and more.

Logical connective The most common logical connectives are binary connectives (also called dyadic connectives) which join two sentences which can be thought of as the function's operands. Also commonly, negation is considered to be a unary connective. In language[edit] Natural language[edit] IoT Raises New Legal Challenges For Business Privacy, security, and data ownership issues surrounding Internet of Things devices are creating a host of new legal questions and problems. Here's what's happening now, and what you need to know. Twitter's Top Data Science, Analytics, And BI Feeds (Click image for larger view and slideshow.) Drones, wearables, the Internet of Everything: As more and more data about individuals and businesses is collected and combined, new waves of litigation and lawmaking will follow.

Bill Gates: Yes, robots really are about to take your jobs Microsoft cofounder Bill Gates isn’t going to sugarcoat things: The increasing power of automation technology is going to put a lot of people out of work. Business Insider reports that Gates gave a talk at the American Enterprise Institute think tank in Washington, DC this week and said that both governments and businesses need to start preparing for a future where lots of people will be put out of work by software and robots. “Software substitution, whether it’s for drivers or waiters or nurses… it’s progressing,” Gates said. “Technology over time will reduce demand for jobs, particularly at the lower end of skill set… 20 years from now, labor demand for lots of skill sets will be substantially lower. I don’t think people have that in their mental model.” As for what governments should do to prevent social unrest in the wake of mass unemployment, the Microsoft cofounder said that they should basically get on their knees and beg businesses to keep employing humans over algorithms.

Crack down on genomic surveillance Across the world, DNA databases that could be used for state-level surveillance are steadily growing. The most striking case is in China. Here police are using a national DNA database along with other kinds of surveillance data, such as from video cameras and facial scanners, to monitor the minority Muslim Uyghur population in the western province of Xinjiang. Uberisation of Science - EuroScientist journal Welcome to this Special Issue of EuroScientist on: Uberisation of Science !1 Welcome to the special issue of EuroScientist focusing on uberisation of science. Much has been debated about the impact of technologies on the research and innovation process. The truth is that these changes signify the beginning of a new era.

When It Comes To Big Data Is Less More? Are brands spending too much time worrying about Big Data. Two Ivy League professors say yes. My oxymoronish title aside, two esteemed professors at an Ivy League school say that while those in the marketing world continue to struggle with how to handle all the data they are accumulating, they may in fact be wasting their time and more than likely need to go on what they refer to as a "data diet." The amount of data brands collect today from all the various channels: social media, email , mobile, and on and on is enormous. Over the past year or so I've written three different articles about Big Data including one in January 2012 entitled Why CMOs Need To Get Real About The Policy Implications Of Big Data . 6. Inheritance Mapping 6.1. Mapped Superclasses A mapped superclass is an abstract or concrete class that provides persistent entity state and mapping information for its subclasses, but which is not itself an entity. Typically, the purpose of such a mapped superclass is to define state and mapping information that is common to multiple entity classes. Mapped superclasses, just as regular, non-mapped classes, can appear in the middle of an otherwise mapped inheritance hierarchy (through Single Table Inheritance or Class Table Inheritance).

Ban Facial Recognition on Campus - BAN FACIAL RECOGNITION ON CAMPUS We all read Orwell's 1984 in high school, but some people didn't get the warning—facial recognition surveillance is spreading. If we don't speak out, soon every campus could be equipped with invasive technology that monitors everything we do, including who students hang out with, and what they do outside of class. It's time to ban facial recognition on campus before we have no liberties left! So whether you are a student, Alumni, Professor, Parent, Administrator, Employee, or Community Member, your voice matters. So fill out the form below to tell your school that you demand a campus free from facial recognition surveillance.

Creating the universe in a computer Astronomers face a unique problem. While scientists from most fields can conduct experiments—particle physicists build massive particle colliders to test their theories of subatomic material, and microbiologists probe the properties of microbes on petri dishes—astronomers cannot conduct experiments with the stars and planets. Even the most advanced telescopes can provide only snapshots of the cosmos, and very little changes during our lifetimes. Yet many questions remain, such as how the Milky Way formed, what dark matter is and the role of supermassive black holes at the center of galaxies. In an attempt to edge closer to answering these unsolved mysteries, some scientists have embarked on ambitious projects: creating virtual universes. Evolving the cosmos