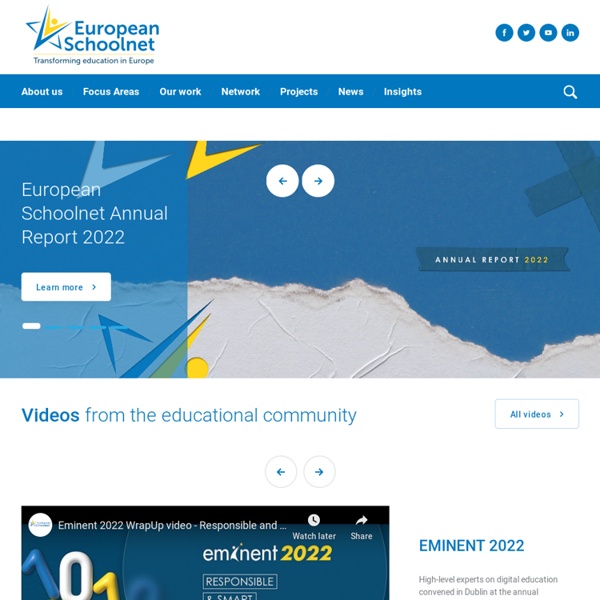 One vision of tomorrow’s college: Cheap, and you get an education, not a degree (Illustration by Doug Chayka) Higher education — increasingly unaffordable and unattainable — is on the verge of a transformation that not only could remedy that, but could change the role college plays in our society. Can you imagine the benefits of colleges having little bricks-and-mortar overhead, of each student being taught in ways scientifically tailored to their individual needs, of educators, students and researchers being able to capi­tal­ize on global intelligence?

MOOCs take their place in the corporate learning world According a report released by Technavio, the corporate e-learning market in the USA is predicted to reach a value of nearly $31 billion by 2020. Much of this can be attributed to the rapid advancement of technology, like mobile devices and cloud-based learning systems. Now, corporate learning is expanding to include free and low-cost learning opportunities to help bring more information into the workplace. A background on MOOCs Step by Step: Designing Personalized Learning Experiences For Students The phrase “personalized learning” gets tossed around a lot in education circles. Sometimes it’s used in the context of educational technology tools that offer lessons keyed to the academic level of individual students. Other times it’s referring to the personal touch of a teacher getting to know a student, learning about their interests and tailoring lessons to meet both their needs and their passion areas.

Author discusses new book, 'The Uberfication of the University' How much do Uber, Airbnb and other elements of the "sharing economy" explain the state of higher education? Quite a lot, according to Gary Hall, professor of media and performing arts at Coventry University, in Britain. He outlines his views in The Uberfication of the University, a short book (55 pages) published as part of the University of Minnesota Press Forerunners series on new ideas. Hall responded via email to questions about his book. Q: Many of the trends you reference (reliance on adjuncts who lack job security, state disinvestment in higher education) predate Uber and the sharing economy. Sixth form colleges left on starvation rations by government cuts, says report Sixth form colleges are on “starvation rations” as a result of government funding cuts that have put their survival at risk, according to a report. Almost four out of every 10 sixth form principals say it is likely their college will cease to be a going concern within five years, according to Tuesday’s report, while seven out of 10 say they cannot provide students with a quality education with the money they are set to receive next year. Research by the Sixth Form Colleges Association (SFCA), which represents England’s 93 sixth form colleges, reveals an alarming picture of a beleaguered sector “under serious threat”, with almost all college leaders worried about the financial health of their institutions. In contrast with schools, where the government has largely protected budgets, sixth form colleges have been subjected to three separate funding cuts since 2011, with the threat of more to come as the treasury seeks further savings.

LinkedIn doubles down on education with LinkedIn Learning, updates desktop site LinkedIn, the social network for the working world that now has some 450 million members and is in the process of being acquired by Microsoft for $26.2 billion, today took the wraps off its newest efforts to expand its site beyond job hunting and recruitment, its two business mainstays. The company has launched a new site called LinkedIn Learning, an ambitious e-learning portal tailored to individuals, but also catering to businesses looking to keep training their employees, and beyond that even educational institutions exploring e-learning courses. The new site was unveiled today in LinkedIn’s offices in San Francisco, and it comes about a year and a half after LinkedIn acquired online learning site Lynda.com for $1.5 billion. A large part of LinkedIn Learning is based on Lynda content, and goes live with some 9,000 courses on offer. LinkedIn education is available for LinkedIn Premium subscribers who look like they will get 25 new courses every week based on information on the site.

Letter to a young learner After a lifetime of being a student of my mother‘s — she was a gifted teacher who stoutly defended my right to color outside the lines — and ten years of teaching students at UC Berkeley and Stanford — I was rewarded by being able to recognize an important student when she came along. She is twelve. While she is bright in school, her interests are not those of her schoolmates or teachers. Web Literacy badges in GitHub I’m delighted to see that Mozilla have worked with Digitalme to create new Open Badges based on their Web Literacy Map. Not only that, but the badges themselves are platform-agnostic, with a GitHub repository containing the details that can be used under an open license. As Matt Rogers from Digitalme documents in A journey into the open, there’s several levels to working open: In a recent collaboration with the Mozilla Learning team – I got to understand how I can take our work to the next level of openness. Creating publicly available badge projects is one thing, but it’s another when they’re confined to one platform – even if that is your own.

Trends, challenges, and developments for higher education’s next 5 years What’s coming up for education and technology over the next five years? The New Media Consortium’s Horizon Report for higher education* just derived eighteen concepts for its upcoming report. Check ’em out, and tell the team if you have a project that fits into one or more of them. A quick note before approaching these: remember that the technology items are only 1/3rd of the current report.

Open Educational Thinkering As part of the Creative Commons certification project that We Are Open have been involved with, a request is going around with the #CCquest hashtag to name your ‘CC superheroes’. The idea is to tag five people who are ‘defenders of the commons’: What are the virtues of someone who is an advocate for Creative Commons? Education and Training Monitor calls for greater investment in education Member States must invest in education to avoid ‘educational poverty’, a Europe-wide report has found. The EU’s 2015 Education and Training Monitor said investment is needed to build more inclusive educational systems in Europe and combat unemployment. It called for Member States to focus efforts on improving the accessibility, quality and relevance of their education and training systems.

How to Turn Your Classroom into an Idea Factory By Suzie Boss The following suggestions for turning K-12 classrooms into innovation spaces come from Bringing Innovation to School: Empowering Students to Thrive in a Changing World, published in July by Solution Tree. How can we prepare today’s students to become tomorrow’s innovators? It’s an urgent challenge, repeated by President Obama, corporate CEOs, and global education experts like Yong Zhao and Tony Wagner. Virtually every discussion of 21st-century learning puts innovation and its close cousin, creativity, atop the list of skills students must have for the future. If we’re serious about preparing students to become innovators, educators have some hard work ahead.