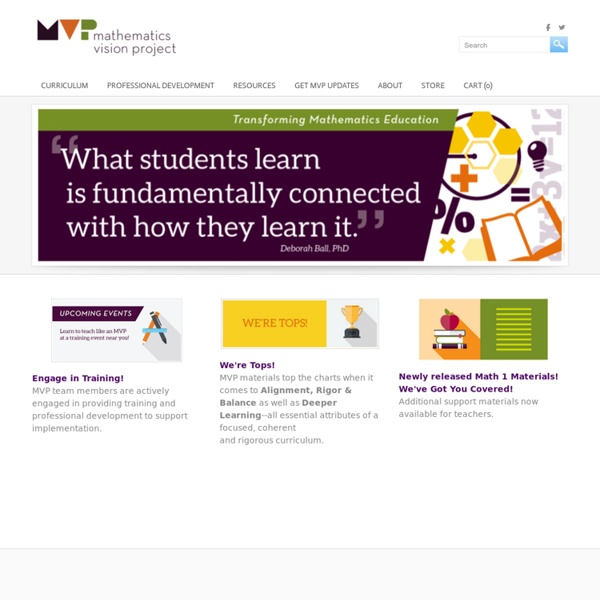 Common Core Curriculum Maps | Membership Common Core’s ELA Maps have been in use by teachers for over two years. During this time, the non-profit organization has established an unparalleled reputation for creating high-quality, low-cost curriculum tools based on the Common Core State Standards. Our Common Core Curriculum Maps, released in August 2010, were the first new, CCSS-based curriculum tools to come out after the standards were finalized. Written by teachers for teachers, our ELA Maps are detailed guides for creating CCSS-aligned lessons that delve deeply into key core knowledge content and utilize the best and most important literary and informational texts. The Maps are comprised of 76 units covering Kindergarten through 12th grade, and include: At Common Core, we recognize that implementing a new curriculum demands a significant investment of time and resources. 30% off (plus free shipping) the extended print edition of our maps published by Jossey-Bass. Please join us!

Creative Commons license This video explains how Creative Commons licenses can be used in conjunction with commercial licensing arrangements. Creative Commons licenses are explained in many languages and used around the world, such as pictured here in Cambodia. A Creative Commons (CC) license is one of several public copyright licenses that enable the free distribution of an otherwise copyrighted work. A CC license is used when an author wants to give people the right to share, use and build upon a work that they have created. CC provides an author flexibility (for example, they might choose to allow only non-commercial uses of their own work) and protects the people who use or redistribute an author's work, so they don’t have to worry about copyright infringement, as long as they abide by the conditions that are specified in the license by which the author distributes the work. There are several types of CC licenses. Applicable works[edit] Types of licenses[edit] Versions[edit] Rights[edit] Attribution[edit]

Infographics and the Common Core Information is all around us, but very little of what we digest daily is in the form of a traditional textbook. Advertisements make use of large images designed to catch our attention followed by product information. Social networks, like Pinterest, and Instagram capitalize on our attraction to images as sources of information. My biology textbook is three times the size of old textbooks from the 70′s, and a quick scan reveals that the pages are bigger, brighter and filled with colorful images. I’m always disappointed when a class discussion reveals that many of the students aren’t even looking at these pictures. Analyzing text structures is a major theme of the common core literacy standards. Check out some of these infographics at Images can be powerful and convey ideas in a brighter, bigger way than text can. 1) A daily or weekly infographic can be used to spark analysis and discussion. 5.

NSDL.org - National Science Digital Library Junior Mathematical Olympiad - United Kingdom Mathematics Trust Around 1,200 of the highest scorers in the JMC are invited to participate in the Junior Mathematical Olympiad. It consists of a two-hour paper of more in-depth mathematical problems to which there are two sections: Section A requires answers only whereas full written solutions are required for Section B. For some pupils this may be an unfamiliar exercise and an enjoyable introduction to this kind of mathematical activity. Papers are set and marked by the UKMT, as for the Intermediate Mathematical Olympiad. Note that papers are marked almost immediately after the JMO date as we aim to return them to all candidates before the end of the summer term. The top 25% of scorers receive a Certificate of Distinction; candidates who score below this and who qualified automatically for the JMO via the JMC receive a Certificate of Participation. Medals are allocated on the following basis. A book prize is awarded to the top 50 students in each paper. Questions and Solutions Booklet Top