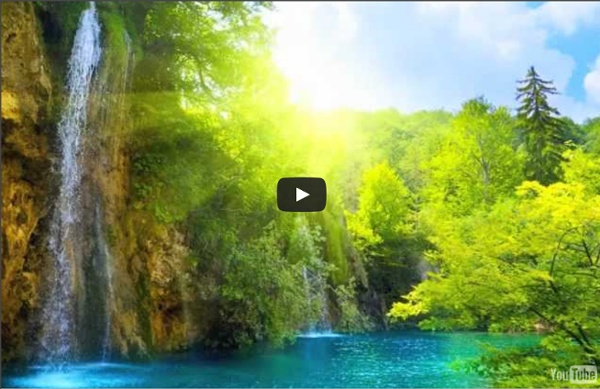 Related:  sound • 432Hz, 528 Hz and others frequences • Spirituality • Hz and other phenomena

How to Get “High” Without Drugs Binaural Beats are the products of two different sounds in harmony; they produce sounds that are only heard by the brain. The effect of this can be quite calming, relaxing and meditative. There are many different types of binaural beats that can suit your specific mood and also help with various ailments. Many people have said that if you are someone who generally has trouble with quieting the mind and meditation (like me), then binaural beats are likely to have a greater affect on your overall ability to reach the higher frequency states. Furthermore, studies have shown that these beats can assist with mental clarity, more focused thought patterns, increased energy, heightened creativity and many more positive changes for your overall wellbeing.

Core - The Power of Vibrations “In the beginning was the word.” The Big Bang Theory. What do they each express? The vibration of sound … the primordial sound … the power of vibrations … the life force … the vital spark that shows that living entities are more than a simple collection of chemicals … all this and more. In studies thousands of years ago the Hindus in India named these vibrations prana, while the Chinese called it ch’i and created their entire practice of medicine around this vibration of life. The Japanese call this power of vibration the ki. Information for Musicians 432 Hz - Wikileaks Sound and music consist of vibrations, the more vibrations per second, the higher the pitch. The unit for this is the Hertz, abbreviated Hz. 432 Hz is the natural "musical pitch" in the universe, as opposed to 440 Hz, which is the standard in the music nowadays in, for example, music albums and mp3 files. This musical pitch is the standard pitch of the diapason, which is the musical note A above the middle C, scientifically named A4.

Astrology & the Chakras In this article I would like to explore the exciting possibility of bridging two of history's greatest psychological systems -- astrology and the chakras. Conventionally, these two systems have been seen as having little or nothing to do with each other, the former primarily concerning the outer world, or macrocosm, and the latter involving the inner world, or microcosm. In fact, as we shall soon see, these two systems are but two sides of the same coin, each one complementing the other and thus enhancing our understanding of both. The basic system of correspondences I will be using here is drawn from teachers I have studied with in the Kriya Yoga lineage.1 The general system of "chakric horoscopes" and their guidelines for interpretation are my own, developed over more than a decade of working with these basic correspondences.

432 Hz and the Wizards of Oz Sound and music consist of vibrations, the more vibrations per second, the higher the pitch. The unit for this is the Hertz, abbreviated Hz.432 Hz is the natural “musical pitch” in the universe, as opposed to 440 Hz, which is the standard in the music nowadays in, for example, music albums and mp3 files.This musical pitch is the standard pitch of the diapason, which is the musical note A above the middle C, scientifically named A4.Most music worldwide has been tuned to 440 hertz since the International Standards Organization (ISO) endorsed it in 1953, following the prior recommendations of the Nazi party spokesman, Joseph Goebbels in 1939. Suffice to say, I will not waste good energy down the rabbit hole of conspiracy to expose another Illuminatti agenda, however I will quickly state that there was an organised effort to change Concert pitch to 440hz well back at the start of the last century to codify a New World Order of central pitch.440hz was pushed by J. C. My Related Articles:

Messages From Archangel Gabriel - With Shanta Gabriel Dear Ones, At the 12:12:12 activation, the core resonance for the Earth became aligned with Unity Consciousness. With every Gateway portal and code activation since that time, this resonance gained more stability, reflecting the Golden Ray of the Christ, Unity Consciousness throughout the Earth. During 2014 the new harmonics that create unity settle into the Earth’s field, awakening a resonant consciousness within the human form, while joyous harmonic activity is feeding the elemental forces within the core of the planet. The harmonics of light and sound have an impact on all structures of the Earth, activating a core resonance that vibrates outward.