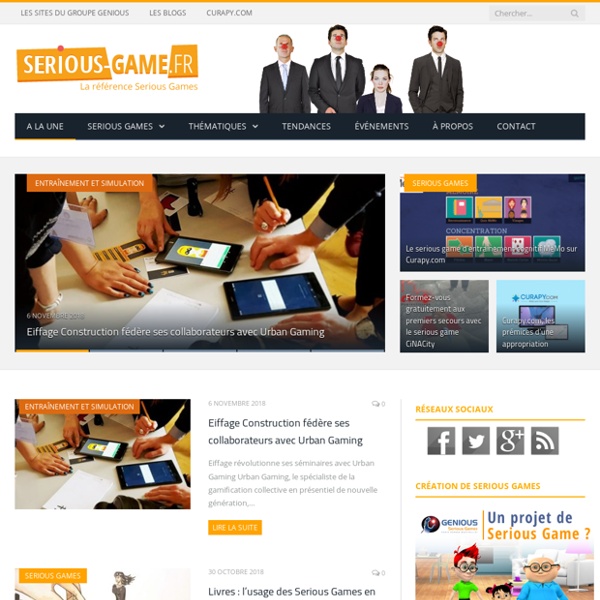 Gamification: What it means and how you can use it A group of scientists were struggling to solve a thorny problem: They were studying the structure of an enzyme similar to HIV, trying to understand the stability of the enzyme. This is a very hard problem, and traditionally scientists used to run computer simulations to try out various structures to study how stable they were. Since there can be billions of different ways the structure could form, computationally this was a very expensive and very long process. This particular problem had stumped the scientists for over 15 years. 17 Top-Rated Tourist Attractions in London It's little wonder London is one of the world's top tourist destinations, attracting upward of 15 million visitors each and every year. Britain's capital city is a vibrant arts and entertainment center (its theaters are always busy), and 50 years after the Beatles, the country's music scene still rocks. London also boasts one of the planet's greatest concentrations of cultural attractions. From royal palaces to the people's parliament, from Roman ruins to castles and cathedrals, you could spend endless days exploring London's sites without ever running out of unique things to see and do. 1 Buckingham Palace and the Changing of the Guard

MAKERbuino standard kit [PREORDER – shipping late January] Included in the package: unassembled MAKERbuino kit128MB SD card loaded with gamesUSB-TTL programmer board (for connecting your MAKERbuino to a computer and programming it) Ever wanted to build your own game console? MAKERbuino is what you need!

Silent Killer: Mental Illness and Videogames as Therapy Minutes after game developer Zoe Quinn got approval that her game Depression Quest was ready to launch on Steam, news of the death of Robin Williams by apparent suicide started spreading on social media. Therein lied a problem: Was the release too timely? Should she hold off? Games for Change Europe Educating, engaging and learning with video games. - The disruption of traditional educational models is underway and every year educators are facing an increasing challenge in engaging their students. To explore and discuss video games as a means of knowledge transfer and as a tool to change societies for the better, Games for Change Europe Festival brings together game designers, teachers , researchers, artists, psychologists, journalists and players. Video games in contemporary education. – What kind of knowledge and which skills can be taught through video games? What are the intersections between game design and pedagogy? On June 16, the shift of play and interactivity from mere entertainment to a language of knowledge transfer will be discussed. Video games as a new form of activism. – What are the values established through commercial videogames, what are the developers´ visions beyond the fun factor?

HOW TO: Use Game Mechanics to Power Your Business Shane Snow is a regular contributor to Mashable and tweets at @shanesnow. This post was co-authored by Phin Barnes, a principal at First Round Capital, SneakerheadVC and creator of the Xbox game, Yourself!Fitness. He has also served as a consultant to MTV games. Before Foursquare managed to storm social media, GPS friend finders and city guides did in fact exist. But, Foursquare quickly became a star, engaging hundreds of thousands of users in just a few months and turning them into evangelists for its product. How much ? ou How many ?-anglais Apprendre l'anglais > Cours & exercices d'anglais > Exercices d'anglais > test d'anglais n°29536 : How much ? ou How many ? Hello everybody ! How much / How many Petit rappel

GauGAN Turns Doodles into Stunning, Realistic Landscapes A novice painter might set brush to canvas aiming to create a stunning sunset landscape — craggy, snow-covered peaks reflected in a glassy lake — only to end up with something that looks more like a multi-colored inkblot. But a deep learning model developed by NVIDIA Research can do just the opposite: it turns rough doodles into photorealistic masterpieces with breathtaking ease. The tool leverages generative adversarial networks, or GANs, to convert segmentation maps into lifelike images. The interactive app using the model, in a lighthearted nod to the post-Impressionist painter, has been christened GauGAN. GauGAN could offer a powerful tool for creating virtual worlds to everyone from architects and urban planners to landscape designers and game developers. With an AI that understands how the real world looks, these professionals could better prototype ideas and make rapid changes to a synthetic scene.

Press to continue: How video game tech is changing cancer treatment Editor's note: This is the second story in a two-part series on how video games are changing medical treatment. Read the first part here. At an age when most kids start school and learn to ride bikes, Nico Poux was fighting for his life. Ubisoft CEO: Video games 'offer players the ability to shine as individuals' French video game publisher Ubisoft has emerged as one of the largest third-party game companies in the world today. Best known by gamers for hit franchises like Assassin’s Creed, Far Cry and the Tom Clancy-branded games, the developer has also captured mainstream attention with its Rabbids and Just Dance titles. According to Wedbush Securities video game analyst Michael Pachter, Ubisoft consistently sells 10 million copies of each Assassin’s Creed game, while its Far Cry titles sell between 6 and 8 million copies and Rabbids games routinely sell over 2 million copies. Ubisoft’s Just Dance franchise is nearing global sales of 50 million copies. Ubisoft has an instant hit with its open world action game, Watch Dogs, which has already sold over 4 million copies in just its first week at retail.

How Gamification Works - 3D GameLab Instead of courses consisting mainly of textbook learning and lectures, classes built using game mechanics such as badges, experience points, levels and leaderboards, boost student engagement by allowing students to choose from “quests” and progress at their own pace through a series of educational activities. Students are motivated due to personal choice and meaningfulness, real-time feedback, the ability to collaborate or compete, and over time, they learn stay persistent in learning due to prior successes. Quest tasks can range from listening to a podcast, collecting and analyzing real-time data, or watching a short video to partnering with a classmate for discussion or writing a short essay. As students complete each quest, they can level up to new assignments on their journey toward an “A.” Teachers have the ability to approve quests or put them on auto-approval so students can keep progressing while waiting for their teacher’s feedback on milestone work.