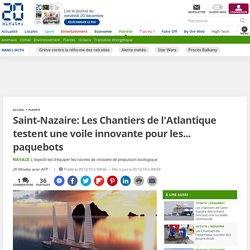 At COP25, indigenous groups are making sure their voices are heard. Global leaders and delegates from all manner of public and private organizations have spent the last two weeks gathered in the halls and chambers of the Feria de Madrid conference center for the United Nations Climate Change Conference, also known as COP25, discussing solutions for our overheating planet. 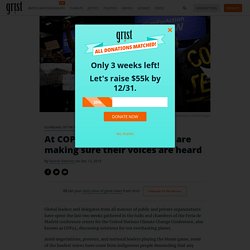 Amid negotiations, protests, and national leaders playing the blame game, some of the loudest voices have come from indigenous people demanding that any international climate policy include their expertise and interests. Last Friday, a large indigenous contingent led approximately 500,000 protesters on a march through Madrid’s city center in a monumental climate demonstration. Then on Monday, indigenous groups protested in front of the Canadian embassy, demanding that the government reject the Teck Frontier oilsands mine in Alberta. On Wednesday, the protests moved inside the COP25 venue in an action organized by several civil society organizations. Tell the EU: Side with people, not Big Polluters! - Corporate Accountability. The global climate treaty talks in Madrid should advance climate justice, not polluters’ profits. 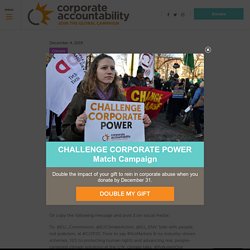 But Big Polluters and their mouthpieces like the International Emissions Trading Association are pulling out all the stops to push forward market-based schemes that fail to reduce emissions—but let polluters keep polluting. And governments like the EU are siding with them. Government delegates gathered in Madrid—and especially those like the EU that claim to be “climate champions”—need to know that people around the world are watching them. Rassemblons-nous pour le Climat à Foix Samedi 7 Décembre. Cement has a carbon problem. Here are some concrete solutions. The biggest carbon polluters don’t always advertise that fact loudly. 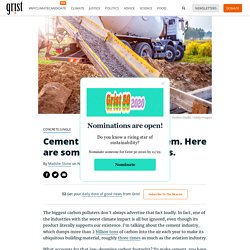 In fact, one of the industries with the worst climate impact is all but ignored, even though its product literally supports our existence. I’m talking about the cement industry, which dumps more than 2 billion tons of carbon into the air each year to make its ubiquitous building material, roughly three times as much as the aviation industry. CE MONDE TOUCHE À SA FIN, LE CAPITALISME NE FAIT PLUS ENVIE - FRANÇOIS RUFFIN. How humans kicked off the Pyrocene, a new ‘age of fire’ The Amazon, Alaska, and of course California — more of the world is going up in flames, and with climate change, that progression shows no sign of stopping. 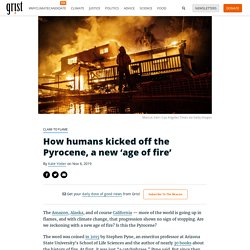 Are we reckoning with a new age of fire? Is this the Pyrocene? The word was coined in 2015 by Stephen Pyne, an emeritus professor at Arizona State University’s School of Life Sciences and the author of nearly 30 books about the history of fire. At first, it was just “a catchphrase,” Pyne said. But since then, he has started to take it more seriously. “We went to the top of the food chain because we learned to cook landscapes,” Pyne wrote in an essay. 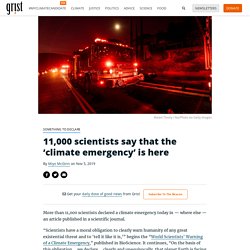 “Scientists have a moral obligation to clearly warn humanity of any great existential threat and to ‘tell it like it is,’” begins the “World Scientists’ Warning of a Climate Emergency,” published in BioScience. It continues, “On the basis of this obligation … we declare … clearly and unequivocally, that planet Earth is facing a climate emergency.” The declaration was co-written by William Ripple, a professor of ecology at Oregon State University and the founder of the environmental advocacy group Alliance of World Scientists, and undersigned by more than 11,000 scientists and climate experts.

These signatories aren’t the first to describe the present state of the climate as a crisis. Hundreds of governments of various sizes around the world, including New York City and the United Kingdom, have passed resolutions saying the same. Gullah Geechee worry their unique island culture won’t survive climate change. This story was originally published by the Guardian and is reproduced here as part of the Climate Desk collaboration. 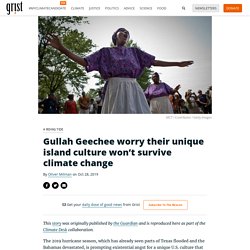 The 2019 hurricane season, which has already seen parts of Texas flooded and the Bahamas devastated, is prompting existential angst for a unique U.S. culture that fears being torn asunder by the climate crisis. Fiercer storms and the encroaching seas are gnawing away at the Gullah Geechee nation, a distinct cultural group that historically dwelt on a 425-mile stretch of coastline from Jacksonville, North Carolina, to Jacksonville, Florida. Today, the bulk of this community, descendants of African slaves and native Americans, resides only on the low-lying fringes of South Carolina and Georgia. Think rural America doesn’t care about the climate? Think again.

Anna Claussen grew up on a family farm 20 miles outside of Benson, Minnesota, a town of just over 3,000 souls. 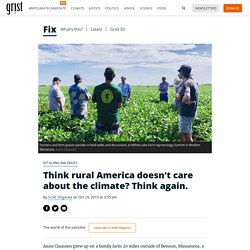 She left the farm when she was 18 to pursue her undergraduate degree on the outskirts of Minneapolis, and has lived in the city since. Making that leap, from rural to urban, it didn’t take her long to notice the stereotypes. Claussen’s family story is unusual: While family farms dwindle due to the rise of industrialized agriculture, a challenging financial climate, and extreme weather events, her parents and two of her three brothers have stayed put. They steward the land, show up for their neighbors, and make a multitude of challenging decisions to do best by the farm, their family, and the future. La croissance économique, un mythe à détruire. Jane Fonda gets arrested for climate protest, plans to do it again. Jane Fonda has joined many a protest in her eight decades on God’s green earth. 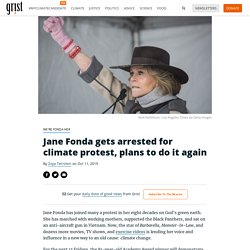 She has marched with working mothers, supported the Black Panthers, and sat on an anti-aircraft gun in Vietnam. Now, the star of Barbarella, Monster-In-Law, and dozens more movies, TV shows, and exercise videos is lending her voice and influence in a new way to an old cause: climate change. For the next 13 Fridays, the 81-year-old Academy Award winner will demonstrate on the steps of the U.S. Capitol to ask lawmakers to put an end to fossil fuel drilling. She’ll have to stop protesting in December so she can start filming the seventh season of Grace and Frankie, her Netflix comedy series. The most powerful tool for fighting climate change. Hey there, I’ve been at this climate thing for a while now, and I’ve never been more fired up about the possibility for change. 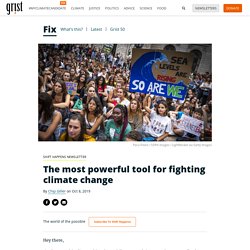 I’m still winding down from a trip to New York City, which played host to the hullabaloo that was Climate Week (yes, I have flight shame, thanks for asking). The heads of state who gathered at the U.N. didn’t make much progress, but the excitement in the streets more than made up for it: Hundreds of thousands of ordinary folks, many of them ditching school on behalf of a better future, came out to show us the way forward. Something like 7.6 million people took part in the climate strikes worldwide, according to organizers. How can I invest my money without contributing to the climate crisis? Dear Umbra, How should I invest my money when I feel like the whole premise of the stock market is unsustainable and wildly unethical? — Greed Emits Carbon, Kind Of Dear GECKO, Why Naomi Klein thinks now is the moment for climate action. There have been a few moments in history when it seemed like the United States was on the precipice of climate action.

Le Danemark a organisé ce samedi le tout premier Téléthon en faveur du climat au monde. Appel national pour la gratuité des transports publics locaux. Les effets du changement climatique se font sentir de plus en plus concrètement, bouleversant nos conditions de vie. TIME magazine devoted an entire issue to climate change AGAIN. Every story in this week’s edition of TIME is about the climate crisis — one of only five times the magazine has devoted an entire issue to a single topic. “2050: The Fight for Earth” comes 30 years after TIME’s first climate issue, when they put “Endangered Earth” on the cover instead of their usual Person of the Year in 1989.

The threat to our planet posed by climate change, the TIME editorial staff decided, was “the most important story of the year.” Unfortunately, life on Earth is still in pretty imminent danger — even more than they realized it was back in 1989 — but the stories and articles just released detail how much our ability to address the climate has grown since then. We read it, of course, so you don’t have to — but we still hope you do. It’s well worth your time. I know, reading an entire magazine’s worth of news about our heating planet probably seems like a good way to ensure that you spend the rest of your day steeped in extreme existential dread. Justice. Les décrocheurs épinglent Macron. 5 ways we need to adapt to climate change — or pay the price. To avoid the worst consequences of global warming, report after report has stressed the importance of cutting emissions.

But with unusually intense weather events wreaking havoc all over the world — from Hurricane Dorian in the Bahamas to heat waves in Europe — new findings suggest that the world needs to devote an equally urgent effort to adapt to the changes that are already on the horizon. The 81-page report, released Tuesday by the Global Commission on Adaptation, argues that big investments in adaptation measures will not only avert environmental catastrophe but also reap significant returns: Researchers found an investment of $1.8 trillion from 2020 to 2030 could generate $7.1 trillion in total net benefits. “Mitigation and adaptation are actually two sides of the very same coin,” Christiana Figueres, former executive secretary of the United Nations Framework Convention on Climate Change and a member of the adaptation commission, told the AP.