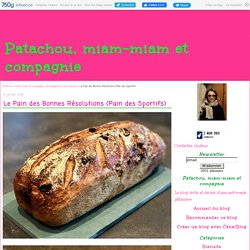 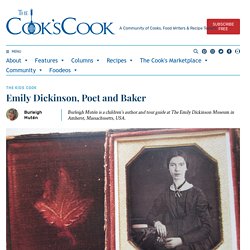 Mattie Dickinson announces to her brother Ned and their friends. The children cheer. They all know what this means. Baking day is the best day to pretend to be pirates, knights, cowboys or gypsies in the large back yard of the Dickinson homestead. Emily Dickinson (1830 – 1886), now recognized as one of the world’s most important poets, was best known to her neighbors as an accomplished baker and a loyal friend who regularly shared her sweet treats with them. Mouillettes pour œuf à la coque ou dips. IHM Speedy No-Knead Bread Recipe. Faire ses croutons au four IHM *** Voici le genre de recette parfaite à faire avec du bon pain qui commence a rassir. 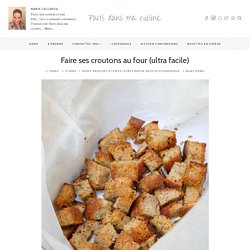 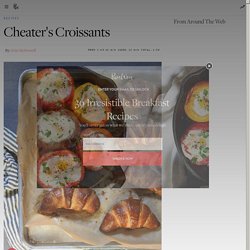 Make the Dough: In the bowl of an electric mixer fitted with a hook attachment, mix the flour with the sugar, yeast and salt on low speed to combine, about 30 seconds. Add the milk and mix on medium speed until the dough forms a loose ball, 3 to 4 minutes. 2. With the mixer running on medium speed, gradually add the cubed butter and continue to mix until the butter is evenly incorporated, about 3 minutes. 3. 4. 5. 6. 7. 8. 9. 10. 11. Charcoal Banana Bread. Whole Wheat Beetroot Sliders/Mini Burger Buns - food-trails. Last Updated on December 9, 2019 Whole Wheat Beetroot Sliders or mini burger buns… another post with veggies sneaked into something kids love to eat. 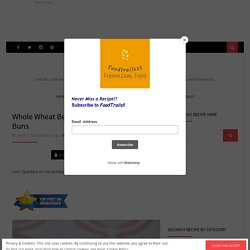 These buns were in mind for a long a time.. but somehow a post on these always got postponed. In my last post, I have mentioned that recently I became part of a group –Blogging Marathon, where we have to share our recipes as per the theme we choose. I am doing Kids’ Delight theme – Veggies sneaked in . Brioche Buns - food-trails. Last Updated on March 15, 2019. 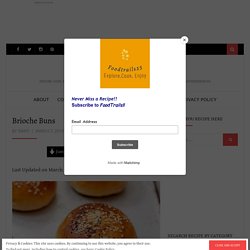 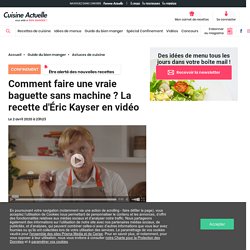 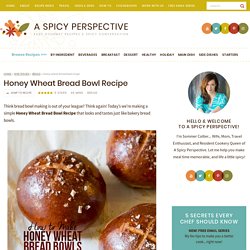 Think again! Today’s we’re making a simple Honey Wheat Bread Bowl Recipe that looks and tastes just like bakery bread bowls. There’s a bakery in Asheville where I like to stop and pick up bread bowls on days I plan to make creamy soup for dinner. The problem is, every time I stop by they have already sold out of bread bowls. I just can’t seem to get there early enough to find them in stock. Flatbreads recipe : SBS Food. Combine all ingredients, except the butter, with 150 ml water and a pinch of salt. 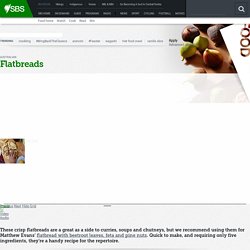 Turn out onto a lightly floured surface and knead for 2 minutes or until smooth. Cover and set aside in a warm, draught-free place for 30 minutes or until dough doubles in size. Knead in butter. Set aside for 30 minutes. Divide dough into 4, then roll out to 22 cm rounds. As seen in Feast magazine, Feb 2012, Issue 6. MacNean Brioche. The perfect brioche has a delicious rich, buttery flavour, yet it doesn't leave a trace of butter on your fingertips or an aftertaste on the palate. 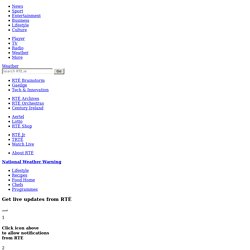 Make sure the container is large enough to hold your starter as it grows; we recommend at least 1-quart capacity. Stir everything together thoroughly; make sure there's no dry flour anywhere. Cover the container loosely and let the mixture sit at warm room temperature (about 70°F) for 24 hours. See "tips," below, for advice about growing starters in a cold house. Transfer the remaining 113 grams of starter to its permanent home: a crock, jar, or whatever you'd like to store it in long-term.

Recette fougasse. The Best Buckwheat Bread Recipe—Best Gluten-Free Bread. In case you couldn't tell by my page about kasha, I love buckwheat!

On this page, I share the recipe I use to bake buckwheat bread in the oven. It's dead simple. Gluten-Free Buckwheat Bread. Super Simple Buckwheat Bread (Paleo, Vegan + Gluten-free) - Naturally Nicola. As a child I would eat bread everyday for lunch – sandwiches stuffed full of peanut butter or marmite (I wasn’t a very adventurous kid!). But as I got older, I found shop bought bread made me feel tired and bloated. This bread is made with buckwheat instead of traditional glutinous flour. Although it looks like a cereal grain, buckwheat is actually a fruit seed making it a great ingredient for anyone who is sensitive to gluten or following a Paleo diet. Fougasse with the flavors of southern France. The day before 1. Fermented dough: Dissolve the yeast in the cold water using a whisk. Add the flour, then salt. Knead for 10 minutes. Cover the bowl with plastic wrap and leave to rest overnight in a refrigerator at 5°C.

Fennel and Orange-Scented Challah Recipe. Bread demystified « More Than Food. From Syria we get pocketed pita, from France crusty baguettes, from Italy golden foccacia and chewy ciabatta, from America homey sandwich loaves, from India na’an and from Germany porous fladenbrot. And I’ll bet you don’t realize that they are all the same recipe. What gives them their respective signature is simply the manner in which the dough is proofed, shaped and baked. Bagels are great example.

How to make Home Made Blinis with Smoked Salmon with recipes. I love blinis {BLee-nee}. I have tried to make blini many times over the years with many different recipes. Feta-Stuffed Grilled Flatbread - Recipes. Tartine’s Country Bread: Be Patient, Perfection Is Near. Photo Chad Robertson’s recipe for country bread, from Tartine, his bakery in San Francisco, has reached cult status among passionate bakers for good reason: As bread recipes go, it’s nearly perfect.

Pita Bread Recipe. Pita bread is served at just about every meal in the Middle East. It can be used for dipping, or to make delicious sandwiches in the pocket. In the Middle East, pita is made in brick ovens, where very high heat can be achieved. Easy Brazilian Cheese Bread (Pão de Queijo) Recipe. Print Our tour of Brazil continues. Sourdough Bread. Throughout my entire life as a cook, nothing has been so vexing as perfecting Sourdough Bread. Whiskey Soda Bread Recipe. Irish Soda Buns. Kitchen Hack: One-Minute Bread.