Scotland isn't different, it's Britain that's bizarre. Britain is in a state of self denial, sitting at the bottom of European league tables, but convinced it still rules the waves. 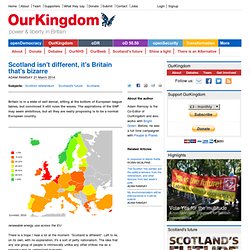 The aspirations of the SNP may seem ambitious, but all they are really proposing is to be a normal European country. renewable energy use across the EU There is a trope I hear a lot at the moment: “Scotland is different”. Left to lie, on its own, with no explanation, it's a sort of petty nationalism. The idea that any one group of people is intrinsically unlike any other strikes me as a perverse way to understand humanity. The context, usually, is political. Across Northern Europe, university education is either free (in Germany and the Nordic countries) or costs only a few hundred Euros (in the Netherlands and France, for example). In most of Europe, in fact, in most of the world, the idea that significant portions of your economy would be publicly owned is quite standard.

The thing that's weird isn't even England. Wise up England, you’d be better off without Scotland. I’m a Scottish Nationalist / Are you a nationalist? 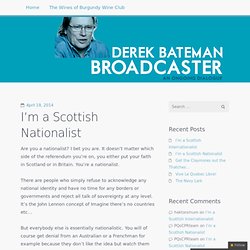 I bet you are. It doesn’t matter which side of the referendum you’re on, you either put your faith in Scotland or in Britain. You’re a nationalist. Yes has won the argument for independence. Time to stop debating it. 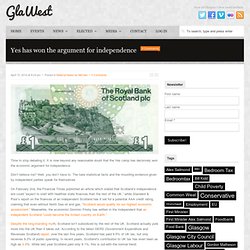 It is now beyond any reasonable doubt that the Yes camp has decisively won the economic argument for independence. Don’t believe me? Well, you don’t have to. The bare statistical facts and the mounting evidence given by independent parties speak for themselves. Alex Salmond is not a Nazi. He's not even a Fascist.

Every so often you come across an article so bizarre it forces you to re-examine long-held certainties on a subject about which you happen to be tolerably well-informed. 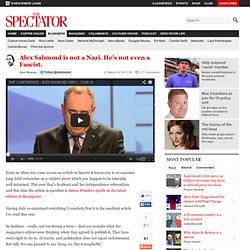 This year that’s Scotland and her independence referendum and this time the article in question is Simon Winder’s epistle in the latest edition of Standpoint. Having duly re-examined everything I conclude that it is the maddest article I’ve read this year. So bonkers – really, not too strong a term – that you wonder what the magazine’s editors were thinking when they agreed to publish it. They have every right to do so, of course, and publication does not equal endorsement. But still. I am getting ahead of myself. Last summer, when I was checking the proofs for my book about the Habsburg Empire, Danubia, I found myself reflecting on the way that across Central Europe over the past century and a half different forms of nationalism have done almost untold damage.

Good grief. ScottishRepublic.eu. The Blether. Can we afford not to go for independence!? 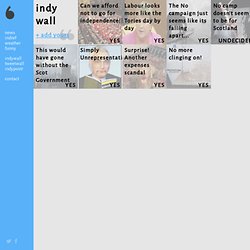 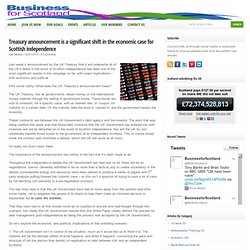 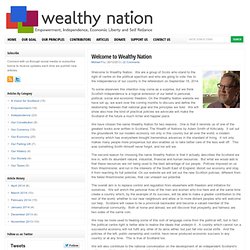 We are a group of Scots who stand to the right of centre on the political spectrum and who are going to vote Yes to the independence of our country in the referendum on September 18, 2014. To some observers this intention may come as a surprise, but we think Scottish independence is a logical extension of our belief in personal, political, social and economic freedom. Supermarket prices may fall after independence! The London centric media are at it again – chasing business people to make completely innocuous comments on independence and then twisting them out of context to create a negative headline but the story has no real credibility! 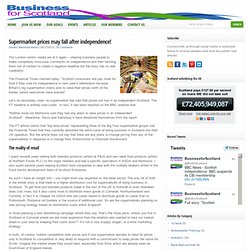 The Financial Times claimed today: “Scottish consumers will pay more for food if they vote for independence in next year’s referendum because Britain’s big supermarket chains plan to raise their prices north of the border, senior executives have warned”. Let’s be absolutely clear: no supermarket has said that prices will rise in an independent Scotland. Vote No. Even in the early years of the 20th century, Scotland has been sending much more to London than was ever spent here, And right up to date, The Financial Times, has reported "An independent Scotland could expect to start with healthier state finances than the rest of the UK" Scotland could achieve their highest economical rating (AAA) when they stated if Scotland voted Yes there would be no. 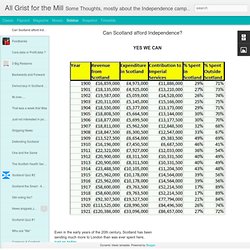 Can an Independent Scotland stand on its own two feet? Democracy and Scotland. Most people believe we live in a democracy. 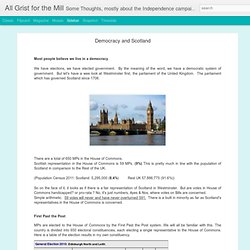 We have elections, we have elected government. McCrone- a justification in itself. @dhothersall. The day Big Bad Alistair let the music die. I’ve got no idea what possessed Alistair Darling to attempt to scaremonger on the issue of culture but he has ended up quite rightly a laughing stock. Last night he said that “British music will no longer be our music” as legions of Scottish music fans turned to their music collection and bidded a long adieu to what will now apparently be “their” music, whoever “they” are. When I recorded my nine albums with Runrig the last thing that was on my mind was borders and frontiers. Ian Hamilton QC » Blog Archive » A NATION’S NAY DOTH STAND FOR NAUGHT. This piece first appeared in The Scottish Review The union was only about 200 years old when I was born, so I have lived through nearly a third of its existence. I can speak with experience of its rule. If there is anyone who thinks Scotland was well served by the union let them read the history of the 20th century.

That will change their mind. Mind you, we might not have been much better on our own. Spectator: Do I Feel British? No, Why Would I Want To? During my activities in politics I have been interviewd countless times by all branches of the media and frequently asked if I feel British. The answer has always been the same, "No, I don't. I don't even know what Britishness is, or means.

" Occasionally, particularly if the interviewer was from one of the English newspapers, I have been pushed to say why I don't feel British. I have then asked them to define Britishness for me, in the expectation that I might learn why they thought it important. The explanations invariably involved definitions of what I have associated with being English or, at least had more to do with how I assume it must feel like to be English.

The symbols of nationhood, such as flag, buildings and castles, language and culture, to which I have a strong attachment are all Scottish. Union Hijacked. Devo Plus Comes Into Focus.