Salvador Dali on "What's My Line?" 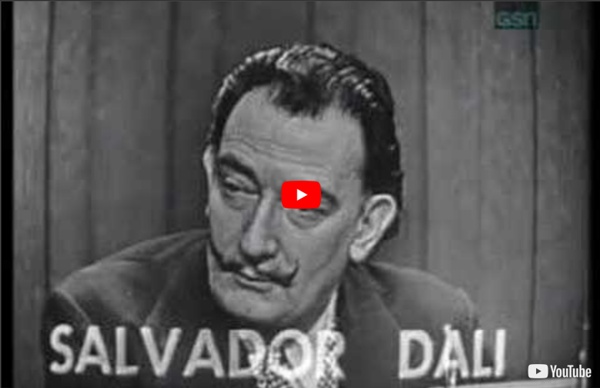 Love American Skin | Photography Last week German photographer and filmmaker Diana Scheunemann unveiled her probing debut film, Love American Skin, a road trip across America that documented the many contrasting characters and viewpoints that make up one of the biggest nation’s in the world. Compelling watching, the film throws up opinions that may ruffle a few feathers but adds to our understanding of the vastness of the country, and the differences that one encounters from state to state. We catch up with Diana to talk through her experiences of making the film. Me and my partner had been living in NYC for a few years. We found nearly all of the Americans we met to be really open. We met many unique characters with many contrasting (and sometimes conflicting) viewpoints, it’s hard to pick one as the strangest. The country is fairly homogenous, in that most communities are based around parking lots and shopping malls, but there is also a huge disparity between areas. That people are people.

Damn Interesting Gods and Goddesses [Gods and Aliens] When you study the mythologies of ancient civilizations, you realize they are all designed by the same geometric blueprint that follows into humanity's current timeline. In the physical we find duality on all levels, especially in the pantheons of creational forces linked to one another. The study of Ancient Alien Theory allows one to understand that creator gods more than likely were aliens who created the race presently called humans, in its various forms, by biogenetic experimentation and manipulation. Always we find Gods who came from the sky (higher frequency) and those that came from the sea of creation (collective unconsciousness). Who the Gods are, and what they symbolize, are all part of the myth, math, metaphor and magic of realities.

Un Certain Regard Un Certain Regard (French pronunciation: ​[œ̃ sɛʁtɛ̃ ʁəɡaʁ]; a certain regard) is a section of the Cannes Film Festival's official selection. It is run at the salle Debussy, parallel to the competition for the Palme d'Or. This section was introduced in 1978 by Gilles Jacob. §Main Winners[edit] In 1998, the Prize Un Certain Regard (French: prix un certain regard) was introduced to the section to recognize young talent and to encourage innovative and daring works by presenting one of the films with a grant to aid its distribution in France.[1] Since 2005, the prize consists of €30,000 financed by the Groupama GAN Foundation.[2] * Denotes first win for a country §Complete List of Winners[edit] §References[edit]