Theory of Everything: God, Devils, Dimensions & Illusion of Reality 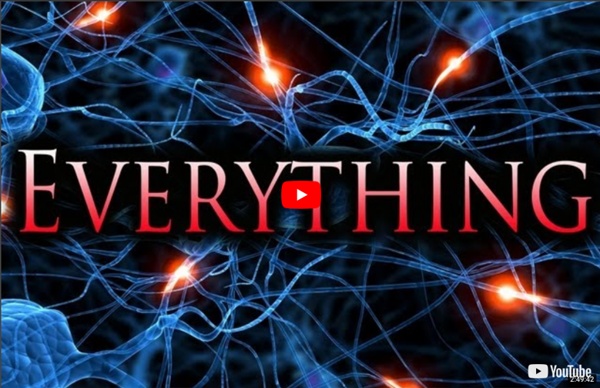 Related:  Other Views • need to know

Gods and Goddesses [Gods and Aliens] When you study the mythologies of ancient civilizations, you realize they are all designed by the same geometric blueprint that follows into humanity's current timeline. In the physical we find duality on all levels, especially in the pantheons of creational forces linked to one another. We further find the pattern of creation and destruction ... repeating in the cycles of time ... embracing the human experience. The study of Ancient Alien Theory allows one to understand that creator gods more than likely were aliens who created the race presently called humans, in its various forms, by biogenetic experimentation and manipulation. Always we find Gods who came from the sky (higher frequency) and those that came from the sea of creation (collective unconsciousness). Who the Gods are, and what they symbolize, are all part of the myth, math, metaphor and magic of realities.

A Very ACCURATE HOROSCOPE FOR THE YEAR 2014! Very Spooky! This is the real deal. Try ignoring it, and the first thing you’ll notice is having a horrible day starting tomorrow morning, and it only gets worse from there. AQUARIUS – Does It in the Water (January 20 to February 18) Trustworthy. Attractive. Great kisser. One of a kind. PISCES – The Partner for Life (February 19 to March 20) Caring and kind. ARIES – The Aggressive (March 21 to April 19) Outgoing. TAURUS – The Tramp (April 20 to May 20) Aggressive. GEMINI – The Twin (May 21 to June 20) Nice. CANCER – The Beauty (June 21 to July 22) MOST AMAZING KISSER. LEO – The Lion (July 23 to August 22) Great talker. VIRGO – The One that Waits (August 23 to September 22) Dominant in relationships. LIBRA – The Lame One (September 23 to October 22) Nice to everyone they meet. SCORPIO – The Addict (October 23 to November 21) EXTREMELY adorable. SAGITTARIUS – The Promiscuous One (November 22 to December 21) Spontaneous. CAPRICORN – The Passionate Lover (December 22 to January 19) Love to bust.

Love American Skin | Photography Last week German photographer and filmmaker Diana Scheunemann unveiled her probing debut film, Love American Skin, a road trip across America that documented the many contrasting characters and viewpoints that make up one of the biggest nation’s in the world. Compelling watching, the film throws up opinions that may ruffle a few feathers but adds to our understanding of the vastness of the country, and the differences that one encounters from state to state. We catch up with Diana to talk through her experiences of making the film. Me and my partner had been living in NYC for a few years. We found nearly all of the Americans we met to be really open. We met many unique characters with many contrasting (and sometimes conflicting) viewpoints, it’s hard to pick one as the strangest. The country is fairly homogenous, in that most communities are based around parking lots and shopping malls, but there is also a huge disparity between areas. That people are people.

Dusty Old Thing Most of us in our lives have been given or have inherited things from family members. Sometimes we want them. Sometimes we don't. Most of the time we're ambivalent. The "thing" or "things" may remind us of a great-aunt or grandfather, but reminding comes in all kinds of hues. Besides, we think the person who collected all that "stuff", and who obviously loved it and wanted us to have it, wouldn't be properly honored if we didn't keep it. We know, too, that the number one rule applies: "Do no harm." We may have boxes--old boxes--of unsorted "stuff". Most of us have seen episodes of "Hoarders" where a person just can't rid themselves of inherited "things". So, how do we keep up with the past? We were struck by two photos recently shared with us by our readers. Old photos can instill a yearning to find out more about our ancestors lives. It's important to note the contributions, too, of the family "curator" who will probably emerge. It all starts with a plan.

Un Certain Regard Un Certain Regard (French pronunciation: ​[œ̃ sɛʁtɛ̃ ʁəɡaʁ]; a certain regard) is a section of the Cannes Film Festival's official selection. It is run at the salle Debussy, parallel to the competition for the Palme d'Or. This section was introduced in 1978 by Gilles Jacob. Each year, it presents a score of films with various types of visions and styles; "original and different" works which seek international recognition. §Main Winners[edit] In 1998, the Prize Un Certain Regard (French: prix un certain regard) was introduced to the section to recognize young talent and to encourage innovative and daring works by presenting one of the films with a grant to aid its distribution in France.[1] Since 2005, the prize consists of €30,000 financed by the Groupama GAN Foundation.[2] * Denotes first win for a country §Complete List of Winners[edit] §References[edit]

NEW Obama Bill, April 2014, To Launch Worldwide Mark of the Beast Mandatory Microchipping and DHS Fed Database–During Blood Moons! (VIDEO) Obama is pushing hard for the 2014 immigration reform, and as we know, he is hell-bent and determined when it comes to something the majority does not want, particularly those who are more conservative in their beliefs. I understand it seems unimportant to most of you, but when you see the underlying trojan horse for most average citizens woven into the immigration bill, you will be astonished! The issue? It will force every household in the United States of America to undergo micro-chipping, and afterward, obtain a biometric national I.D. card. Wired magazine released an article titled, Biometric Database of All Adult Americans Hidden in Immigration Reform“.” Here’s what it means: Every American citizen in the entire world will be forced to receive the microchip (April thru July 2014) you must also get a biometric national ID, which is also around the same time that the Antichrist will sign a seven year peace treaty. This is completely open-ended and unrestricted! It states:

underrated gems(no particular order) - a list by sreeni_pacino 7 of the weirdest ways to increase your sex drive For as long as man has been aware of that little thing dangling between his legs, he’s been willing to try just about anything to get it to stand up and say howdy. And while today that means that drug companies get rich pushing everything from boner pills to testosterone replacement therapies, there are some cheaper and shall we say, more esoteric, ways of making ol’ glory fly. And because we are both men of science and caring philanthropists, we bring you these, seven of the weirdest ways to increase your libido. 7. The Sun Yes, just like Superman, dudes draw power from Earth’s yellow sun. 6. Your body needs sleep to recharge, so it makes sense that things like testosterone would be increased by a good night’s sleep. 5. Okay, fine, this is just a fancy word for reading. 4. What happens when you watch sports? 3. I’ll give you a minute to stop laughing like Beavis. 2. 1. No, I’m not insulting you.

15 Little-Known 'Frozen' Facts Packed Into One Video If you have kids or little brothers and sisters, you've probably seen 'Frozen' ohhh a thousand times by now. But, even if you can sing "Let It Go" forwards and backwards in your sleep, you still might not know everything there is to know about Disney's biggest animated movie ever. For example, did you know that there is a hidden Mickey Mouse in 'Frozen'? Or, that it took a team of 600 animators over 3 MILLION hours to make this movie? These are just some of the little known bits of trivia packed into the latest episode of You Think You Know Movies, which focuses on Disney's modern classic 'Frozen'. 'You Think You Know Movies?' For more cold hard truth on 'Frozen', chill out and watch the latest video! Watch more installments of 'You Think You Know Movies?' Next Up

This Little Weed is one of the Most Useful Medicines on the Planet You’ve stepped on it, ignored it, and tried to eradicate it from your lawn. However, this innocuous little weed is one of the most useful medicines on the planet, just begging to be harvested. There are two major types of plantain in BC, Canada: Lance and Broadleaf. Generally, all 200-plus varieties of plantain yield the same results. It grows especially well in poor, rocky soil (such as driveways) and is often seen alongside dandelion. More often than not, you will see plantain growing in gravel pits and construction sites as nature seeks to regenerate the soil. Plantain has often been the go-to remedy for hikers plagued by mosquitos. Plantain is renowned for its healing effect on the digestive system. Because plantain is a gentle expectorant and high in silica, an infusion can be helpful for lung problems, coughs, and colds. Resources: - Prescription for Herbal Healing: 2nd Edition – Phyllis A. About The Author

Rankings About Everything. Voted on by Everyone.