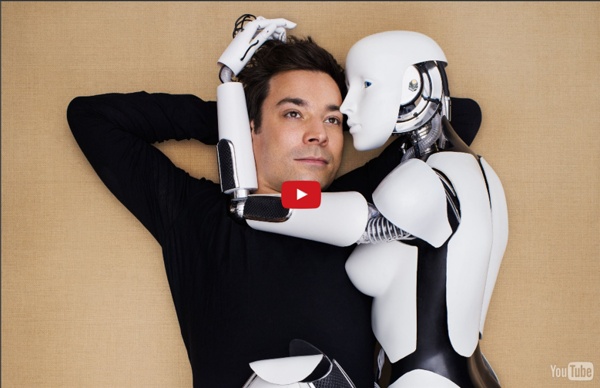 15 Little-Known 'Frozen' Facts Packed Into One Video If you have kids or little brothers and sisters, you've probably seen 'Frozen' ohhh a thousand times by now. But, even if you can sing "Let It Go" forwards and backwards in your sleep, you still might not know everything there is to know about Disney's biggest animated movie ever. For example, did you know that there is a hidden Mickey Mouse in 'Frozen'? Or, that it took a team of 600 animators over 3 MILLION hours to make this movie? These are just some of the little known bits of trivia packed into the latest episode of You Think You Know Movies, which focuses on Disney's modern classic 'Frozen'. 'You Think You Know Movies?'

The Most Beautiful and Famous Trees on Earth “A tree is a wonderful living organism which gives shelter, food, warmth and protection to all living things. It even gives shade to those who wield an axe to cut it down” – Buddha. There are probably hundreds of majestic and magnificent trees in the world – of these, some are particularly special: Lone Cypress in Monterey Gods and Goddesses [Gods and Aliens] When you study the mythologies of ancient civilizations, you realize they are all designed by the same geometric blueprint that follows into humanity's current timeline. In the physical we find duality on all levels, especially in the pantheons of creational forces linked to one another. We further find the pattern of creation and destruction ... repeating in the cycles of time ... embracing the human experience. Designing the gods and goddesses falls into the same categories of duality - good and bad - light and dark - forever seeking balance and the return to full consciousness.

Love American Skin Last week German photographer and filmmaker Diana Scheunemann unveiled her probing debut film, Love American Skin, a road trip across America that documented the many contrasting characters and viewpoints that make up one of the biggest nation’s in the world. Compelling watching, the film throws up opinions that may ruffle a few feathers but adds to our understanding of the vastness of the country, and the differences that one encounters from state to state. We catch up with Diana to talk through her experiences of making the film. Me and my partner had been living in NYC for a few years. You hear all these partisan views on the TV but we wanted to see for ourselves what this country we now live in is like, and form an opinion based on our own experience instead of from Hollywood movies and charged news commentators.

Four Types of Innovation and the Strategic Choices Each One Represents If you’re like me, you want your brainstorming sessions and new product development projects to be productive and you want the ideas you (and your team) come up with to be relevant to your business’ overall goals. That’s what this post will help you with – giving a guidance to your ideation/new product development efforts and some insight into how those ideas might fit into the overall plans of the business for the future. When coming up with a new idea, often it can be helpful to think through categories of ideas first.

Un Certain Regard Un Certain Regard (French pronunciation: ​[œ̃ sɛʁtɛ̃ ʁəɡaʁ]; a certain regard) is a section of the Cannes Film Festival's official selection. It is run at the salle Debussy, parallel to the competition for the Palme d'Or. This section was introduced in 1978 by Gilles Jacob. Each year, it presents a score of films with various types of visions and styles; "original and different" works which seek international recognition. §Main Winners[edit]

Revelation A Revelation If we could shrink the earth's population to a village of precisely 100 people, with all the existing human ratios remaining the same, it would look something like the following: There would be: 57 Asians 21 Europeans 14 from the Western Hemisphere, both north and south 8 Africans 52 would be female 48 would be male Top 100 Innovation Articles of 2014 We launched Innovation Excellence on August 1, 2011 and so 2014 was our third full year of operations. To celebrate we’ve pulled together the Top 100 Innovation Articles of 2014 from our archive of over 7,000 innovation-related articles from more than 400 contributing authors. Click the link if you missed the last two years’ lists: We do some other rankings too. At the beginning of each month we will profile the twenty posts from the previous month and we also publish a weekly Top 8 as part of our Innovation Excellence Weekly email and FREE MAGAZINE, so an annual Top 100 seems like a logical fit. Did your favorite make the cut?

Manifesting the Mind THE WORD ‘PSYCHEDELIC’ means ‘manifesting the mind’. This documentary presents an analysis of Shamanism, psychedelics, drug addiction, DMT, communication with plant spirits, modern monotheism vs. Shamanism, culture and the drug war, the ancient mysteries, the amanita muscaria, Soma, and much more!

376 of the best one-liners on the internet - Page 2 of 15 (Page 2 of 15) One one-liner a day keeps the doctor away…so, here is a shortlist of the best one-liners you can find on the internet today. Have fun! 1. Documentary List - The best documentaries to watch online The Viking Warriors The Vikings (from Old Norse víkingr) were seafaring north Germanic people who raided, traded, explored, and settled in wide areas of Europe, Asia, and the North Atlantic islands from the late 8th to the mid-11th centuries. The Vikings employed wooden longships with wide, shallow-draft hulls, allowing navigation in rough seas or in shallow river waters. The ships could be landed on beaches, and their light weight enabled them to be hauled over portages. To Take Earth's Pulse, You Have to Fly High Ecologist Greg Asner and his team at the Carnegie Institution for Science can measure the biomass of a forest from the air. In this false-color video of Amazon rain forest in Peru, the biggest, heaviest trees are red, while yellow, green, and blue trees are progressively lighter. Carnegie's research aircraft is equipped with a scanning lidar—a laser ranging device that works like radar—and imaging spectrometers.Video by GREGORY ASNER, CARNEGIE INSTITUTION FOR SCIENCE

The Three Breakthroughs That Have Finally Unleashed AI on the World A few months ago I made the trek to the sylvan campus of the IBM research labs in Yorktown Heights, New York, to catch an early glimpse of the fast-arriving, long-overdue future of artificial intelligence. This was the home of Watson, the electronic genius that conquered Jeopardy! in 2011. The original Watson is still here—it’s about the size of a bedroom, with 10 upright, refrigerator-shaped machines forming the four walls. The tiny interior cavity gives technicians access to the jumble of wires and cables on the machines’ backs.