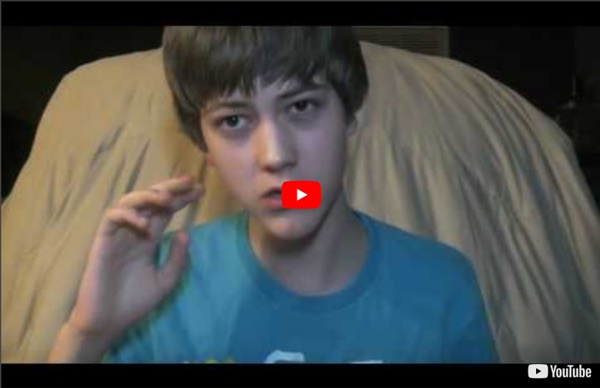 Love American Skin | Photography Last week German photographer and filmmaker Diana Scheunemann unveiled her probing debut film, Love American Skin, a road trip across America that documented the many contrasting characters and viewpoints that make up one of the biggest nation’s in the world. Compelling watching, the film throws up opinions that may ruffle a few feathers but adds to our understanding of the vastness of the country, and the differences that one encounters from state to state. We catch up with Diana to talk through her experiences of making the film. Me and my partner had been living in NYC for a few years. You hear all these partisan views on the TV but we wanted to see for ourselves what this country we now live in is like, and form an opinion based on our own experience instead of from Hollywood movies and charged news commentators. We found nearly all of the Americans we met to be really open. There are some states where you can be shot just for stepping on someone’s property. That people are people.

Islamic Golden Age History of the concept[edit] There is no unambiguous definition of term, and depending on whether it is used with a focus on cultural or on military achievement, it may be taken to refer to rather disparate time spans. Thus, one author would have it extend to the duration of the caliphate, or to "six and a half centuries",[8] while another would have it end after only a few decades of Rashidun conquests, with the death of Umar and the First Fitna.[9] During the early 20th century, the term was used only occasionally, and often referred to the early military successes of the Rashidun caliphs. Causes[edit] Religious influence[edit] The various Quranic injunctions and Hadith, which place values on education and emphasize the importance of acquiring knowledge, played a vital role in influencing the Muslims of this age in their search for knowledge and the development of the body of science.[13][14][15] Earlier cultural influence[edit] [edit] New technology[edit] Philosophy[edit] Mathematics[edit]

Gods and Goddesses [Gods and Aliens] When you study the mythologies of ancient civilizations, you realize they are all designed by the same geometric blueprint that follows into humanity's current timeline. In the physical we find duality on all levels, especially in the pantheons of creational forces linked to one another. We further find the pattern of creation and destruction ... repeating in the cycles of time ... embracing the human experience. Designing the gods and goddesses falls into the same categories of duality - good and bad - light and dark - forever seeking balance and the return to full consciousness. The study of Ancient Alien Theory allows one to understand that creator gods more than likely were aliens who created the race presently called humans, in its various forms, by biogenetic experimentation and manipulation. Always we find Gods who came from the sky (higher frequency) and those that came from the sea of creation (collective unconsciousness).

How to Learn (But Not Master) Any Language in 1 Hour (Plus: A Favor) | The Blog of Author Tim Ferriss Deconstructing Arabic in 45 Minutes Conversational Russian in 60 minutes? This post is by request. Here’s the reasoning… Before you invest (or waste) hundreds and thousands of hours on a language, you should deconstruct it. So far, I’ve deconstructed Japanese, Mandarin Chinese, Spanish, Italian, Brazilian Portuguese, German, Norwegian, Irish Gaelic, Korean, and perhaps a dozen others. How is it possible to become conversationally fluent in one of these languages in 2-12 months? Consider a new language like a new sport. There are certain physical prerequisites (height is an advantage in basketball), rules (a runner must touch the bases in baseball), and so on that determine if you can become proficient at all, and—if so—how long it will take. Languages are no different. If you’re a native Japanese speaker, respectively handicapped with a bit more than 20 phonemes in your language, some languages will seem near impossible. Six Lines of Gold 2. 3. 4. The apple is red. Sounds and Scripts

Un Certain Regard Un Certain Regard (French pronunciation: ​[œ̃ sɛʁtɛ̃ ʁəɡaʁ]; a certain regard) is a section of the Cannes Film Festival's official selection. It is run at the salle Debussy, parallel to the competition for the Palme d'Or. This section was introduced in 1978 by Gilles Jacob. Each year, it presents a score of films with various types of visions and styles; "original and different" works which seek international recognition. §Main Winners[edit] In 1998, the Prize Un Certain Regard (French: prix un certain regard) was introduced to the section to recognize young talent and to encourage innovative and daring works by presenting one of the films with a grant to aid its distribution in France.[1] Since 2005, the prize consists of €30,000 financed by the Groupama GAN Foundation.[2] * Denotes first win for a country §Complete List of Winners[edit] §References[edit]

Hyperdonut : 5D Tiger Torus (((II)I)(II)) Documentary List - The best documentaries to watch online The Viking Warriors The Vikings (from Old Norse víkingr) were seafaring north Germanic people who raided, traded, explored, and settled in wide areas of Europe, Asia, and the North Atlantic islands from the late 8th to the mid-11th centuries. The Vikings employed wooden longships with wide, shallow-draft hulls, allowing navigation in rough seas or in shallow river waters. The ships could be landed on beaches, and their light weight enabled them to be hauled over portages. Wormholes and Donut Holes | 4 gravitons I’ve heard people claim that in order to understand wormholes, you need to understand five-dimensional space. Well that’s just silly. A wormhole is often described as a hole in space-time. It can be imagined as a black hole where instead of getting crushed when you fall in to the center, you emerge somewhere else (or even some-when else: wormholes are possibly the only way to get time travel). Probably not what a wormhole looks like How does this work? Suppose that you live on the surface of a donut. It’s a simple life Let’s say that one day you’re sitting on the pink side of the donut, near the center. That’s really all a wormhole is. Now earlier I said that you don’t need to understand five-dimensional space to understand wormholes, and that’s true. Like this: Like Loading...