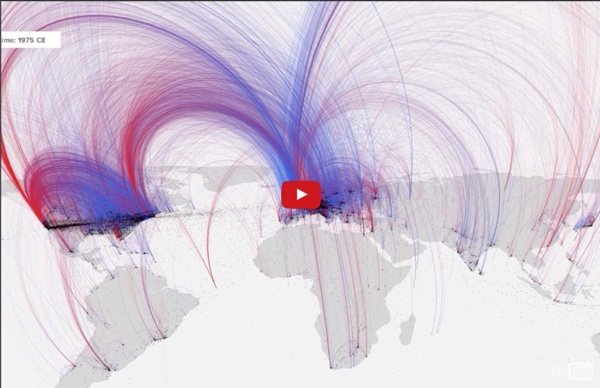 15 Little-Known 'Frozen' Facts Packed Into One Video If you have kids or little brothers and sisters, you've probably seen 'Frozen' ohhh a thousand times by now. But, even if you can sing "Let It Go" forwards and backwards in your sleep, you still might not know everything there is to know about Disney's biggest animated movie ever. For example, did you know that there is a hidden Mickey Mouse in 'Frozen'? Or, that it took a team of 600 animators over 3 MILLION hours to make this movie? These are just some of the little known bits of trivia packed into the latest episode of You Think You Know Movies, which focuses on Disney's modern classic 'Frozen'. 'You Think You Know Movies?' For more cold hard truth on 'Frozen', chill out and watch the latest video! Watch more installments of 'You Think You Know Movies?' Next Up

Freebase Data Dumps are a downloadable version of the data in Freebase. They constitute a snapshot of the data stored in Freebase and the Schema that structures it, and are provided under the same CC-BY license. The Freebase/Wikidata mappings are provided under the CC0 license. The RDF data is serialized using the N-Triples format, encoded as UTF-8 text and compressed with Gzip. If you're writing your own code to parse the RDF dumps its often more efficient to read directly from GZip file rather than extracting the data first and then processing the uncompressed data. Note: In Freebase, objects have MIDs that look like /m/012rkqx. The subject is the ID of a Freebase object. The predicate is always a human-readable ID for a Freebase property or a property from a standard RDF vocabulary like RDFS. The object field may contain a Freebase MID for an object or a human-readable ID for schema from Freebase or other RDF vocabularies. Topic descriptions often contain newlines. Or as BibTeX:

A History of the World - List of Objects underrated gems(no particular order) - a list by sreeni_pacino Graphic: As Ebola's Death Toll Rises, Remembering History's Worst Epidemics Ebola is the latest in a long list of infectious disease outbreaks that have plagued humankind. The worst become pandemics, sweeping across continents and killing as many as tens of millions of people. Today, nations are struggling to get Ebola under control. This week saw New York City's first case, while the World Health Organization declared Nigeria and Senegal free of Ebola. How much higher this epidemic's death toll might climb remains to be seen. Jason Treat, NGM Staff; Edward Benfield. Plague of Justinian (541-542):This bubonic plague outbreak spread throughout the Byzantine Empire but centered on the Mediterranean region.

www.vox English is the language of Shakespeare and the language of Chaucer. It’s spoken in dozens of countries around the world, from the United States to a tiny island named Tristan da Cunha. It reflects the influences of centuries of international exchange, including conquest and colonization, from the Vikings through the 21st century. Here are 25 maps and charts that explain how English got started and evolved into the differently accented languages spoken today. The origins of English 1) Where English comes from English, like more than 400 other languages, is part of the Indo-European language family, sharing common roots not just with German and French but with Russian, Hindi, Punjabi, and Persian. 2) Where Indo-European languages are spoken in Europe today Saying that English is Indo-European, though, doesn’t really narrow it down much. 3) The Anglo-Saxon migration 4) The Danelaw The next source of English was Old Norse. 5)The Norman Conquest 6) The Great Vowel Shift The spread of English Credits

BBC Radio 4 - The Goddess of English Infografía a La Vanguardia BBC Radio 4 - Hobson-Jobson: A Very English Enterprise Jaime Serra - Archivos Gods and Goddesses [Gods and Aliens] When you study the mythologies of ancient civilizations, you realize they are all designed by the same geometric blueprint that follows into humanity's current timeline. In the physical we find duality on all levels, especially in the pantheons of creational forces linked to one another. We further find the pattern of creation and destruction ... repeating in the cycles of time ... embracing the human experience. Designing the gods and goddesses falls into the same categories of duality - good and bad - light and dark - forever seeking balance and the return to full consciousness. The study of Ancient Alien Theory allows one to understand that creator gods more than likely were aliens who created the race presently called humans, in its various forms, by biogenetic experimentation and manipulation. Always we find Gods who came from the sky (higher frequency) and those that came from the sea of creation (collective unconsciousness).