I was outraged at nearly everything that fascist Trump hinted, arranged, and ordered during his years in office. His election, brought about by the shortcomings of the electoral college system, was only the first blow.

It blew my mind to witness how quickly and how much damage is done when a government fails to hold itself accountable to the will of the populace.

After 4+ years of:
.. falling out of place in jointly working with the global community towards solutions to the overwhelming environmental and socio-political threats currently presented
.. nefarious winks, nods, hand signals & signatures of the overwhelming majority of GOP members actively tearing down whatever fair and logical systems we had worked for generations to put carefully in place
.. the encouragement of racist, sexist and anti-immigrant ideology, the coddling of those citizens and leaders who actively engaged in attempting to intimidate, brutalize & shameb so many good people who never wished them any harm
.. carefully planned subversion of US minds too weak or immature or too busy or too dumb or afraid to grasp what was really going and the needless division and deaths thus incurred

..the 2021 election took all my energy and focus. After it became clear that Biden had won, I stopped recording the news for a while. I was exhausted. 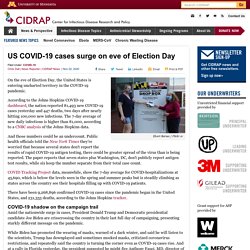 According to the Johns Hopkins COVID-19 dashboard, the nation reported 81,493 new COVID-19 cases yesterday and 447 deaths, two days after nearly hitting 100,000 new infections. The 7-day average of new daily infections is higher than 81,000, according to a CNBC analysis of the Johns Hopkins data. And those numbers could be an undercount.

Public health officials told the New York Times they're worried that because several states don't report the results of rapid COVID-19 antigen testing, there could be greater spread of the virus than is being reported. The paper reports that seven states plus Washington, DC, don't publicly report antigen test results, while six keep the number separate from their total case count. 11/4/20: Now We Wait. Mother Jones illustration For indispensable reporting on the coronavirus crisis, the election, and more, subscribe to the Mother Jones Daily newsletter. 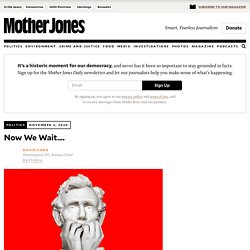 As Election Night 2020 turned into the Day After Election Night, the picture was clear: there would be no picture. After four years of Trump, the country remained too divided to clearly decide whether he should stay or go. It remained possible Donald Trump might be decisively booted from office. It remained possible he might retain power. In Pennsylvania, Philadelphia election officials slogged through an all night count. 11/5/20: Esper reportedly working w/lawmakers to strip Confederate names from bases. 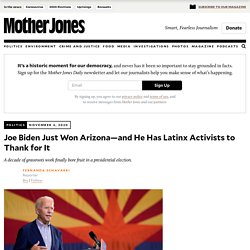 11/4/20: Tapper rebukes Trump's election speech lies. 11/5/20: Cobair Rips Up The Monologue & Starts Over After Trump's Heartbreaking Thursday Night Lie Fest. 11/6/20: Trump Dumps 3 Agency Leaders in Wake of Election. The Trump administration abruptly dumped the leaders of three agencies that oversee the nuclear weapons stockpile, electricity and natural gas regulation, and overseas aid during the past two days, drawing a rebuke from a prominent Republican senator for one of the decisions. 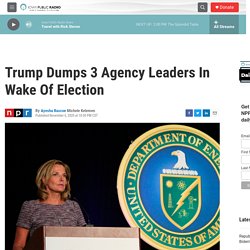 The sudden departures included: Lisa Gordon-Hagerty, administrator of the National Nuclear Security Administration, the first woman to oversee the agency in charge of the nuclear stockpile. She was required to resign on Friday.Bonnie Glick, deputy administrator of the U.S. Agency for International Development. She was replaced by the acting administrator John Barsa, who had run out of time for his more senior role under the Federal Vacancies Reform Act.Neil Chatterjee, chairman of the Federal Energy Regulatory Commission and a former aide to Senate Majority Leader Mitch McConnell. 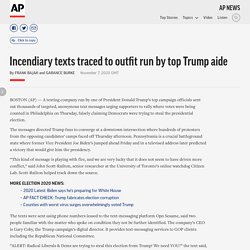 The messages directed Trump fans to converge at a downtown intersection where hundreds of protesters from the opposing candidates’ camps faced off Thursday afternoon. Pennsylvania is a crucial battleground state where former Vice President Joe Biden’s jumped ahead Friday and in a televised address later predicted a victory that would give him the presidency. “This kind of message is playing with fire, and we are very lucky that it does not seem to have driven more conflict,” said John Scott-Railton, senior researcher at the University of Toronto’s online watchdog Citizen Lab. Scott-Railton helped track down the source. Burke reported from San Francisco. 11/7/20: Harris Makes History as 1st Woman & Woman of Color VP. From the earliest days of her childhood, Kamala Harris was taught that the road to racial justice was long. 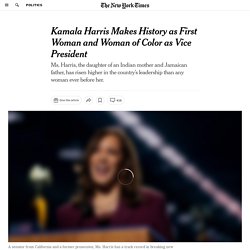 She spoke often on the campaign trail of those who had come before her, of her parents, immigrants drawn to the civil rights struggle in the United States — and of the ancestors who had paved the way. As she took the stage in Texas shortly before the election, Ms. Harris spoke of being singular in her role but not solitary. “Yes, sister, sometimes we may be the only one that looks like us walking in that room,” she told a largely Black audience in Fort Worth. “But the thing we all know is we never walk in those rooms alone — we are all in that room together.” With her ascension to the vice presidency, Ms. 11/7/20: Biden Wins Presidency, Ending 4 Tumultuous Years Under Trump. But as the big cities of the Midwest and West began to report their totals, the advantage in the race shifted the electoral map in Mr. 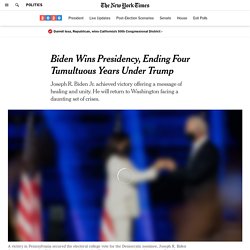 Biden’s favor. By Wednesday afternoon, the former vice president had rebuilt much of the so-called blue wall in the Midwest, reclaiming the historically Democratic battlegrounds of Wisconsin and Michigan that Mr. Trump carried four years ago. And on Saturday, with troves of ballots coming in from Philadelphia and Pittsburgh, he took back Pennsylvania as well. While Mr. It would soon be time, he said, “to unite, to heal, to come together as a nation.” 11/8/20: GW Bush Congratulates President-Elect Biden. Former President George W. 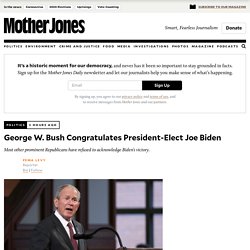 Bush speaks during the funeral service of the late Rep. John Lewis (D-GA) at Ebenezer Baptist Church on July 30, 2020 in Atlanta, Georgia. Alyssa Pointer-Pool/Getty Images For indispensable reporting on the coronavirus crisis, the election, and more, subscribe to the Mother Jones Daily newsletter. Former President George W. “The challenges that face our country will demand the best of President-elect Biden and Vice President-elect Harris—and the best of us all,” Bush said in a statement. Bush said he had spoken to both Biden and Vice President-elect Kamala Harris, and wished them a successful administration. 11/8/20: flailing Trump campaign doctor newspaper image from 2000 to dispute Biden’s victory.

11/9/20: Biden's victory is only the prelude. What happens now is up to us. Yes, this election victory may be time to pause and sigh with relief, but it’s no finish line. 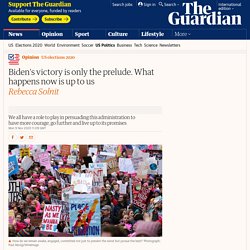 It’s only the starting line for the next round of work. If people who worked so hard to win, go home, and go to sleep, the Biden administration will accomplish little, and the right will have its usual opportunity to get back what it lost. We can’t allow that.