Sure, Whites Are Privileged—but Not Me Personally! - Pacific Standard. Following the riots in Missouri and Maryland, and the recent church massacre in South Carolina, Americans are—however reluctantly—talking again about racial inequality. 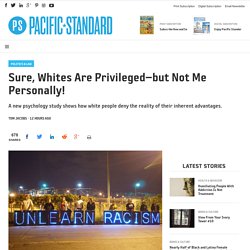 This important dialogue is hampered, however, by the unwillingness of many whites to embrace the obvious: The fact they enjoy certain advantages based on the color of their skin. As a white man, I'm not thrilled to get pulled over by a cop, but I'm not terrified, either. Nor am I nagged by the stress-inducing feeling others see me as a threat or an imposter. I've never been denied my choice of neighborhood, and the mostly white network of friends and colleagues that smoothed my career path was a given.

Set out in such stark terms, it's difficult to deny that white Americans begin their lives with something of a head start. Our national mythology insists we live in a meritocracy, and we're reluctant to believe otherwise—especially when the playing field is tilted to our advantage. Advertisement — Continue reading below. The Distress of the Privileged. This time, though, it doesn’t work. 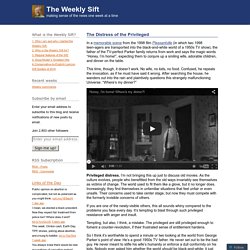 No wife, no kids, no food. “Lowest Difficulty Setting” Follow-Up. It’s been a couple of days since I’ve posted the “Lowest Difficulty Setting” piece, and it’s been fun and interesting watching the Intarweebs basically explode over it, especially the subclass of Straight White Males who cannot abide the idea that their lives play out on a fundamentally lower difficulty setting than everyone else’s, and have spun themselves up in tight, angry circles because I dared to suggest that they do. 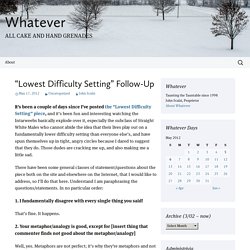 Those dudes are cracking me up, and also making me a little sad. There have been some general classes of statement/questions about the piece both on the site and elsewhere on the Internet, that I would like to address, so I’ll do that here. Understand I am paraphrasing the questions/statements. Straight White Male: The Lowest Difficulty Setting There Is.

I’ve been thinking of a way to explain to straight white men how life works for them, without invoking the dreaded word “privilege,” to which they react like vampires being fed a garlic tart at high noon. 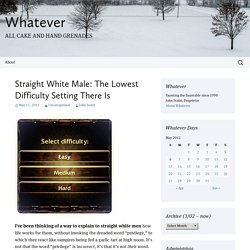 It’s not that the word “privilege” is incorrect, it’s that it’s not their word. When confronted with “privilege,” they fiddle with the word itself, and haul out the dictionaries and find every possible way to talk about the word but not any of the things the word signifies. So, the challenge: how to get across the ideas bound up in the word “privilege,” in a way that your average straight white man will get, without freaking out about it? Being a white guy who likes women, here’s how I would do it: Dudes. Okay: In the role playing game known as The Real World, “Straight White Male” is the lowest difficulty setting there is. This means that the default behaviors for almost all the non-player characters in the game are easier on you than they would be otherwise. I am racist, and so are you. And the sooner we both acknowledge this, the sooner we can begin to address the problem. 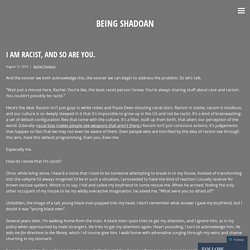 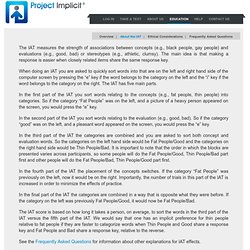 The main idea is that making a response is easier when closely related items share the same response key. What Happens When A Black Man And A White Man Try To Break Into The Same Car. The difference between ads aimed at women and men. Advertising: Pantene Philippines Ad Breaks Down Workplace Stereotypes. American Psychosis. The United States, locked in the kind of twilight disconnect that grips dying empires, is a country entranced by illusions. 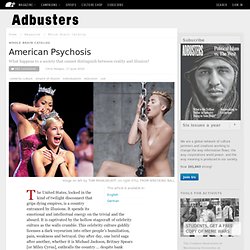 GoldieBlox Entry. If 3 Little Girls Did This To My House, I'd Do Everything I Could To Get Them Full Rides To Stanford. Deeply Embarrassed White People Talk Awkwardly About Race by Jen Graves. One day in front of a class of art history students at Cornish College of the Arts, I say, "Raise your hand if you're a racist. 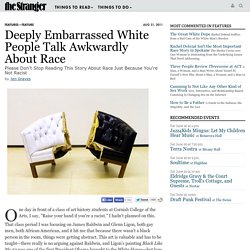 " I hadn't planned on this. That class period I was focusing on James Baldwin and Glenn Ligon, both gay men, both African American, and it hit me that because there wasn't a black person in the room, things were getting abstract. This art is valuable and has to be taught—there really is no arguing against Baldwin, and Ligon's painting Black Like Me #2 was one of the first President Obama brought to the White House—but how do you teach someone to have a relationship to it? 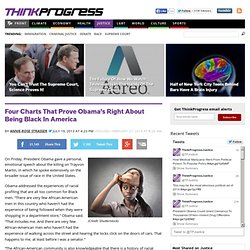 Before and after photoshop. The Questions People Get Asked About Their Race : Code Switch. How do you respond to questions about your culture or race? 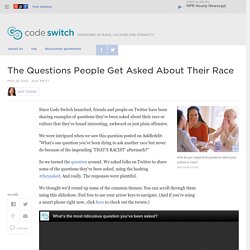 Ariel Skelley/Corbis hide caption itoggle caption Ariel Skelley/Corbis How do you respond to questions about your culture or race? We should all be feminists - Chimamanda Ngozi Adichie at TEDxEuston. The Gender Traits Test 2.0. This page was taken largely from The International Foundation for Androgynous Studies Inc , based on a paper about Androgyny . The former site had a lame version that didn't have any Javascript to calculate things. Bechdel test. The Bechdel test (/ˈbɛkdəl/ BEK-dəl) asks whether a work of fiction features at least two women who talk to each other about something other than a man.

The requirement that the two women must be named is sometimes added. Only about half of all films meet these requirements, according to user-edited databases and the media industry press. The test is used as an indicator for the active presence of women in films and other fiction, and to call attention to gender inequality in fiction due to sexism.[1] LEGO Friends - LEGO & Gender Part 1. Warren Buffett is bullish ... on women - May. 2, 2013. Warren Buffett with the late Katharine Graham of the Washington Post at his 50th-birthday party in 1980. These 30 U.S. metropolitan areas are the least diverse in the country.

Portland Gentrification: The North Williams Avenue That Was – 1956. The Skanner News this week unveils our special tribute to the families who lost their homes and businesses over the years Lisa Loving Of The Skanner News August 09, 2011. In Portland's heart, 2010 Census shows diversity dwindling. Portland, already the whitest major city in the country, has become whiter at its core even as surrounding areas have grown more diverse. Of 354 census tracts in Multnomah, Washington and Clackamas counties, 40 became whiter from 2000 to 2010, according to The Oregonian's analysis of the 2010 Census.

Of those, two lie in rural Clackamas County. The 38 others are in Portland. The city core didn't become whiter simply because lots of white residents moved in, the data show. Nearly 10,000 people of color, mostly African Americans, also moved out. And those who left didn't move to nicer areas. White Privilege. WhitePrivilege.pdf (application/pdf Object) Jailbreak the Patriarchy. Even Babies Discriminate: A NurtureShock Excerpt. - Newsweek and The Daily Beast. A Project of the American Anthropological Association. Unpacking the invisible knapsack.