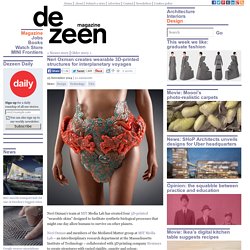 Neri Oxman and members of the Mediated Matter group at MIT Media Lab – an interdisciplinary research department at the Massachusetts Institute of Technology – collaborated with 3D printing company Stratasys to create structures with varied rigidity, opacity and colour. Why We Should Build Cloud Cities on Venus. Story of a “The surface of Venus is a place of crushing pressure and hellish temperature. 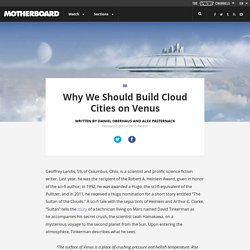 Rise above it, though, and the pressure eases, the temperature cools. Interesting Plausibility that Elon Musk Could Become a Trillionaire with a City on Mars by 2040. Some have called the Elon Musk comment that Tesla Motors could reach $700 billion in market valuation by 2025 with 50% per year annual revenue growth. 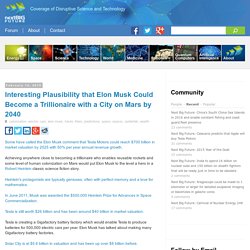 Achieving anywhere close to becoming a trillionaire who enables reusable rockets and some level of human colonization on Mars would put Elon Musk to the level a hero in a Robert Heinlein classic science fiction story. Heinlein's protagonists are typically geniuses, often with perfect memory and a love for mathematics. In June 2011, Musk was awarded the $500,000 Heinlein Prize for Advances in Space Commercialization. Tesla is still worth $26 billion and has been around $40 billion in market valuation. Tesla is creating a Gigafactory battery factory which would enable Tesla to produce batteries for 500,000 electric cars per year.

NASA reveals concept submarine that could explore the methane seas of Titan. Human exploration of planets and moons in the solar system has thus far taken place on dry land, thanks largely to the lack of liquid water on most celestial bodies. 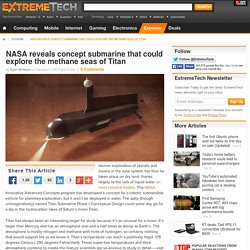 The NASA Innovative Advanced Concepts program has developed a concept for a robotic submersible vehicle for planetary exploration, but it won’t be deployed in water. The aptly (though unimaginatively) named Titan Submarine Phase I Conceptual Design could some day go for a dip in the hydrocarbon lakes of Saturn’s moon Titan. Titan has always been an interesting target for study because it’s so unusual for a moon.

How Japan Plans to Build an Orbital Solar Farm. Imagine looking out over Tokyo Bay from high above and seeing a man-made island in the harbor, 3 kilometers long. 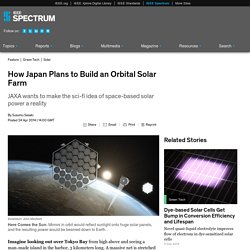 Off-World 3-D Printing Is How Humans Will Colonize Space. Manifesto of the Committee to Abolish Outer Space. Star Crystal, 1986 There’s nothing there already. 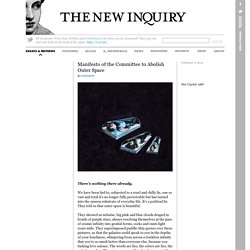 We have been lied to, subjected to a cruel and chilly lie, one so vast and total it’s no longer fully perceivable but has turned into the unseen substrate of everyday life. It’s a political lie. They told us that outer space is beautiful. ArtStation - NEO JAPAN 2202 - MOON GUARDS, Johnson Ting. Far Out: Astronomers Say Two Unknown Planets May Lurk Beyond Pluto. "Planet X" might actually exist — and so might "Planet Y. 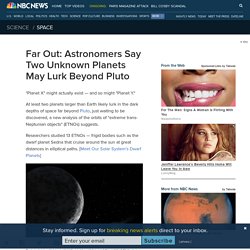 " At least two planets larger than Earth likely lurk in the dark depths of space far beyond Pluto, just waiting to be discovered, a new analysis of the orbits of "extreme trans-Neptunian objects" (ETNOs) suggests. Researchers studied 13 ETNOs — frigid bodies such as the dwarf planet Sedna that cruise around the sun at great distances in elliptical paths. [Meet Our Solar System's Dwarf Planets] NASA/JPL-Caltech Theory predicts a certain set of details for ETNO orbits, study team members said. The Space Station Is Getting A UPS-Style Shipping Service. Russian Company Announces It Is Planning To Build A Lunar Base.

Richard Branson’s space tourism shows what today’s obscene inequality looks like. Time to mine the moon, says European Space Agency. Does the picture above look futuristic to you? 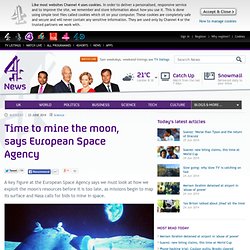 Think again, says Bernard Foing, senior exploration officer at the European Space Agency (ESA). There are already companies working on how 3D printing could help build infrastructure on the moon, as well as missions which are beginning to map its surface ahead of bids to drill for its resources. "We do not have decades to come up with answers to these important questions about exploring the moon," he said. "A fleet of international missions has already started to prospect and map the distribution of mineral resources, and water-ice. 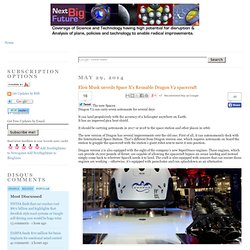 Gen. Shelton Supports New US Rocket Engine; Not Happy With Musk’s SpaceX. COLORADO SPRING: Message to Elon Musk of SpaceX: the head of Air Force Space Command is not really happy with you, and he personally supports development of a new rocket engine that would mean the United States did not have to depend on the Russians’ RD-180 rocket engine. 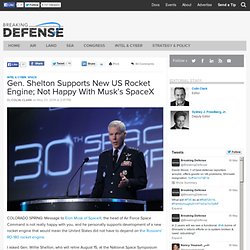 I asked Gen. Willie Shelton, who will retire August 15, at the National Space Symposium whether he was unhappy with SpaceX and the two lawsuits the company has filed. Shelton, a soft-spoken and very civil person, held himself back and said: “Generally, the person you are doing business with you don’t sue.” I followed up and asked how ticked off he was with Space X on scale of 1 to 10. He declined to answer. Shelton also reminded SpaceX that the Air Force is pouring $60 million and have put 100 people to work to see if they can certify Musk’s Falcon 9 rocket as safe and reliable enough to carry the “precious” and very expensive national security satellites into orbit. Russia plans to colonize moon with permanent lunar base from 2030: report. AlongePhoto/Getty Images/iStockphoto Russia may be going out of this world for its next conquest. Does Russia now want control of the moon? Not content with annexing the former Ukrainian region of Crimea, it's emerged that President Vladimir Putin now also has designs on lunar domination.

The nation has drafted plans to colonize the earth's satellite, according to Ria Novosti. And, citing official documents, it says it intends to send the first expeditions to build a permanent base there in 2030. "The moon is a space object for future exploration by terrestrial civilization," said a report by Russia's Academy of Sciences, Roscosmos space agency and Moscow State University. Outer Space Treaty. Treaty on Principles Governing the Activities of States in the Exploration and Use of Outer Space, including the Moon and Other Celestial Bodies The Outer Space Treaty was considered by the Legal Subcommittee in 1966 and agreement was reached in the General Assembly in the same year ( resolution 2222 (XXI).

The Treaty was largely based on the Declaration of Legal Principles Governing the Activities of States in the Exploration and Use of Outer Space, which had been adopted by the General Assembly in its resolution 1962 (XVIII) in 1963, but added a few new provisions. The Treaty was opened for signature by the three depository Governments (the Russian Federation, the United Kingdom and the United States of America) in January 1967, and it entered into force in October 1967.

The Outer Space Treaty provides the basic framework on international space law, including the following principles: The First Space Colonies Might Be Illegal. The biggest challenge to getting functioning space hotels and moon colonies might not even be, you know, building them and subsisting in space. Instead, it might be navigating the tricky international legal framework governing off-world ownership. This week, entrepreneurs and futurists are meeting in Los Angeles to discuss projects to build space colonies (and even entire cities), to create an “orbiting tavern,” and to mine asteroids. Asteroid Mining. Commercial experiments get underway aboard station. Commercial experiments get underway aboard stationNASA-MSFC NEWS RELEASEPosted: May 4, 2001 Three new commercial experiments are getting started on the International Space Station, marking a major milestone for NASA's Commercial Space Centers -- 17 centers across the United States that help industry conduct space experiments.