How the alt-right co-opted the OK hand sign to fool the media. Lancasterguardian.co. A former Lancaster University student who faces life imprisonment after being found guilty of breaching terror laws said that “history will vindicate us, even though this jury did not”. 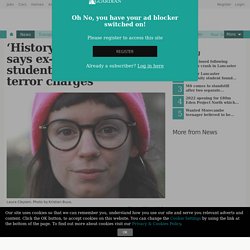 Laura Clayson, 28, who was president of Lancaster University Student Union up to 2015, went on trial with 14 other people after helping to block a deportation flight to Nigeria, Ghana and Sierra Leone. The Stansted 15 protesters, who stopped the government deportation flight from taking off in March last year, have been found guilty of breaching terror laws. Sigrid Johnson Was Black. A DNA Test Said She Wasn’t. Alexandria Ocasio-Cortez brings her whole self to Congress. Why does Hollywood keep churning out racist fantasies like ‘Victoria & Abdul’? White supremacists fly into white-hot rage at news some Vikings may have been Muslim. The UN Warns the US Over Its Response to Charlottesville. The United Nations Committee on the Elimination of Racial Discrimination (CERD) called on the US to unequivocally condemn the racism and hate speech on Wednesday. 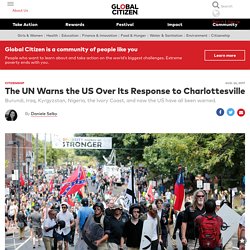 “We are alarmed by the racist demonstrations, with overtly racist slogans, chants and salutes by white nationalists, neo-Nazis, and the Ku Klux Klan, promoting white supremacy and inciting racial discrimination and hatred,” Anastasia Crickley, the Chairperson of CERD, said in a news release. The Women Behind The 'Alt-Right' Lana Lokteff, pictured, runs an alt-right media company to promote her white nationalist ideologies. 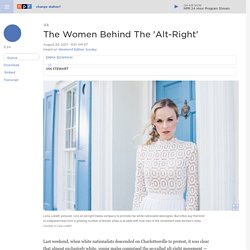 But critics say that kind of outspokenness from a growing number of female allies is at odds with how men in the movement view women's roles. Courtesy of Lana Lokteff hide caption toggle caption. Confederate monuments taken down in Baltimore overnight. Confederate statues in Baltimore were removed from their bases overnight by city contractors, who used heavy machinery to load them onto flat bed trucks and haul them away — an abrupt end to more than a year of indecision on what to do with the memorials. 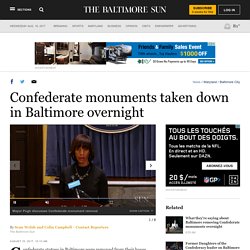 Mayor Catherine Pugh, who made the decision, watched in person as the four statues linked to the Confederacy were torn from their pedestals. The Baltimore City Council unanimously passed a resolution to remove them, amid a renewed national conversation following a deadly terrorist attack by a white supremacist at a rally in Charlottesville, Va. on Saturday. Mayor Catherine Pugh said Wednesday morning crews working for the city began removing the four Confederate monuments at 11:30 p.m. Tuesday and finished at 5:30 a.m. “It’s done,” she said Wednesday morning.

As she did on Monday, Pugh again said she was surprised more hadn’t been done on the process of removing the statues before she took office. It happened in the middle of the night. Who are the antifa? Antifascists may seem like a novelty, but they’ve been around for a very long time. 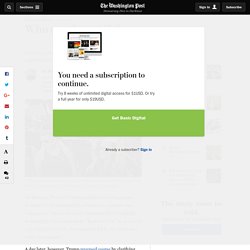 Maybe we should start listening to them. (Getty Images) Could Neo Nazis Stop Using Our Sacred Cultural Symbols, Please? - The Reykjavik Grapevine. People Are Loving That Mahershala Ali And Halima Aden Are On Magazine Covers. 61 Of The Most Amazing #BlackOutEid Selfies Of 2017. Portland Stabbing Victim: City Has 'White Savior Complex' (PORTLAND, Ore.) — A man who was stabbed in the neck while trying to stop a man from shouting anti-Muslim insults at two young women on a Portland, Oregon, light-rail train said Wednesday that the city should focus on the girls, not him. 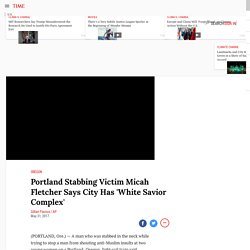 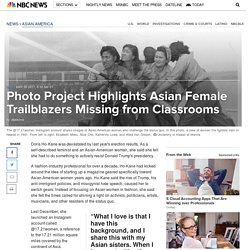 As a self-described feminist and an Asian-American woman, she said she felt she had to do something to actively resist Donald Trump's presidency. A fashion-industry professional for over a decade, Ho-Kane had kicked around the idea of starting up a magazine geared specifically toward Asian-American women years ago. I’m Not Tiny Because I’m Asian, I’m Tiny Because You’re White. As an Asian woman under 5’4”, many people misattribute my size to my race. 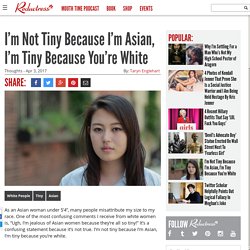 One of the most confusing comments I receive from white women is, “Ugh, I’m jealous of Asian women because they’re all so tiny!” It’s a confusing statement because it’s not true. I’m not tiny because I’m Asian, I’m tiny because you’re white. You see, with 4.3 billion Asians accounting for 60% of the world’s population, our median size is the norm and you’re all deviating from it. Americans choose to see us foreigners as small instead of stereotyping themselves as huge. Seriously, the scientific reason I’m tiny has nothing to do with my race. While this perspective may seem wild at first, let me blow your mind again. That may not sound quite as fun, but it does make just as little sense! Why Did I Assume She Was His Nanny?  I don't know about you but I feel like a real asshole assuming the Asian woman in the viral video collecting the kids during the 'so wrong but so right' BBC interview with the professor, was his nanny. 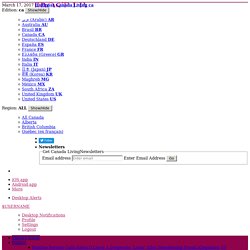 I didn't even think twice when I was telling my co-worker she needs to watch a hilarious video clip, giggling at how the nanny scoops the kids up at the end. I even wondered if the father would be upset with the nanny for not monitoring the toddlers carefully enough while he was being interviewed on live TV. Sadly, it never occurred to me that the woman was his wife. Why Discrimination Is a Public Health Issue. A Guide to Knowing Roma — Masq Magazine. Released in January 2017, The Roma Guide was initiated by freelance journalist Juliana Da Penha and cartoonist Alexandre De Maio. 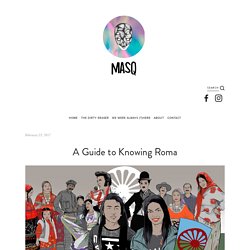 The guide features 10 facts that different members of Roma communities selected as things they wanted people to know about their identity, culture and history. The aim of the guide, illustrated by Alexandre, is to breakdown stereotypes, negative perceptions and myths surrounding Roma communities. "We believe that comics are a powerful and innovative tool to discuss social/political issues and a creative way to inform and educate," says Juliana, who also works for Friends of Romano Lav, an organisation working to challenge discrimination and disadvantage experienced by Roma migrant communities in Glasgow.

Public School Ratings, Scholarly Literature, Educational Videos & News. Source: Education Post “If we would start telling the truth in schools, we would not have racism. We could cure racism in this country” —Jane Elliott. Mass sexual assault in Frankfurt by refugees 'completely made up' Prosecutors are investigating two people for allegedly fabricating an account of a mass sex attack by Arab migrants in Frankfurt. Claims that a “sex rioting mob” of around 50 men assaulted a group of women over the new year were reported by German tabloid Bild earlier this month.

The report, which suggested the attackers lived at a refugee shelter in central Hasse, was widely re-circulated by right-wing news sites. In an article since taken down from its website, Bild interviewed a chef who runs a restaurant in Fressgass, a busy shopping district, as well as a 27-year-old woman. The chef alleged that dozens of Arab men came into his restaurant in, stole his customers' jackets and sexually assaulted multiple women.

BLM. White tears. Representation & pop-culture. Meet Moya Bailey, the black woman who created the term "misogynoir" A onslaught of racist, sexist cyber attacks last week, fans and fellow celebrities tweeted out their support for the actress using the hashtag #StandWithLeslie. But amid the outpouring of solidarity, a tweet from singer Katy Perry stood out. "Do not give your eyeballs to this racist, hate-filled, misogynoir crime," she wrote. "I #StandWithLeslie. " What struck Twitter users about Perry's message was her word choice: "Misogynoir" is a term queer black feminist scholar and Northeastern University professor Moya Bailey invented in 2010 to describe the specific way racism and misogyny combine to oppress black women.

Though the word is frequently used among communities of black women on Twitter and Tumblr, it felt significant that a mainstream celebrity like Perry would use it or be familiar with it at all. When A Brown Actor Plays A White Character, Who Really Wins. A Day Without Dignity. Tetsuro Shigematsu: Everything You Wanted to Ask an Asian but Were Afraid To. A Mom Is "Correcting Yellowface" By Transforming Herself Into Whitewashed Asian Roles. I read only non-white authors for 12 months. What I learned surprised me. In 2014, I managed to read 25 novels.