What is Swing? Swing Explained in 2 Minutes. 10 Bebop Licks for 2-5-1. Barry Harris Tritone Substitution 2-5-1 Tutorial. Barry Harris Note Dive: three chords over a G7. Nikolai Kapustin-Concert Etude #8. Zhu Yanda PDFA APPROVED. Gershwin – Rhapsody in Blue. Rhapsody in blue is my favouritteeeee piece of music and back in the school days I did an essay about it. 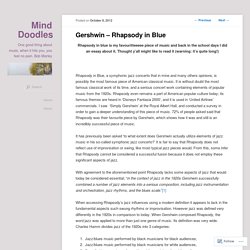 Thought y’all might like to read it (warning: it’s quite long!) Rhapsody in Blue, a symphonic jazz concerto that in mine and many others opinions, is possibly the most famous piece of American classical music. It is without doubt the most famous classical work of its time, and a serious concert work containing elements of popular music from the 1920s. Rhapsody even remains a part of American popular culture today; its famous themes are heard in ‘Disneys Fantasia 2000’, and it is used in ‘United Airlines’ commercials. I saw ‘Simply Gershwin’ at the Royal Albert Hall, and conducted a survey in order to gain a deeper understanding of this piece of music. 72% of people asked said that Rhapsody was their favourite piece by Gershwin, which shows how it was and still is an incredibly successful piece of music. George Gershwin An Analysis of His Style and Influence on Music Through Rhapsody in Blue by Charles Thomsen on Prezi.

Gershwin - Rhapsody in Blue Listener's Guide. Listener's Guide Overview According to the often-told story, having seen George Gershwin's mini-opera Blue Monday, bandleader Paul Whiteman asked the composer for an extended work to perform at a special concert to be given at the Aeolian Hall in New York. 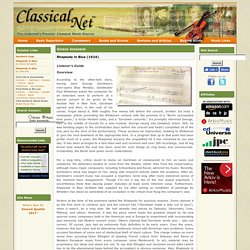 Gershwin agreed and then, in the rush of his career, forgot about it. With roughly five weeks left before the concert, brother Ira read a newspaper article promoting the Whiteman venture with the promise of a "Berlin syncopated tone poem," a Victor Herbert suite, and a "Gershwin concerto. " Ira promptly informed George, then in the middle of tryouts for a new musical. For a long time, critics loved to dump on Gershwin or condescend to him as naïve and untutored. Writers at the time of the premiere hailed the Rhapsody for spurious reasons. Finally, the odd notion persisted that Gershwin simply didn't know what he was doing. When talking about the Rhapsody, we must ask, which Rhapsody? Guide. Le blues. Dans cette page nous allons voir les outils que je trouve indispensable pour jouer du blues. 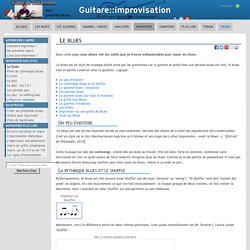 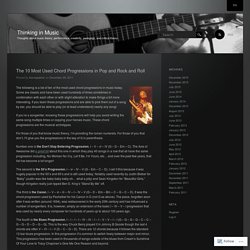 Some are classic and have been used hundreds of times sometimes in combination with each other or with slight alteration to make things a bit more interesting. 50 greatest traditional blues songs. “A lot of peoples wonder, ‘what is the blues?’ 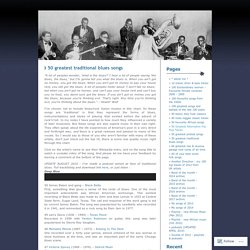 I hear a lot of people saying ‘the blues, the blues,’ but I’m gonna tell you what the blues is. When you ain’t got no money, you got the blues. When you ain’t got no money to pay your house rent, you still got the blues. The Official Barry Harris Website for Jazz Education and Information. American School Of Modern Music Ecole de Jazz et des Musiques Modernes à Paris. Home of Howard Rees' Jazz Workshops. Bebop. Bebop or bop is a style of jazz characterized by fast tempo, instrumental virtuosity, and improvisation based on the combination of harmonic structure and melody. 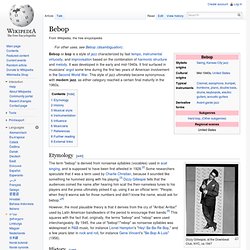 It was developed in the early and mid-1940s. It first surfaced in musicians' argot some time during the first two years of American involvement in the Second World War. This style of jazz ultimately became synonymous with modern jazz, as either category reached a certain final maturity in the 1960s. Pannonica de Koenigswarter. Rick Stone - one of the finest straight-ahead guitarists on the current NYC jazz scene (20th Century Guitar) Check out my site JazzGuitarLessons.com Ready to take your playing to the next level? 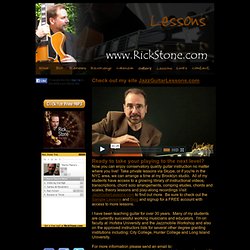 Now you can enjoy conservatory quality guitar instruction no matter where you live! Take private lessons via Skype, or if you're in the NYC area, we can arrange a time at my Brooklyn studio. All of my students have access to a growing library of instructional videos, transcriptions, chord solo arrangements, comping etudes, chords and scales, theory lessons and play-along recordings Visit JazzGuitarLessons.com to find out more. 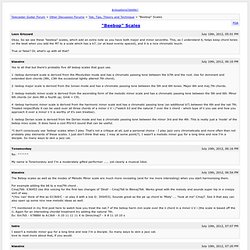 I like having a system or method to learn from. This is good for non-jazz players because this intro is key of C, with straight up unaltered G dominant scale. But all of the examples, and others I have stumbled upon in my limited internet searching, have been descending lines for the scalar stuff. Media - Jazz Master Class: Barry Harris. Freddy Cole. Lionel Frederick Cole (born October 15, 1931) is an American jazz singer and pianist, whose recording career has spanned over fifty years. 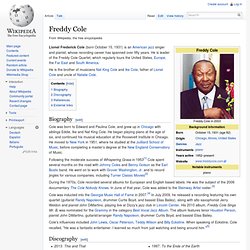 He is leader of the Freddy Cole Quartet, which regularly tours the United States, Europe, the Far East and South America. He is the brother of musicians Nat King Cole and Ike Cole, father of Lionel Cole and uncle of Natalie Cole. Biography[edit] Cole was born to Edward and Paulina Cole, and grew up in Chicago with siblings Eddie, Ike and Nat King Cole. He began playing piano at the age of six, and continued his musical education at the Roosevelt Institute in Chicago. HOME. [PASCALSCHUMACHER.COM] Francesco Tristano. Keith Jarrett master class with Dave Frank in NYC 01/08/10 05:34PM, Keith Jarrett master class with Dave Frank in NYC 01/08/10 05:34PM dfrankjazz on USTREA. Bill's Piano Pages. Afficher le sujet - Les classiques modifiés en jazz (Pierre-Yves Plat). 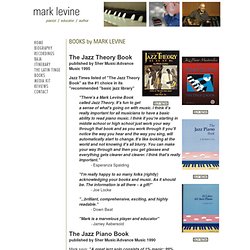 Sound Like the Greats. This short instructional jazz piano tutorial will help you learn to sound like the great McCoy Tyner by showing you some techniques involving the shapes of your lines and melodies. This will help you learn to play melodies or improvise in his characteristic fourth and pentatonic style. For Skype lessons, email me at jazzpianoconcepts@gmail.com. You just might learn a thing or two. How to Play Like Oscar Peterson: Part 2. Oscar peterson piano lesson. Stride (music) Stride piano is highly rhythmic because of the "oom-pah" (alternating bass note / chord) action of the left hand. In the left hand, the pianist usually plays a single bass note, or a bass octave or tenth, followed by a chord, while the right hand plays syncopated melody lines with harmonic and riff embellishments and fill patterns.

How Jazz Musicians Practice. The jazz pianist is part pianist, part composer and part arranger. In addition to "traditional" pianistic skills, jazz pianists must also be able to improvise, harmonize melodies, instantly transpose, and create accompaniments in a variety of styles. They must also have highly developed rhythmic skills and be able to "swing. " In a practice session, pianistic as well as creative resources need to be constantly challenged.