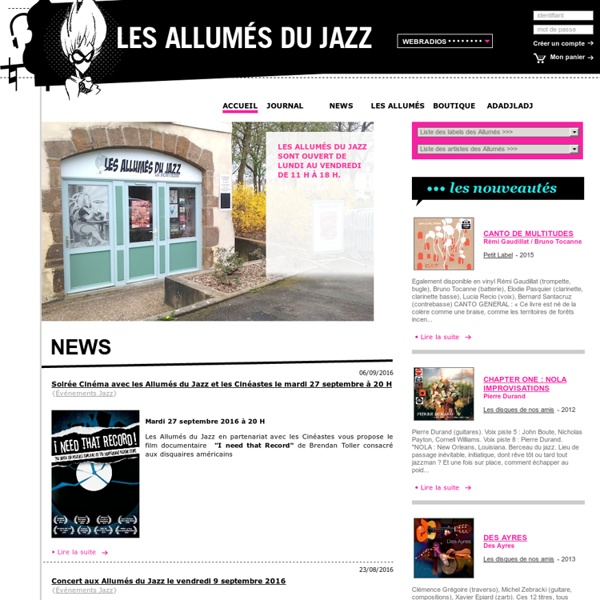 Double Bass - Upright Bass - String Bass - Bass Viol - Bass Fiddle - Electric Upright Bass - Links Page, Courtesy of Gollihur Music - Upright Bass Specialists Back in 1996, I posted a list on my website (pulled from my personal bookmarks) of double bass resources I'd found, simply to share them with other players. Over the years, I've maintained this collection - adding new resources, removing dead links when I can, and taking lots of link suggestions from the site's many visitors. Now, more than 10 years later, the list has continued to grow, and what you see below is the fruits of my labor. When I had custom software written for Gollihur Music in 2007, we included database driven Links and Luthiers Directory software so we could more easily maintain the information. This list changes and grows on almost a daily basis due to new discoveries and submissions.

Jason Heath’s Double Bass Blog » Blog Archive » Fifteen practicing mistakes that students make The following list is really geared toward younger musicians, and while we all can certainly stand to re-evaluate our own practice habits from time to time, I don’t want you to think that I’m “talking down” to you (or “blogging down”…or whatever!). These are a handful of common pitfalls that I have seen my students make over the years, and getting going with my bass studio (as well as the student teaching that I’m doing right now–I’m busy!) has turned my focus to the practice room and how students can achieve the best results as efficietly as possible and with the least amount of frustration possible. 1.

DownBeat Magazine Todd Phillips (musician) Todd Phillips (born April 21, 1953) is an American double bassist. He has appeared on many innovative, as well as traditional, acoustic instrumental and bluegrass recordings made since the mid-1970s. A two-time Grammy Award winner and founding member of the original David Grisman Quintet, Phillips has made a career of consistently performing and recording with acoustic music artists. In 1983 Phillips received his first Grammy Award for his work with The New South (Crowe, Skaggs, Rice, Douglas) in a live concert recording; "Bluegrass - The Greatest Show on Earth". In '83 he also finished his critically acclaimed first solo recording; "Released" (Varrick Records), featuring Tony Rice and Darol Anger.

Essential Techniques for Acoustic Bass by Todd Phillips - Two DVD Set at Gollihur Music - Double Bass, Upright Bass, String Bass Specialists Essential Techniques for Acoustic Bass by Todd Phillips - Two DVD Set I will always suggest that you start your upright bass adventures by studying with an experienced and schooled teacher. However, I recognize that both geography and cost can get in the way of that method, as quality teachers are not so easy to find in every nook and cranny of the world. Some folks find visual instruction easier than the written word, and due to demand for such a product, I've settled on Todd Phillips' instruction set. I can recommend this two-DVD set to help launch a new player into the world of upright bass. It's not specific to any style, so whether you're into bluegrass, jazz, rockabilly - or any other style - this is a great starting point.

Double bass The bass is used in a range of genres, such as jazz, 1950s-style blues and rock and roll, rockabilly/psychobilly, traditional country music, bluegrass, tango and many types of folk music. A person who plays the double bass is usually referred to as a bassist. The double bass is a transposing instrument and sounds one octave lower than notated. The double bass is the only modern bowed string instrument that is tuned in fourths (like a viol), rather than fifths. Jazz Bass on Top - Left-Hand Technique Book by Andy McKee at Gollihur Music - Double Bass, Upright Bass, String Bass Specialists Andy McKee has performed for over 25 years with many jazz greats, playing all over the world. He began his career in Philadelphia with musicians like Hank Mobley, Johnny Hartman, Slide Hampton, Clarence “Cee”Sharp and Philly Joe Jones - who McKee particularly considers a mentor. After many more gigs and learning experiences (with many more notable musicians) he became the staff bassist for The Elvin Jones Jazz Machine - playing for many years with the group in Europe, the Middle East and at home in New York City. Between 1992 and 2003, Andy toured, recorded and served as associate musical director of the Mingus Big Band and the Mingus Dynasty.