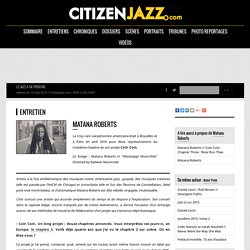 Un long projet : douze chapitres annoncés. Planets, Trains, & Doors. I ran into Denardo Coleman at Dunkin Donuts of all places recently and thanked him profusely for the way he had the Funeral for his father begin. 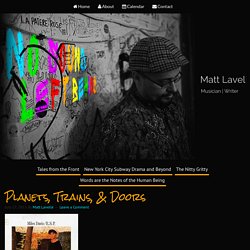 The sound went through everybody’s body and bored down to their soul. The Master Musicians of Joujouka led the body up the center of the aisle at Riverside Church, a cathedral to me. The energy of all present was lifted up. The music served notice. A spiritual event began. Pharoah Sanders called down music from heaven. Fast forward to the Vision Festival, where people that feel music from the future all congregate every year. What’s so amazing about the music on Organica, is that it’s post EVERYTHING. How did we get here musically in 2015? Grandmasters like Ornette and Miles are like planets. Matthew Shipp: Piano Sutras. (Thirsty Ear)US: 24 Sep 2013UK: 24 Sep 2013 Matthew Shipp caught ears when he was playing with saxophonist David S. 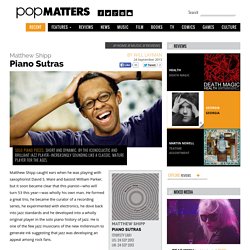 Ware and bassist William Parker, but it soon became clear that this pianist—who will turn 53 this year—was wholly his own man. He formed a great trio, he became the curator of a recording series, he experimented with electronics, he dove back into jazz standards and he developed into a wholly original player in the solo piano history of jazz. He is one of the few jazz musicians of the new millennium to generate ink suggesting that jazz was developing an appeal among rock fans. What do you want this guy to do next? Rumors that he might retire turned out to be false. These 13 tracks (two, “Giant Steps” and “Nefertiti”, were not written by Shipp) are relatively brief and focused pianistic essays.

Some of this work has a dramatic foreboding. I Belong to a World That's Destroying Itself [aka Revenge] - Annette Peacock. Annette Peacock gets it right again. 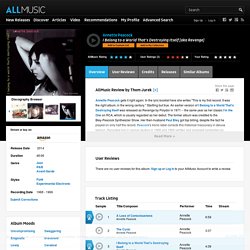 In the lyric booklet here she writes "This is my first record. It was the right album, in the wrong century. " Startling but true. An earlier version of I Belong to a World That's Destroying Itself was released as Revenge by Polydor in 1971 -- the same year as her classic I'm the One on RCA, which is usually regarded as her debut. The former album was credited to the Bley-Peacock Synthesizer Show. 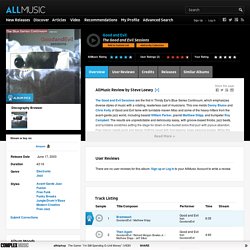 This one melds Danny Blume and Chris Kelly of Good and Evil fame with turntable maven Miso and some of the heavy-hitters from the avant-garde jazz world, including bassist William Parker, pianist Matthew Shipp, and trumpeter Roy Campbell. The results are unpredictable and deliciously sassy, with groove-based throbs, jazz beats, and turntable scratches setting the stage for down-in-the-bucket solos that purr with joyous abandon. Free improv meets punk and dance rhythms laced with foot-tapping, body-swaying pulses. 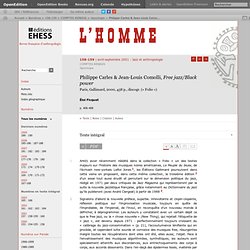 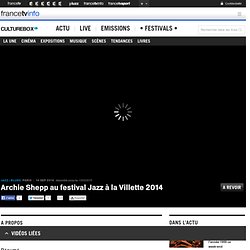 Reviews, guides, things to do, film - Time Out New York. Zebulon; Sun 13 Some artists are so distinctive that they seem to have no real antecedent. 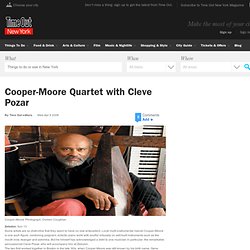 Local multi-instrumental marvel Cooper-Moore is one such figure, combining poignant, eclectic piano work with soulful virtuosity on self-built instruments such as the mouth bow, twanger and ashimba. But he himself has acknowledged a debt to one musician in particular: the remarkable percussionist Cleve Pozar, who will accompany him at Zebulon. The two first worked together in Boston in the late ’60s, when Cooper-Moore was still known by his birth name, Gene Ashton. Ashton was instantly taken with Pozar (who, interestingly, changed his own first name from Robert several years later), and it’s not hard to understand why: In addition to having played an integral role in the early NYC free-jazz scene, appearing on such important recordings as Bill Dixon’s Intents and Purposes and Bob James’s Explosions, Pozar exhibited a staunchly DIY ethos to match his sui generis aesthetics.