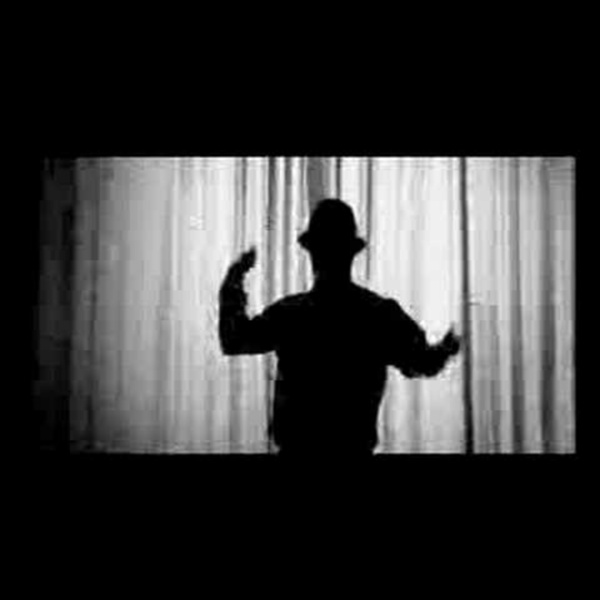 'Lush Life,' a Self-Portrait in Song Revive Big Band At Berklee An analysis of Miles Davis's Kind of Blue What is a classic album? Not a classical album – a classic album. One definition would be a recording that is both of superb quality and of enduring significance. I would suggest that Miles Davis’s 1959 recording Kind of Blue is indubitably a classic. There were several important records released in 1959, but no event or recording matches the importance of the release of the new Miles Davis album Kind of Blue on 17 August 1959. But popularity or commercial success do not correlate with musical worth, and it is in the music on the recording that we find both quality and significance. The pianist here is Bill Evans, who was new to Davis’s band and a vital contributor to the whole project. Evans makes his mark throughout the album, though Wynton Kelly substitutes for him on the bluesier and somewhat more traditional second track “Freddie Freeloader.” Musicians refer to the special sound on Kind of Blue as “modal.” A [D harmony] A [D harmony] B [Eb harmony] A [D harmony] Saxophone (Coltrane)

Gilad Hekselman's Essential Jazz Listening Jazz guitarist Gilad Hekselman has created quite a buzz in the jazz community. In 2004, he arrived in New York, a student in his early twenties who had just received the America-Israel Cultural Foundation Scholarship to attend The New School in New York. In 2005, Hekselman won the Gibson Montreux International Guitar Competition and the following year, he opened for legendary flamenco player Paco de Lucia at the Montreux Jazz Festival. In 2006, he released his debut album Splitlife to enthusiastic reviews. Hekselman has performed with many jazz greats including John Scofield and Mark Turner, and in 2012 he was featured on Esperanza Spalding’s Grammy-winning album “Radio Music Society.” Released in 2013 on JazzVillage, a sub-label of the revered Harmonia Mundi, Hekselman’s fourth album, This Just In, shows the guitarist’s growth and refinement in a very short time. Streaming Jazz Vinyl on the Interwebs Miles Davis Bill Evans “One of Bill’s best works in my opinion. Wes Montgomery

Joe Locke's Essential Jazz Listening Joe Locke is a renowned jazz vibraphone player who has recorded with everyone from Grover Washington Jr. and Kenny Barron to the Münster Symphony Orchestra and the Beastie Boys. The Jazz Journalists Association presented Locke the “Mallet Player of the Year” award in 2006, 2008 and 2009, and he has won Golden Ear Awards for “2005 Concert of the Year” and “2007 Concert of the Year.” Locke, the son of a classics professor, was raised in Rochester, New York and learned to play piano and drums at an early age. By the time he was 13, Locke had taken up vibraphone and during his teens, he studied with pianist Phil Markowitz and bassist Steve Davis. Locke has performed as a sideman on over 60 records ranging from Rod Stewart’s It Had to be You to Dianne Reeves’s Bridges. As a band leader, Locke has put out over 30 recordings, the latest of which, Love is a Pendulum has received superlative reviews. Streaming Jazz Vinyl on the Interwebs Art Tatum “Profound genius at the piano. Thelonious Monk

North America's Best Jazz Clubs Jazz music is one of America’s great art forms, a musical blend of cultures — West African rhythms, elements of spirituals and the blues, and America’s marching band instruments, brass and reeds — that evolved throughout the 20th century. Its blooming spread across the nation. Jazz started off as a type of dance music played by self-taught instrumentalists in New Orleans, which was performed in brothels and bars. Harmonies and rhythms are an integral part of jazz, but equally important is the spontaneity. Jazz venues aren’t cavernous concert halls. Criteria for Inclusion: Choosing the “best” of anything will always lead to debate. Village Vanguard Photo: NPR In Brief: Max Gordon opened Village Vanguard at its current location in 1935. 178 7th Ave South ⇱ | (212) 255-4037 | villagevanguard.com Photo: John Beasley In Brief: In January 2013, SFJAZZ opened its doors in San Francisco’s Civic Center, offering world-class performances and forward-thinking educational programs. Blue Whale Cezanne

John McLaughlin: Extrapolation If you were looking for one John McLaughlin record you might play for a curious friend, this would be the one. Extrapolation was McLaughlin's first album release as a leader, and it sounds as fresh today as it did way back in 1969. From the opening strains of "Extrapolation" to the closing softness of "Peace Piece," this album presents a fine modern European jazz quartet in full charge of the sounds of their time. Extrapolation features the under-appreciated John Surman on sax, Tony Oxley on drums and Brian Odges on bass. This quartet blazes through McLaughlin's JAZZ-blues-rock compositions and forms a hodge-podge of restless rhythms and irresistible hooks. Extrapolation also offers glimpses into the future. It would take the world 20 years to discover how truly timeless this album was. Related link: John McLaughlin Reviews @ All About Jazz Personnel: John McLaughlin- guitar, John Surman- sax, Brian Odges- bass, Tony Oxley- drums

Things We Like - Jack Bruce | Songs, Reviews, Credits Enthusiasts expecting to hear a continuation of the type of material that Jack Bruce (bass) had been responsible for during his tenure(s) with Cream or the Graham Bond Organisation might be in for quite a shock when spinning Things We Like (1970) for the first time. Instead of an album's worth of blues-based rockers, the seven instrumentals feature Bruce with other former Graham Bond stablemates John McLaughlin (guitar), Jon Hiseman (drums), and Dick Heckstall-Smith (sax) performing post-bop and free jazz. A majority of the compositions were penned by Bruce in his preteen days of formal scholarship at the Royal Scottish Academy of Music, where he also mastered the cello and composed a string quartet at the age of 11. After having gained significant clout from Cream, Bruce assembled what was initially a trio.

When a Jazz Musician Shook Up Classical Music A racially mixed audience settled into the red velvet seats of Carnegie Hall, their faces gazing up at the gilded proscenium in a mirror image of the orchestral piece they were about to hear: Duke Ellington’s “Black, Brown and Beige.” It was Jan. 23, 1943, and segregation was at its height, even in cosmopolitan New York City. Yet patrons like Eleanor Roosevelt and Frank Sinatra commingled with Count Basie and other Black celebrities in the illustrious venue for the debut of Ellington’s ambitious jazz suite with its groundbreaking theme — a celebration of the role and spirit of African-Americans in the history of the United States, the injustices committed against them, the struggles they faced and the triumphant emergence of their identity. The concert’s promoters had taken out newspaper ads calling the new work “Duke Ellington’s first symphony,” while the composer himself had described it as “a parallel to the history of the Negro in America.” Fate is being kind to me. Vitals: b.

Miles Davis Iconic 1959 Album Kind of Blue Turns 60: Revisit the Album That Changed American Music No amount of continuous repeats in coffeeshops around the world can dull the crystalline brilliance of Miles Davis’ Kind of Blue one bit. The album turned 60 three days ago, and it still stands as one of the most influential albums, jazz or otherwise, of all time… indeed, as “one of the single greatest achievements in American music.” So says one of several critics praising the album in the introduction to an interview with Ashley Kahn, author of Kind of Blue: The Making of the Miles Davis Masterpiece. This would make Davis not only the composer of a new jazz Bible, but also a Bible salesman. Columbia responded, and as a result, many people around the U.S. Sales are neither necessary nor sufficient to make a classic album, but in the case of Kind of Blue, all of the stars aligned: critics universally praise it, musicians universally love it, and record buyers universally buy it. None of the musicians in the sextet had any idea the record would get as big as it did. Related Content: