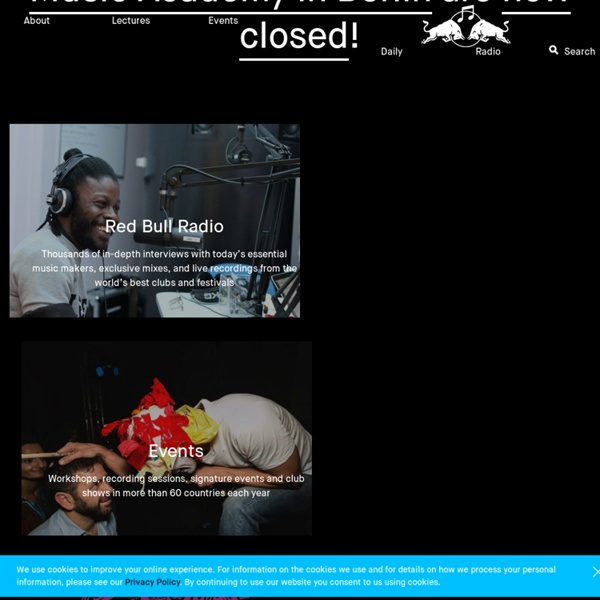 U of Minn. sick of Red Bull marketing attacks, cancels contract ​ The University of Minnesota is currently under a pretty strict "Coke only" contract on campus, which only allows Gatorade and Red Bull soft drinks to be sold in addition to Coca Cola products. When Red Bull kept breaking their contract with the school, they got the boot. The University ended their contract with Red Bull Oct. 9 after the company "repeatedly violated parts of the agreement prohibiting them from marketing the drink on campus," according to the Minnesota Daily. Thinking back to our days on campus, we think we know exactly what was going on. Students could also buy Red Bull at three locations on campus. More from the MN Daily: Red Bull was unwilling to comment on its marketing strategies for "proprietary" reasons, Belongia said in an e-mail.

Dromos Records Insider's Look at Red Bull U This content is from The Marketing Fresh Peel Red Bull is a fascinating brand. In less than a decade they were able to go from being a relatively obscure brand in a nonexistent category into a brand that's known and loved world-wide. What's really amazing about that feat is that they have largely discarded the traditional methods of mass marketing, which many think largely contributes to their mass appeal. In the past, I've referred to some of my own experiences with the brand and how the creation of these experiences provide a means for Red Bull to always be moving and changing what and how they are interact with consumers, but still maintain a consistent image. Red Bull University is one of the many ways that Red Bull puts their brand into consumers hands to let them fill in the gaps. I was able to get in touch with Sam Bennett, who is a Student Brand Manager for Red Bull at Loyola Marymount Univeristy and ask him a few questions about the program. â€”â€” SB: Yes. â€”- Connect:

From Paris | We are From Paris, we come from Paris.