“Is This Something That’s Going to Haunt Me the Rest of My Life?” 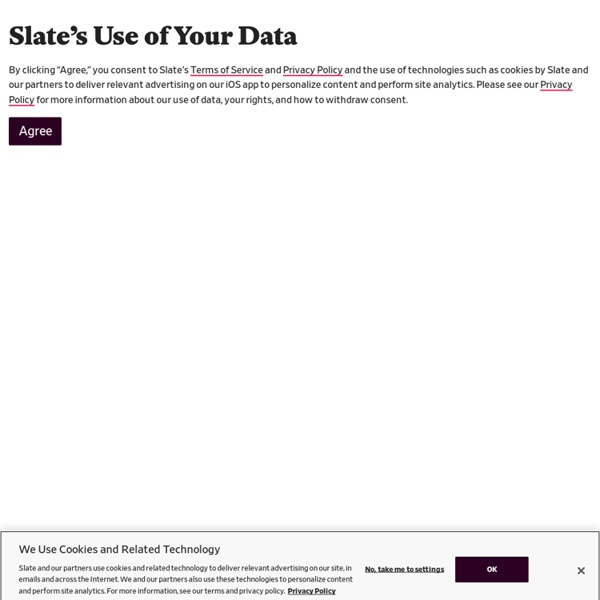 90% of security incidents trace back to PEBKAC and ID10T errors “Apparently, hackers really do still party like it’s 1999,” Verizon said in its 2015 Data Breach Investigations Report (DBIR) regarding how often really old vulnerabilities are exploited and result in data breaches. But the real problem is you. It’s me. 5 Ways Millennials Are Changing Parenting Forever Millennial parents, the cohort born between 1980 and 2000 of which there are an estimated 22 million of in the U.S., are astutely tailoring their parenting style to the needs of their family while challenging traditional societal norms. Shaped by an era dominated by post 9/11 security concerns, international conflicts, and a massive global recession, millennials have channelled a climate of uncertainty into a commitment to providing their kids with the best possible childhood. Here are five ways millennial parents are changing parenthood forever. In just the past five years, the international successes of Amy Chua’s Tiger Mother and Paula Druckerman’s Bringing Up Bébé starkly highlight differences in parenting approaches. While Druckerman is quick to assert that America has a ‘parenting problem’ in comparison to its French counterparts, Chua ultimately concludes that the goal of raising ‘happy, strong, and self-reliant’ children is achievable through many parenting methods.

Study: Religious fundamentalists and dogmatic individuals are more likely to believe fake news New research provides evidence that delusion-prone individuals, dogmatic individuals, and religious fundamentalists are more likely to believe fake news. The study, which appears in the Journal of Applied Research in Memory and Cognition, suggests that the inability to detect false information is related to a failure to be actively open-minded. The rise of online social media has led to growing concerns about the spread of unsubstantiated rumors, misleading political propaganda, and blatantly false articles designed to create viral web traffic.

Naples Life,Death & Miracle © ErN 102, Jeff Matthews entry Nov 2009, rev. Dec 2011 The Femminiello in Neapolitan Culture On the Evolution of Fatness in Society “’Oh, look, look!’ They spoke in low, scared voices. ‘Whatever is the matter with her? Why is she so fat?’” Such were the questions whispered by the aging but still slim and beautiful elites in Aldous Huxley’s Brave New World. Electrospaces.net: What is known about NSA's PRISM program (Updated: August 19, 2016) Therefore, this article presents almost everything we know about the PRISM program, combining information from my earlier postings and from other media and government sources. It shows that PRISM is not about bulk or mass surveillance, but for collecting communications of specifically identified foreign targets.

Why Parenting Styles Matter When Raising Children Developmental psychologists have long been interested in how parents affect child development. However, finding actual cause-and-effect links between specific actions of parents and later behavior of children is very difficult. Some children raised in dramatically different environments can later grow up to have remarkably similar personalities. Conversely, children who share a home and are raised in the same environment can grow up to have very different personalities. Despite these challenges, researchers have posited that there are links between parenting styles and the effects these styles have on children. And some suggest these effects carry over into adult behavior.

How US billionaires are fuelling the hard-right cause in Britain Dark money is among the greatest current threats to democracy. It means money spent below the public radar, that seeks to change political outcomes. It enables very rich people and corporations to influence politics without showing their hands. Among the world’s biggest political spenders are Charles and David Koch, co-owners of Koch Industries, a vast private conglomerate of oil pipelines and refineries, chemicals, timber and paper companies, commodity trading firms and cattle ranches.

Femminielli Napoletani – Katherine Wilson CiroCiretta, how would you define femminiello culture? I’ve always thought that it’s not the person but the geography that is central. It’s Naples with its many souls that makes the femminiello different. People who feel that they are not women or men but are both can be found in many different cultures; it is our land that makes a femminiello who s/he is. The human being is not at center stage, in fact a person is simply something covered in skin. It is the territory, the culture, the history that makes a femminiello embody the Neapolitan spirit. Zadie Smith On Her Transatlantic Style Evolution I work in an American university, but in the long academic holidays I come home, to England. Twice a year – and for the past 10 years – I’ve stood before an open suitcase in New York and thought: what do people wear in London? Or, conversely, if the suitcase is in London: what do they wear in New York? I always forget, I never get it right. I’ve turned up on a Tuesday night at a local pub dressed as you might for a quick pre-dinner cocktail with a girlfriend in Tribeca.

The real story in the NSA scandal is the collapse of journalism Updated June 9 to include details of the Guardian's coverage, a link to the Post's correction policy, and a quote from the Huffington Post. Updated June 10 to include a quote from a follow-up article in the Post directly contradicting its initial claims and another observation after the release of the leaker's identity. On Thursday, June 6, the Washington Post published a bombshell of a story, alleging that nine giants of the tech industry had “knowingly participated” in a widespread program by the United States National Security Agency (NSA).