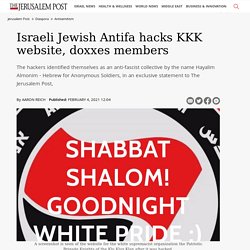 While the website originally consisted of white supremacist imagery as well as a link to join them, the hack completely altered the entirety of the webpage. In an exclusive statement to The Jerusalem Post, the hackers identified themselves as an anti-fascist collective by the name Hayalim Almonim - Hebrew for Anonymous Soldiers. “Our objective is to strike terror into the hearts of the enemies of humanity,” they told the Post. “Neo-Nazi and other white supremacist groups believe that Jews have an all-seeing eye. Gov. Walz, Officials Give Update On Unrest In The Twin Cities – News, Sports, Weather, Traffic, and the Best of Minnesota, and the Twin Cities of Minneapolis-St. Paul. 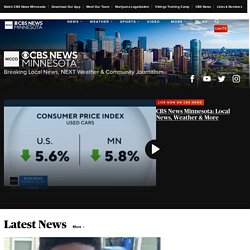 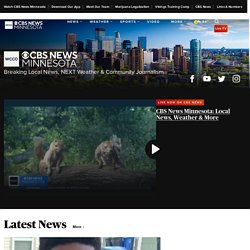 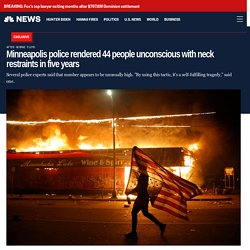 Several police experts said that number appears to be unusually high. Minneapolis police used neck restraints at least 237 times during that span, and in 16 percent of the incidents the suspects and other individuals lost consciousness, the department's use-of-force records show. A lack of publicly available use-of-force data from other departments makes it difficult to compare Minneapolis to other cities of the same or any size. Police define neck restraints as when an officer uses an arm or leg to compress someone's neck without directly pressuring the airway. Barack Obama Writes Essay On Effecting Real Change After George Floyd's Killing. After releasing a statement on the police killing of George Floyd in Minneapolis, former President Barack Obama on Monday wrote a more lengthy statement on the role of protest in catalyzing political change. 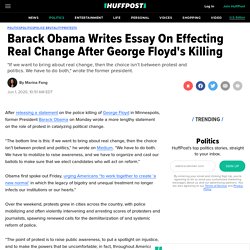 “The bottom line is this: if we want to bring about real change, then the choice isn’t between protest and politics,” he wrote on Medium. “We have to do both. We have to mobilize to raise awareness, and we have to organize and cast our ballots to make sure that we elect candidates who will act on reform.” Police Caught On Camera Pressing Knee Into Neck During Seattle Arrest. A police officer in Seattle was caught on video pressing a knee into the necks of white looting suspects who were arrested on Saturday night. 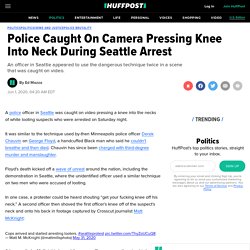 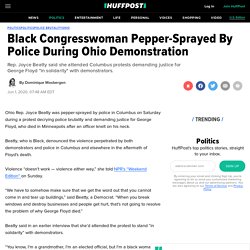 Joyce Beatty was pepper-sprayed by police in Columbus on Saturday during a protest decrying police brutality and demanding justice for George Floyd, who died in Minneapolis after an officer knelt on his neck. Beatty, who is Black, denounced the violence perpetrated by both demonstrators and police in Columbus and elsewhere in the aftermath of Floyd’s death. Will Urban Uprisings Help Trump? Actually, They Could Be His Undoing. For indispensable reporting on the coronavirus crisis and more, subscribe to Mother Jones' newsletters. 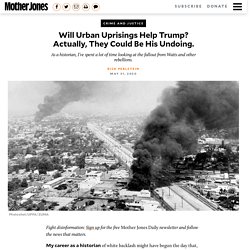 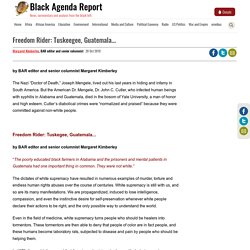 Gender Bias Exists in Professor Evaluations. Interventions to improve cultural competency in healthcare: a systematic review of reviews. Assessing Pharmacy Students’ Self-Perception of Cultural Competence. The "Beauty Bias" - Can You Hire Based on Looks? Can employers hire based on looks and image? 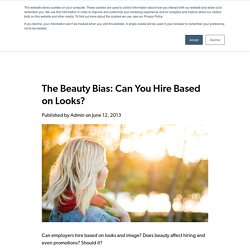 Does beauty affect hiring and even promotions? Should it? There's quite a bit of controversy about what has been termed the "beauty bias," especially in light of a new and legally-questionable job website which allows employers to recruit "beautiful people" to hire. As this issue gets more traction, here's what the law says, what existing research says, and our conclusions about whether beauty and image should factor into your employment decisions. Can you hire based on looks? No federal legislation currently exists that specifically bans employers from making employment decisions based on criteria that includes physical attractiveness or personal appearance. Several non-job-related factors are protected by law, however, including race, age, gender, ethnicity, and disability.

Sander%20Final_ToPrinter_917.pdf. What Happens Before? A Field Experiment Exploring How Pay and Representation Differentially Shape Bias on the Pathway into Organizations by Katherine L. Milkman, Modupe Akinola, Dolly Chugh. Katherine L. Milkman University of Pennsylvania - The Wharton School Modupe Akinola Columbia University - Columbia Business School Dolly Chugh New York University (NYU) - Leonard N. Milkman, K.L., M. 10 ways white people are more racist than they realize. This article originally appeared on AlterNet. Racism, the misuse of genetics and a huge scientific protest. Capuchin monkey fairness experiment. Affirmative Action. Affirmative action policies are those in which an institution or organization actively engages in efforts to improve opportunities for historically excluded groups in American society. Affirmative action policies often focus on employment and education. In institutions of higher education, affirmative action refers to admission policies that provide equal access to education for those groups that have been historically excluded or underrepresented, such as women and minorities.

L. 90-202) (ADEA), as amended, as it appears in volume 29 of the United States Code, beginning at section 621. The ADEA prohibits employment discrimination against persons 40 years of age or older. The Older Workers Benefit Protection Act (Pub. Employment. SBLGCHP19_b. Little Criminals. Disregard Diversity at Your Financial Peril: Diversity as a Financial Competitive Advantage. The data is in: diversity is far more profitable than less diverse business models. Supposedly, the business case for diversity is weak. It’s mainly “wishful thinking.”

That’s what the Chicago-based Institute for Inclusion in the Legal Profession concluded in its 2011 report, “The Business Case for Diversity: Reality or Wishful Thinking.” The IILP’s review of data was so comprehensive, the study was widely accepted as definitive. There’s just one problem: the report never actually took a direct look at whether diversity is profitable. The IILP considered a number of factors: whether corporate law departments incentivize law firm diversity; whether corporations disengage from law firms that fail diversity standards; whether corporate clients ask about law firms’ performance in becoming diverse; and how many lawyers are told they received business as a result of their firm’s diversity. Diversity » Greenleaf Center for Servant Leadership. Big Gap Between Education, Aspirations of Asian Americans and Their Representation in Management A study reveals why Asians hold only 2 percent of top corporate jobs – and why this should matter to companies and what they can do about it.

Motherhood Punishes Businesswomen More Than Three Other Top-Earning Professions A study finds women with MBAs who take professional leave to raise their children are taking a greater hit to their income than women with medical, pharmacy and law degrees. Race and Ethnicity Impact Recruiting, Turnover A University of Miami study finds that White, Asian and Hispanic managers tend to hire more whites and fewer blacks than black managers do. Number of Businesses Protecting LGBT Employees Growing The Human Rights Campaign Foundation finds a dramatic increase in the number of Fortune 500 companies that have gender identity protections.

Reigh Who Benefits from Racism 1978.

Prejudice Is Hard-wired Into The Human Brain, Says ASU Study. TEMPE, Ariz. -- Contrary to what most people believe, the tendency to be prejudiced is a form of common sense, hard-wired into the human brain through evolution as an adaptive response to protect our prehistoric ancestors from danger. So suggests a new study published by Arizona State University researchers in the May issue of the "Journal of Personality and Social Psychology," which contends that, because human survival was based on group living, "outsiders" were viewed as -- and often were -- very real threats.