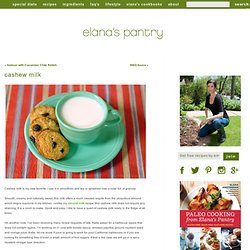 I use it in smoothies and tea or splashed over a bowl full of granola. Smooth, creamy and naturally sweet, this milk offers a much needed respite from the ubiquitous almond, which reigns supreme in my kitchen –unlike my almond milk recipe, this cashew milk does not require any straining. It is a cinch to make. Quick and easy, I like to have a quart of cashew milk ready in the fridge at all times. On another note, I’ve been receiving many recipe requests of late. I broke out my grill yesterday (the first of May) to experiment with the aforementioned barbecue sauce recipe; of course it snowed! Cashew Milk printer friendly Discard soaking water and rinse cashews thoroughly until water runs clearPlace cashews, (4 cups fresh) water, agave and salt in a vitamixProcess on high speed 20-30 secondsStore in glass mason jar in refrigerator Cashew milk is very foamy when first removed from the Vitamix; it settles nicely after sitting in the fridge overnight.

PS. Vegan, Egg Free Substitutes. How to Make Vegan Butter - Regular Vegan Butter - Coconut Oil Base - Recipes, desserts and tips - Veganbaking.net. Butter is one of those ingredients that can be so central to baking that as soon as some people hear the term vegan baking they wonder aloud almost in a panic, “what about the butter?!” 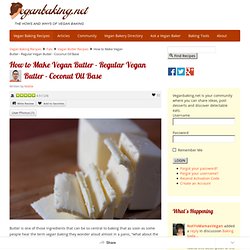 Many vegan baked items get along great with fats like canola, coconut oil or even olive oil. These types of fats work wonders for cakes, cookies, bars and breads. When designing recipes where we need something to act like butter, things start to get complicated. Solid fats like butter and margarine are integral to things like puff pastry, pie crust, shortbread, croissants, danish dough and certain cakes. This is because in these cases the fat is used to coat the flour so gluten doesn't develop too much and also trap air bubbles to enhance leavening and texture. Vegan butter options as of this writing are pretty slim. Non-hydrogenated vegan margarines aren't knights in shining buttery armor either. 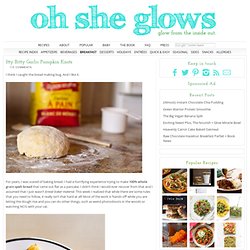 And I like it. For years, I was scared of baking bread. I had a horrifying experience trying to make 100% whole grain spelt bread that came out flat as a pancake. I didn’t think I would ever recover from that and I assumed that I just wasn’t bread baker material. This week I realized that while there are some rules that you need to follow, it really isn’t that hard at all! My next conquest was a Garlic Knot. Turmeric Tea Recipe. For a while it felt like someone was sticking a hot poker between my shoulder blades, particularly if I moved my neck in certain directions, like left or right. 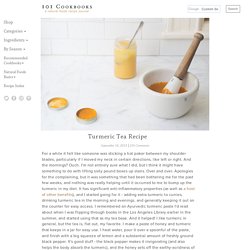 And the mornings? Ouch. I'm not entirely sure what I did, but I think it might have something to do with lifting sixty pound boxes up stairs. Over and over. Apologies for the complaining, but it was something that had been bothering me for the past few weeks, and nothing was really helping until it occurred to me to bump up the turmeric in my diet. One thing - use mildly hot water here, but not boiling - to help preserve the properties of the raw honey. 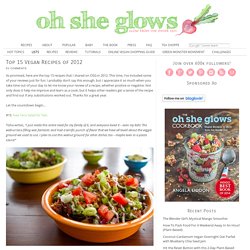 This time, I’ve included some of your reviews just for fun. I probably don’t say this enough, but I appreciate it so much when you take time out of your day to let me know your review of a recipe, whether positive or negative. Not only does it help me improve and learn as a cook, but it helps other readers get a sense of the recipe and find out if any substitutions worked out. Thanks for a great year. Let the countdown begin… #15.

Grill Skills - Smoking on a Gas Grill. Some of today’s gas grills come equipped with a metal smoker box that sits on top of a dedicated burner. 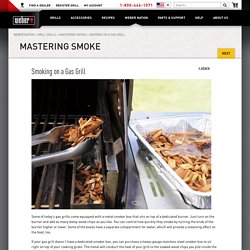 Just turn on the burner and add as many damp wood chips as you like. You can control how quickly they smoke by turning the knob of the burner higher or lower. Some of the boxes have a separate compartment for water, which will provide a steaming effect on the food, too. If your gas grill doesn’t have a dedicated smoker box, you can purchase a heavy-gauge stainless steel smoker box to sit right on top of your cooking grate. The metal will conduct the heat of your grill to the soaked wood chips you pile inside the box. You can also make your own smoker box. Peach & Plum Crumble Recipe. It sounds silly to say, but one thing I love most about traveling is coming home. 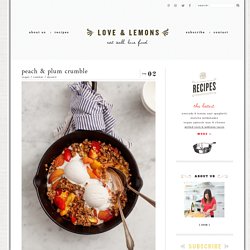 Suddenly everything I used to take for granted day-to-day is pure luxury – sleeping on my own pillow in my own bed, getting into a shower I can actually fit into without bumping into the sides of the glass, and making breakfast in my own kitchen without having to search for utensils. We’ve been home for 2 days now, and since then we’ve done about 3 things: lay on the sofa, go out for tacos and stock up on all of my favorite foods. Peaches are still going strong so it seems like the perfect time to share one of my favorite easy summer desserts. 14 Outrageously Good Vegan Campfire Recipes.