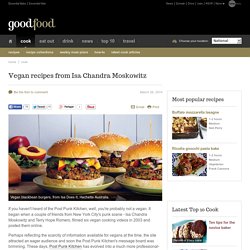 If you haven't heard of the Post Punk Kitchen, well, you're probably not a vegan. It began when a couple of friends from New York City's punk scene - Isa Chandra Moskowitz and Terry Hope Romero, filmed six vegan cooking videos in 2003 and posted them online. Perhaps reflecting the scarcity of information available for vegans at the time, the site attracted an eager audience and soon the Post Punk Kitchen's message board was brimming. 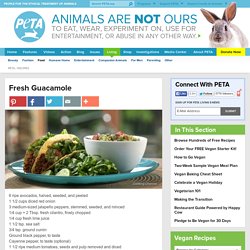 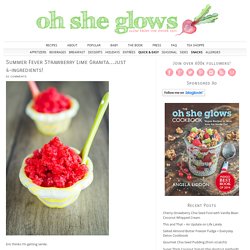 I would have to agree…when it comes to certain things. Like limes. We were unloading groceries the other day when he came across a huge stash of limes buried deep in the crisper. "Why on earth are you hoarding limes? " he asked holding up this huge bag of limes as evidence. I looked over, puzzled yet guilty at the same time, watching as he tried to insert new produce into the crisper like a Tetris game. "No wonder why I can’t fit any produce in here…” the bag of limes dropped on the counter with a thud. It was rather amusing. Gluten-Free, Vegan, and Oil-Free Walnut Chip Brownies. My gluten-free and vegan baking adventures continue! 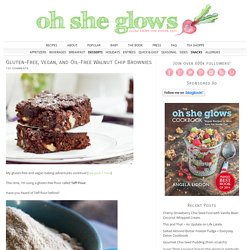 [See post 1 here] This time, I’m using a gluten-free flour called Teff Flour. Have you heard of Teff flour before? [Source] I hadn’t until I looked through the Clean Start and Clean Food Cookbooks. The Teff grain is incredibly small too, measuring about 1/32 of an inch in diameter! Check out how tiny the Teff grain is! [Source] Because the grain is so small it is virtually impossible to hull the grain before grinding it into a flour. Vegan Quick & Easy Recipes. Vegan Mo-Fo, Post #2: Maple-Glazed Cinnamon Roasted Chickpeas - Keepin' It Kind. The Chickpea surprised me with something really sweet the other day. 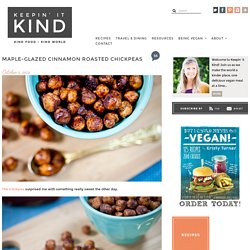 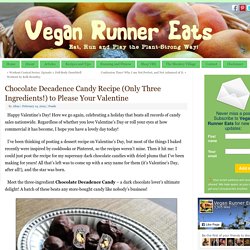 Here we go again, celebrating a holiday that beats all records of candy sales nationwide. Regardless of whether you love Valentine’s Day or roll your eyes at how commercial it has become, I hope you have a lovely day today! I’ve been thinking of posting a dessert recipe on Valentine’s Day, but most of the things I baked recently were inspired by cookbooks or Pinterest, so the recipes weren’t mine. Then it hit me: I could just post the recipe for my supereasy dark chocolate candies with dried plums that I’ve been making for years!

All that’s left was to come up with a sexy name for them (it’s Valentine’s Day, after all!) Meet the three-ingredient Chocolate Decadence Candy – a dark chocolate lover’s ultimate delight! Making these is so easy that calling the guidelines a ‘recipe’ feels kind of like a stretch. Prunes have long acquired a reputation of ‘old folks’ food’ because of their high fiber and vitamin content. . Vegan Stuffed Rice Balls - Classic Italian Dish, Reinvented! Did everyone have fun this Thanksgiving? 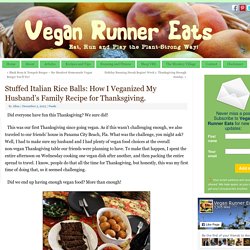 We sure did! This was our first Thanksgiving since going vegan. As if this wasn’t challenging enough, we also traveled to our friends’ house in Panama City Beach, Fla. What was the challenge, you might ask? Untitled. Lately I've been working to eat a little healthier. 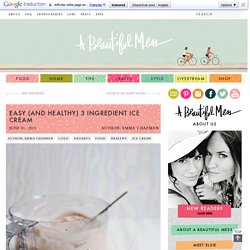 One thing I'm doing is trying to avoid dairy and refined sugar during the weekdays. It's been a great change because I save any sugary (or creamy) treats I'm craving for the weekends and focus on filling my days with vegetables, fruits and other good stuff. But, I do have a sweet tooth (to say the least). So finding some kind of weekday treat was key to this change. I've been making lots of different banana ice creams, so I thought I'd share. I love that you can easily customize this basic recipe to feel like soft serve frozen yogurt or a firmer ice cream depending on how long you freeze the mixture. Here are the combinations I've been enjoying the most lately. Strawberry Poppyseed: 3 frozen bananas (sliced before freezing), 5-6 frozen strawberries, and 1/2 teaspoon poppy seeds. Chocolate Peanut Butter: 3 frozen bananas (sliced before freezing), 2 tablespoons natural peanut butter, and 2 tablespoons cocoa. Untitled. Incredible Apple Carrot Quinoa Balls Recipe.