Pinterest. Easy, Healthy, Home-Made Baked Beans - Vegan Sparkles with Rebecca Weller. I must admit, I do like the commercially canned and pre-made baked beans, but my skinny jeans and I are not fans of the high sugar content often found in even the organic varieties. 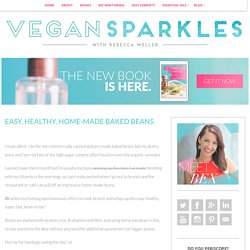 I would make them myself but I’m usually too busy cleaning up the mess I’ve made blending with my Vitamix in the mornings, so I get really excited when I go out to brunch and the restaurant or café can pull off an impressive home-made beans. Or when my lovebug spontaneously offers to cook brunch and whips up this easy, healthy, super fast, bean recipe! Beans are packed with protein, iron, B vitamins and fibre, and using teeny tomatoes in this recipe sweetens the deal without any need for additional sweeteners (or bigger jeans).

My Favorite Falafel Recipe. Editor's note: The recipe and introductory text below are excerpted from Joan Nathan's book The Foods of Israel Today. 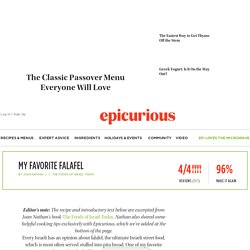 Nathan also shared some helpful cooking tips exclusively with Epicurious, which we've added at the bottom of the page. Every Israeli has an opinion about falafel, the ultimate Israeli street food, which is most often served stuffed into pita bread. One of my favorite spots is a simple stand in the Bukharan Quarter of Jerusalem, adjacent to Mea Shearim. The neighborhood was established in 1891, when wealthy Jews from Bukharan engaged engineers and city planners to plan a quarter with straight, wide streets and lavish stone houses. After the Russian Revolution, with the passing of time and fortunes, the Bukharan Quarter lost much of its wealth, but even so the area retains a certain elegance. 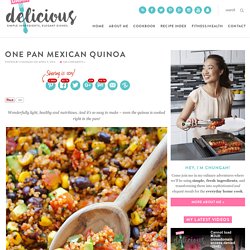 And it’s so easy to make – even the quinoa is cooked right in the pan! Despite my daily 3-mile runs, all the morning donuts have finally caught up with me. So Jason and I made a pact to lighten up our diet before our Cabo trip in 6 weeks. But instead of eating bland, boring salads, I decided to make a fun, healthy quinoa dish that we would both really enjoy. And that’s exactly what this quinoa dish is. I made this recipe several months ago and completely forgot about sharing it with you. 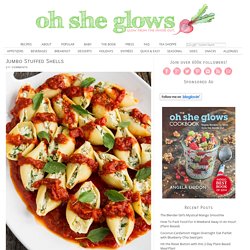 Not because it was unmemorable – quite the opposite – but recipes and photos occasionally get lost in the bunch if I’m not careful. The photos on my computer are a bit out of control (or so says my husband). I’m trying to work up the courage to tell Eric that I’ve filled up yet another hard drive, but that is another story. This stuffed shell pasta is inspired by Terry Walters, author of Clean Food and Clean Start cookbooks. I don't want to get all dramatic... but you guys? 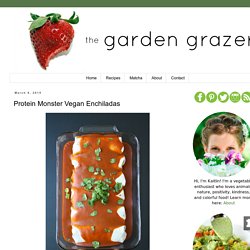 These have been life changing. Two things make them our favorite vegan enchiladas yet. Some days, you just need a burger. 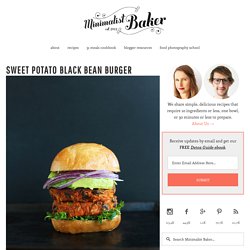 If today is one of those days, I’m here for you. This burger was inspired by my favorite veggie burger in Kansas City found at Beer Kitchen – the amazing restaurant that inspired this Whiskey BBQ Ketchup. Vegan Parmesan Cheese Recipe. Banoffee Pie from My New Roots. I’m preparing to host my very first Easter dinner tomorrow – a totally plant-based menu with all the fixins! 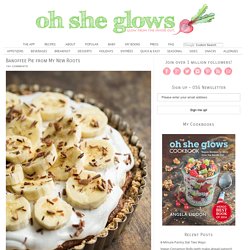 Go big or go home, I say. Usually we go to my in-laws for Easter, but this year my sister-in-law had to stay close to home for an event so we offered to host. I’m making a ridiculous amount of food including many recipes from my next cookbook. So pumped. Sarah B’s raw + vegan chunky monkey ice cream. Ahh, pizza night. 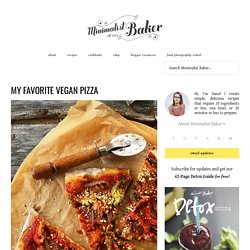 A thing to be cherished. Around our house we eat pizza at least once a week. And if something horrific happens mid-week (say, we run out of Netflix shows), it’s pizza night on Wednesday, too. Because life is short and we love our pizza and we intend to eat it. I hate vegan cheese. 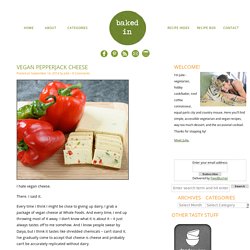 There. I said it. Every time I think I might be close to giving up dairy, I grab a package of vegan cheese at Whole Foods. And every time, I end up throwing most of it away. I don’t know what it is about it – it just always tastes off to me somehow. And then came this vegan pepperjack cheese. I think tahini and nutritional yeast are the magic ingredients here – they both give this a distinct depth of flavor that I haven’t found in other non-dairy cheeses. Vegan Pepperjack Cheese Total time Category: Appetizers, Snacks ½ cup raw cashews ½ cup unsweetened almond milk 3 Tbsp lemon juice 2 Tbsp tahini ¼ cup nutritional yeast 1 tsp kosher or sea salt 1½ tsp onion powder ½ tsp garlic powder 1 cup water 2 Tbsp agar powder 1 cup peppers, diced - use whatever you want.

Set aside a loaf pan or square baking pan for pouring the cheese. A 4-ingredient recipe for Basic Almond Cheese that will make even cheese aficionados take note. 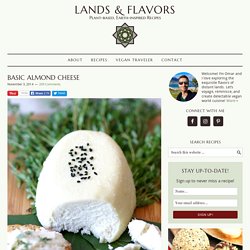 You need this vegan cheese recipe in your repertoire! This recipe appears all over the web, in many variations, sometimes called Almond Feta.