The Little Rock Nine. A few pivotal moments enter history marked with an intensity and a vividness passing years do not diminish. 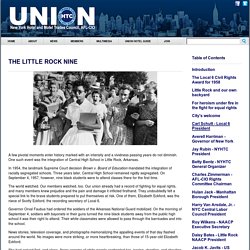 One such event was the integration of Central High School in Little Rock, Arkansas. In 1954, the landmark Supreme Court decision Brown v. Board of Education mandated the integration of racially segregated schools. Three years later, Central High School remained rigidly segregated. On September 4, 1957, however, nine black students were to attend classes there for the first time. The world watched. Governor Orval Faubus had ordered the soldiers of the Arkansas National Guard mobilized. News stories, television coverage, and photographs memorializing the appalling events of that day flashed around the world. She had arrived first, and alone. She walked on, toward a bus stop, seeking a bus to take her to safety.

It is impossible to look at this searing photograph without trying to comprehend what young Elizabeth Eckford might have been thinking and feeling at that time. Neuf de Little Rock. Little Rock Nine. The Little Rock Nine were a group of African American students enrolled in Little Rock Central High School in 1957. 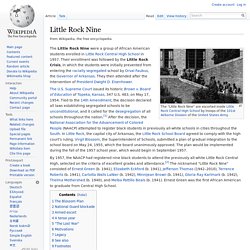 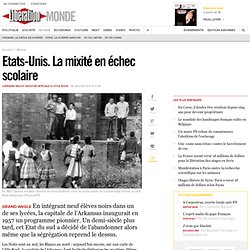 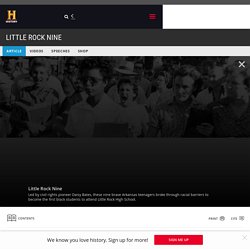 Why not? We are currently working on adding more TV providers. Please check back frequently to see if your TV provider has been added. Why do I need to log in to watch some video content? Viewers who verify their subscription to a TV provider get access to a deeper catalog of video content, including more full episodes. I am able to watch on TV. This service is only available through participating TV providers. How much does it cost to access all of the video content? 1950 à 1970 - La ségrégation aux États-Unis. A) Les afro-américains dans le système scolaire : En 1954, la NAACP (National Association for the Advancement of Coloured People) remporte une grande victoire devant la Cour suprême, puisqu' elle déclare que la ségrégation scolaire va à l’encontre de la Constitution (arrêt Brown v. 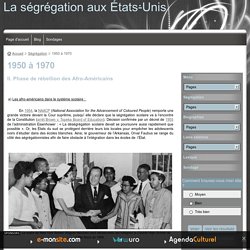 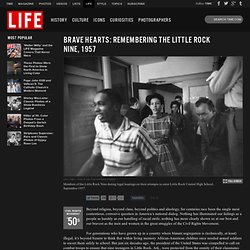 Nothing has illuminated our failings as a people as harshly as our handling of racial strife; nothing has more clearly shown us at our best and our bravest as the men and women in the great struggles of the Civil Rights Movement. For generations who have grown up in a country where blatant segregation is (technically, at least) illegal, it’s beyond bizarre to think that within living memory African-American children once needed armed soldiers to escort them safely to school. 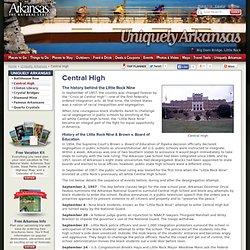 At that time, the United States was a nation of racial inequalities and segregation. Decades Later, Desegregation Still On The Docket In Little Rock : Code Switch. Hide captionEight of the nine black students who integrated Little Rock Central High School walk from school to their waiting Army station wagon on Oct. 2, 1957. 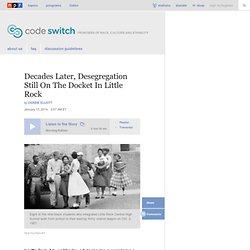 Ferd Kaufman/AP Eight of the nine black students who integrated Little Rock Central High School walk from school to their waiting Army station wagon on Oct. 2, 1957. In Little Rock, Ark., on Monday, a federal judge is considering a deal that would end one of the longest-running and most notorious school desegregation cases in the country. The state, its largest school districts and lawyers representing black students have agreed to settle a complex lawsuit over unequal education. Eisenhower and the Little Rock Crisis. GCSE Bitesize: How much progress has been made by black Americans since the 1960s? Little Rock School Desegregation (1957) Three years after the U.S. 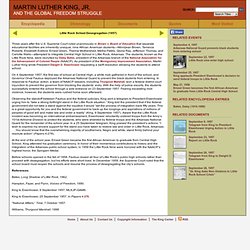 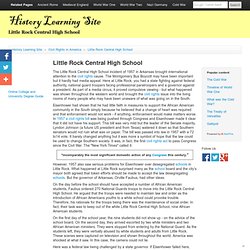 The Montgomery Bus Boycott may have been important but it hardly had media appeal. Here at Little Rock, you had a state fighting against federal authority, national guard troopers facing professional paratroopers and a governor against a president. As part of a media circus, it proved compulsive viewing - but what happened was shown throughout the western world and brought the civil rights issue into the living rooms of many people who may have been unaware of what was going on in the South. Eisenhower had shown that he had little faith in measures to support the African American community in the South simply because he believed that a change of heart was required and that enforcement would not work - if anything, enforcement would make matters worse.

GCSE Bitesize: Why was there so much racial inequality in the USA between 1929 and 1945? Desegregation of Central High School. In its 1954 Brown v. Board of Education of Topeka, Kansas decision, the U.S. Supreme Court ruled that racial segregation in public education was a violation of the Fourteenth Amendment to the Constitution. As school districts across the South sought various ways to respond to the court’s ruling, Little Rock (Pulaski County) Central High School became a national and international symbol of resistance to desegregation. On May 22, 1954, the Little Rock School Board issued a statement saying that it would comply with the Court’s decision, once the court outlined the method and time frame for implementation. Meanwhile, the board directed Superintendent Virgil Blossom to formulate a plan for desegregation. The plan was originally conceived to begin at the elementary school level. Later that May, the U.S Supreme Court issued its Brown II decision, directing districts to proceed with desegregation with “all deliberate speed.”