Books to read or buy

Shards of Earth by Adrian Tchaikovsky. Siddhartha by Hermann Hesse at Abbey's Bookshop. Amazon. Rome 1600: The City and the Visual Arts under Clement VIII: Robertson, Clare: 9780300215298: Amazon.com: Books. Amazon. Phosphorescence: Price Comparison on Booko. A beautiful, intimate and inspiring investigation into how we can find and nurture within ourselves that essential quality of internal happiness - the 'light within' that Julia Baird calls 'phosphorescence' - which will sustain us even through the darkest times. 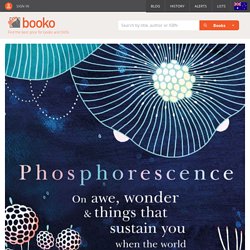 Over the last decade, we have become better at knowing what brings us contentment, well-being and joy. We know, for example, that there are a few core truths to science of happiness. We know that being kind and altruistic makes us happy, that turning off devices, talking to people, forging relationships, living with meaning and delving into the concerns of others offer our best chance at achieving happiness. But how do we retain happiness? It often slips out of our hands as quickly as we find it. Prices for Mindfulness in Plain English. The Art Of Memory: Yates, Frances A: Amazon.com.au: Books. Negative Self-Talk and How to Change It: Helmstetter Ph.D., Shad, Helmstetter Ph.D., Shad: 9780997086195: Amazon.com: Books. 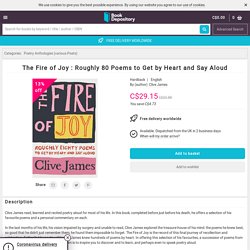 In this book, completed before just before his death, he offers a selection of his favourite poems and a personal commentary on each. In the last months of his life, his vision impaired by surgery and unable to read, Clive James explored the treasure-house of his mind: the poems he knew best, so good that he didn't just remember them, he found them impossible to forget. The Fire of Joy is the record of this final journey of recollection and celebration. Enthralled by poetry all his life, James knew hundreds of poems by heart. In offering this selection of his favourites, a succession of poems from the sixteenth century to the present, his aim is to inspire you to discover and to learn, and perhaps even to speak poetry aloud.

The Little Book of Humanism: Universal lessons on finding purpose, meaning and joy: Amazon.co.uk: Roberts, Alice, Copson, Andrew: Books. With insightful commentary from the authors, this selection of quotes represents ideas and inspiring thoughts from humanists across time and place. 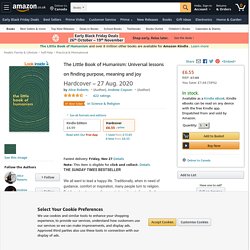 With illustrations by Alice Roberts, and art and photography from other contributors besides, it all comes in a beautiful package. The book is divided into nine thematic sections, including "The unique you", "Being good", and "Thinking clearly". I can well imagine turning to the book again when I want to dip in and refresh myself on a particular topic. It may become well-thumbed in time! It would make an excellent gift for someone who was curious or new to humanism - or in fact to any thoughtful person.

The quotes include longer passages that really elaborate on an idea, though never longer than a few paragraphs, and from varied sources (the thoughts of philosopher Bertrand Russel sit alongside those of actor Kristen Bell in the section on "Being good"). A War Like No Other: How the Athenians and Spartans Fought the Peloponnesian War: Hanson, Victor Davis: 9780812969702: Amazon.com: Books. The Peloponnesian War by Donald Kagan. Transcend by Scott Barry Kaufman: 9780143131205. “What a masterpiece! 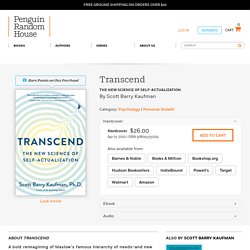 Maslow 2.0—a must-read for anyone who wants to understand what Maslow meant by self-transcendence. Part biography, part treatise, part how-to guide . . . I loved it!” —Angela Duckworth, professor of psychology, University of Pennsylvania; CEO and founder of Character Lab; and New York Times–bestselling author of Grit “This is the book we’ve all been waiting for—nothing less than a breathtaking new psy­chology of humanity. Kaufman will show you how to live your life to the fullest, and in the service of others—all at the same time.”

Awareness: A de Mello Spirituality Conference in His Own Words by Anthony de Mello. Abebooks. Covering European history from the invention of the printing press to the French Revolution, this accessible and engaging textbook offers an innovative account of people's lives, from a variety of backgrounds, in the early modern period and within the global context of European developments. 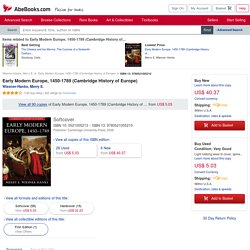 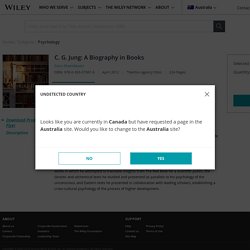 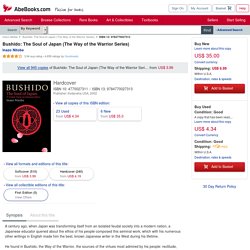 When Mahomet proclaimed that "the sword is the key of Heaven and of Hell," he only echoed a Japanese sentiment. Very early the samurai boy learned to wield it. Geek in Japan: Discovering the Land of Manga, Anime, Zen, and the Tea Ceremony eBook: Hector Garcia: Amazon.com.au: Kindle Store. I have a number of travel guides and books on Japan, I have several language books as well. 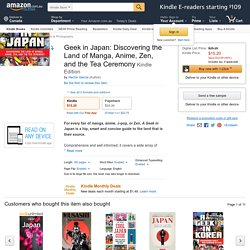 I've gotten interested in Japanese culture through manga and anime, which while it may be fiction, it often tells things about a culture I find fascinating. Most of the travel books are more from a tourists perspective on what to see, where to eat, with a few cultural references thrown in on the given areas visited. This book is more of a culture book which explains or at least tries to demystify the what and who is Japan and Japanese. The Landmark Herodotus: The Histories - Robert B. Strassler. Prices for A Guide to the Good Life. The Poetry Pharmacy: Tried-and-True Prescriptions for the Mind, Heart and Soul by William Sieghart.

Rome Measured and Imagined: Early Modern Maps of the Eternal City (9780226127637): Jessica Maier: Books. The Virtual Tourist in Renaissance Rome : Rebecca Zorach, : 9780943056371 : Blackwell's. The Common Reader by Virginia Woolf. The Undiscovered Self by C.G. Jung. The Roads to Sata: A 2000-Mile Walk Through Japan by Alan Booth. Chronicles of My Life: An American in the Heart of Japan (9780231144414): Donald Keene, Akira Yamaguchi: Books. Amazon. Self-Knowledge schol of life. The Red Book: Liber Novus by C.G. Jung. Lament of the Dead: Psychology After Jung's Red Book by James Hillman. Myths to Live by amazon. Jungs Map of the Soul amazon. On becoming a person amazon. Amazon. Booko: Atheist Mind, Humanist Heart: Rewriting the Ten Commandments for the 21st Century. Mindware : Richard E Nisbett : 9780374536244. Amazon. 15 Books That Healed My Anxiety — From Someone Who Hated Reading. If you only read the books that everyone else is reading, you can only think what everyone else is thinking. 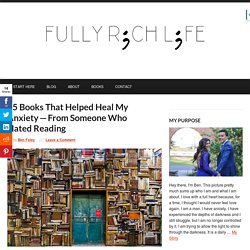 –Haruki Murakami I read my first book for fun at 15. My next at 19. And my next at 23. I was never a bookworm, and I never had a library card growing up. I am not saying this as a preface to a master post that will teach you how to go from reading zero books to 1,000 in 12 months. Last month was the first time I thought pursuing writing as a profession was a viable option for me. Well, in my case, it took a sense of desperation to overcome anxiety and a little bit of magic from the Insomniac City. Insomniac City and Me It was December 16, 2015. While waiting for Kurt to get off work, I happened upon a little bookstore at 52 Prince St. called McNally Jackson’s. What? Yes, unfortunately for hipsters, they would have to meander on the NQR across the east river to McNally’s to publish their latest rendition of the ‘spy novel’ their parents were financing. 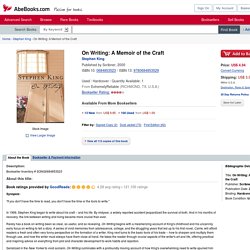 Discourses on Livy. The Discourses on Livy (Italian: Discorsi sopra la prima deca di Tito Livio, literally "Discourses on the First Decade of Titus Livy") is a work of political history and philosophy written in the early 16th century (c. 1517) by the Italian writer and political theorist Niccolò Machiavelli, best known as the author of The Prince. The Discourses were published posthumously with papal privilege in 1531. Machiavelli frequently describes Romans and other ancient peoples as superior models for his contemporaries, but he also describes political greatness as something which comes and goes amongst peoples, in cycles. Outline[edit] Discourses on Livy comprises a dedication letter and three books with 142 numbered chapters. The first two books (but not the third) are introduced by unnumbered prefaces. Dedicatory Letter[edit] Book I[edit] File preview - The Natural Way To Draw - Kimon Nicolaides.pdf. Nietzsche. Elements of Drawing. Amazon.