To buy or not to buy

I have thought and continued to think a great deal about the relationship between critical thinking and cynicism — what is the tipping point past which critical thinking, that centerpiece of reason so vital to human progress and intellectual life, stops mobilizing our constructive impulses and topples over into the destructiveness of impotent complaint and embittered resignation, begetting cynicism? 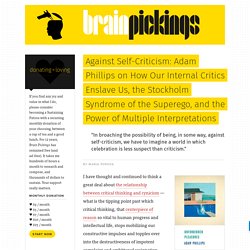 In giving a commencement address on the subject, I found myself contemplating anew this fine but firm line between critical thinking and cynical complaint. To cross it is to exile ourselves from the land of active reason and enter a limbo of resigned inaction. But cross it we do, perhaps nowhere more readily than in our capacity for merciless self-criticism. We tend to go far beyond the self-corrective lucidity necessary for improving our shortcomings, instead berating and belittling ourselves for our foibles with a special kind of masochism. Contents Preface 11 Introduction Understanding the Arts 13 Two-Dimensional Art 14 Media 14 Composition 15 Techniques: Linear Perspective 16 Sculpture 17 Dimensionality 17 Texture 17 Techniques: Lost-Wax Casting 17 Architecture 18 Music 19 Genres 19 Melody and Form 19. 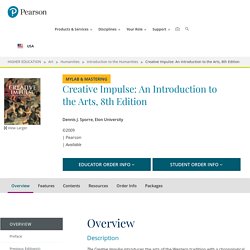 Amazon.co. First impressions are that this book is a nice artefact - compact, light and with a striking cover design. 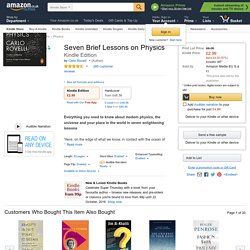 It would make an excellent gift. The book is a collection of popular science articles that were originally published in an Italian newspaper's Sunday supplement. They are short and contain - except for one notable exception - no mathematics. It describes the 20th century discoveries that revolutionised physics. Review. 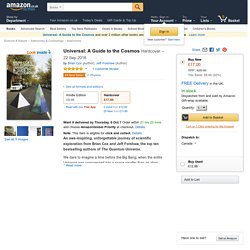 What They Feel, How They Communicate--Discoveries from a Secret World By Peter Wohlleben; Tim Flannery (Foreword by) Greystone Books, Hardcover, 9781771642484, 288pp. 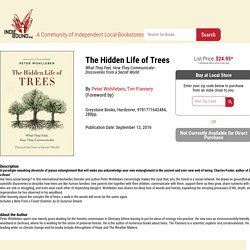 Publication Date: September 13, 2016 List Price: $24.95* * Individual store prices may vary. Buy at Local Store Enter your zip code below to purchase from an indie close to you. or. Amazon.co. All orders are dispatched from our UK warehouse same day if made before 12pm, next day if made after. 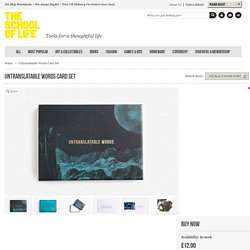 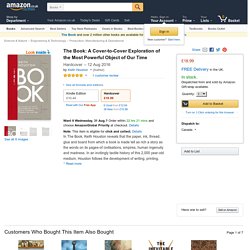 The first ten customers to pre-order a copy online of Homo Deus will qualify for a copy exclusively signed by the author. 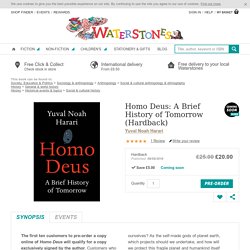 Customers who have already pre-ordered will qualify also. During the twentieth century, humankind has managed to do the impossible: we have brought famine, plague and war under control. Today, more people die from obesity than from starvation; more people die from old age than from infectious diseases; and more people commit suicide than are killed in war. We are the only species in earth's long history that has single-handedly changed the entire planet, and we no longer expect any higher being to shape our destinies for us.

As Homo sapiens becomes Homo deus, what new destinies will we set for ourselves? After having a countdown for this book, which spanned months, I woke up at 5 am on May 10th and thought, "It's finally here! 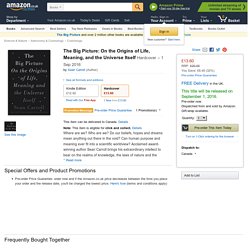 " I opened my Audible library and it was better than Christmas. In the quiet of the morning, I began to listen to this deeply philosophical book and immediately fell in love with it. It felt like a Poetic Naturalist's version of Christmas- material gifts replaced by the gift of trying to understand the nature of our vast universe and the world in which we live. Firstly, I am no physicist and in the almost 15 years since I obtained a 'B' in GCSE physics, I have probably read fewer than five science books of any description. 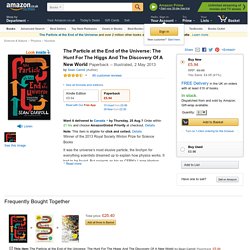 However, like a lot of people I have followed the news from the Large Hadron Collider with great interest since the hype began in earnest some time in 2007 or 2008, without ever really understanding why. Obviously, the search for the Higgs boson, and the subsequent tentative discovery are greatly important, but beyond trotting out the line that 'The Higgs boson gives the universe mass', I would struggle to hold a conversation about it on almost any level.

So it goes without saying that I have read this from a greatly uninformed opinion, and what I have read and understood as briliant explanations of the science behind the 'Higgs' might not necessarily impress a science student quite as much. Review. Review. Amazon.co. Review. “Atlas Obscura is a joyful antidote to the creeping suspicion that travel these days is little more than a homogenized corporate shopping opportunity. Here are hundreds of surprising, perplexing, mind-blowing, inspiring reasons to travel...Bestest travel guide ever.” Review. Review. Review. Review Questions have literally moved mountains, powered rockets, and instantly developed images . . . Berger focuses on what he calls 'Beautiful Questions' . . . 'that can lead to game-changing answers and results.