Javier Marías. Joseph Conrad and the Dawn of Globalization. “I am glad you’ve read the Heart of D. tho’ of course it’s an awful fudge,” Joseph Conrad wrote to Roger Casement in late 1903. 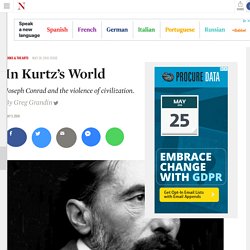 Casement, an Irish diplomat working for the British Foreign Office, had just returned to London from Belgium’s African colony, the Congo Free State, and was about to submit a report to Parliament detailing the existence of a vast system of slavery used to extract ivory and rubber.

Imgur: The magic of the Internet. James Salter. Obituary: Antonis Samarakis. Literary Notes: Why do women read romantic fiction? - Arts and Entertainment - The Independent. The attitude is typical, and it isn't only men who talk like that. 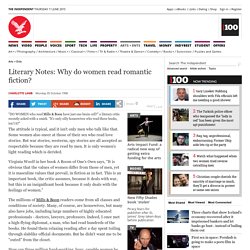 Some women also sneer at those of their sex who read love stories. But war stories, westerns, spy stories are all accepted as respectable because they are read by men. It is only women's light reading which is derided. Virginia Woolf in her book A Room of One's Own says, "It is obvious that the values of women differ from those of men, yet it is masculine values that prevail, in fiction as in fact. Anthony Burgess and Malcom McDowell analysis Clockwork Orange. Articles Title Detail. Foucault’s Don Quixote.

Don Quijote and Sancho Panza, Honoré Daumier, 1868 by William Eggington For my last post on Cervantes and his “invention of fiction” before handing in my finished manuscript, I wanted to return to one of the most influential interpretations of his work in the twentieth century: that of Michel Foucault. 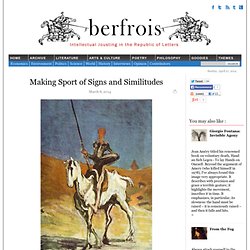 To begin with, we should recall that Foucault chooses two Spanish artists to initiate his exploration of the shift in epistemes between the Renaissance and the âge classique: Diego Velázquez and Miguel de Cervantes. About Velázquez’s famous painting of Philip IV’s daughter the Infanta Margarita and her entourage, Las meninas, he writes.

The Essence of the Japanese Mind: Haruki Murakami and the Nobel Prize. Proust. Bolaño Inc. by Horacio Castellanos Moya. Roberto Bolaño is being sold in the U.S. as the next Gabriel García Márquez, a darker, wilder, decidedly un-magical paragon of Latin American literature. 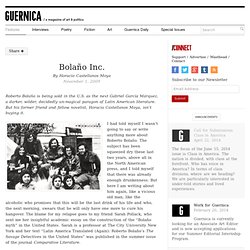 But his former friend and fellow novelist, Horacio Castellanos Moya, isn’t buying it. I had told myself I wasn’t going to say or write anything more about Roberto Bolaño. The subject has been squeezed dry these last two years, above all in the North American press, and I told myself that there was already enough drunkenness. Pinterest. Andrew Hodgson on Alexander Trocchi. Alexander Trocchi by Andrew Hodgson. 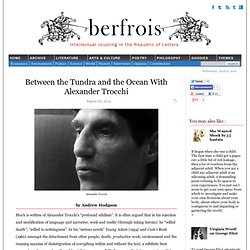 ‘The Infatuations,’ by Javier Marías. “They became almost obligatory. 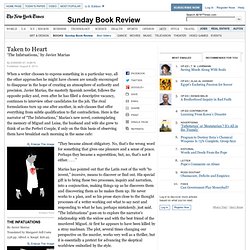 No, that’s the wrong word for something that gives one pleasure and a sense of peace. Fingio. From Don Quixote by Miguel de Cervantes, 1906 edition. 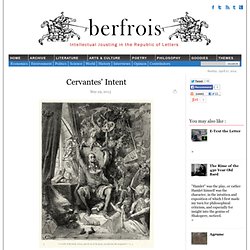 Illustration by Gustave Doré by William Egginton. “There can be no immigrants in utopia”: On “Haute Surveillance” by Johannes Göransson. 1. 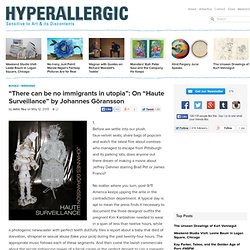 Before we settle into our plush, faux-velvet seats, share bags of popcorn and watch the latest film about zombies who managed to escape from Pittsburgh and its parking lots, does anyone out there dream of making a movie about Jeffrey Dahmer starring Brad Pitt or James Franco? No matter where you turn, post-9/11 America keeps upping the ante in the contradiction department. A typical day is apt to mean the press finds it necessary to document the three designer outfits the pregnant Kim Kardashian needed to wear in a span of less than twelve hours, while a photogenic newscaster with perfect teeth dutifully files a report about a baby that died of starvation, shrapnel or sexual abuse (take your pick) during the past twenty-four hours.

The appropriate music follows each of these segments. 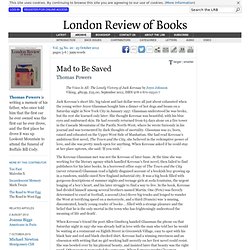 Glassman understood he was broke, but the rest she learned only later. She thought Kerouac was beautiful, with his blue eyes and sunburned skin. He had recently returned from 63 days alone on a fire tower in the Cascade Mountains of the Pacific North-West, where he wrote furiously in his journal and was tormented by dark thoughts of mortality. Glassman was 21, born, raised and educated on the Upper West Side of Manhattan. Literary realism is dead. We’ve waited seven years for Zadie Smith’s NW, the same number of years it took Joseph O’Neill to write Netherland and for Tom McCarthy to place Remainder with a mainstream publisher. 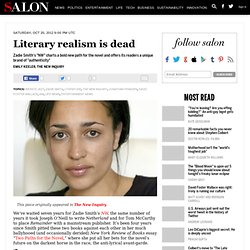 It’s been four years since Smith pitted these two books against each other in her much ballyhooed (and occasionally derided) New York Review of Books essay “Two Paths for the Novel,” where she put all her bets for the novel’s future on the darkest horse in the race, the anti-lyrical avant-garde. In the essay, Smith grounded her argument on the idea of an “ailing literary culture,” lamenting that each and every novel published now clamors to be heard like church bells rung by wild sugar high children: “All novels,” she writes, “attempt to cut neural routes through the brain, to convince us that down this road the true future of the novel lies.” An Essential Stormy Weather Reading List. In case you haven’t heard, a massive storm is slated to sock the Northeast over the next two days as Hurricane Sandy, combined with a wintery cold weather system (that’s why it’s earned the seasonally-appropriate nickname “Frankenstorm”) threatens to slam into us.

If you live anywhere on the East Coast or thereabouts, we imagine you’ll be wanting to stay inside for the foreseeable future, so we’ve put together an essential stormy weather reading list to get you in the hurricane mood and keep you busy while the weather rages. The lights might go out, but books don’t run out of batteries. A Rare Look at Samuel Beckett's Doodle-Filled Notebooks. By Maria Popova What colored crayons have to do with deadpan philosophical humor and the gargoyles of Notre-Dame. Novelist, playwright, poet, and Nobel laureate Samuel Beckett (1906-1989) is one of the most influential writers of the 20th century. Departures: The Novel, the Non-Place and the Airport.

Bianca Leggett The term airport novel is something of a misnomer: while the spy novel must by definition involve spying and the historical novel takes readers back into history, airport novels aspire to remove us from the world of the airport.

Paul Auster. The novel as grab bag. There seem to be an awful lot of magpies about in the world of books these days. The label has been variously applied to Martin Amis, Will Self, Chuck Palahniuk, Scarlett Thomas, Salman Rushdie, David Mitchell and Jeanette Winterson, among others. What the tag seems to indicate is an author who is able to include a dazzling variety of themes and styles into their books, from the mundane to the intellectual.