First there was the book. 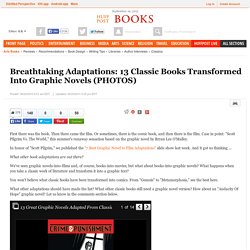 Then there came the film. Or sometimes, there is the comic book, and then there is the film. Case in point: "Scott Pilgrim Vs. Timmy Failure: Now Look What You’ve Done Stephan Pastis Candlewick 9780763660512 On sale now “When you lose hope, find it.” 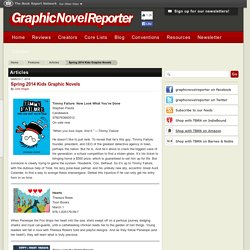 —Timmy Failure He doesn’t like to pull rank. To reveal that he’s this guy: Timmy Failure, founder, president, and CEO of the greatest detective agency in town, perhaps the nation. But he is. Hearts Thereza Rowe Toon Books March 1 978-1-935179-59-7 When Penelope the Fox drops her heart into the sea, she's swept off on a perilous journey dodging sharks and royal cat-guards, until a cartwheeling chicken leads her to the garden of lost things.

As Comic-Con season lands, it brings to mind the excellent new crop of kids and teen graphic novels we’ve had the opportunity to review so far this year. 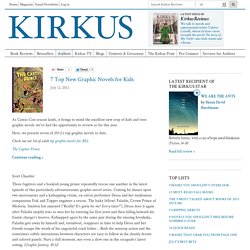 Here, we present seven of 2012’s top graphic novels to date. Check out our list of adult top graphic novels for 2012. The Captive Prince Continue reading > Scott Chantler Three fugitives and a bookish young prince repeatedly rescue one another in the latest episode of this particularly adventuresome graphic-novel series. Benny and Penny in Lights Out Geoffrey Hayes It’s bedtime for the mouseling brother and sister—but not before plenty of horsing around and a deliciously scary expedition into the backyard. 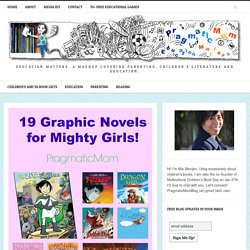 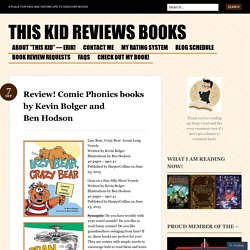 Do you like to read funny comics? Do you like grandmothers swinging from fans? What I Thought- These are great books. I give this series five out of five bookworms! Must Read Graphic Novels for Kids. Late last year, I featured some of my favorite graphic novels aimed at children 12 and under from the New York Public Library's collection. 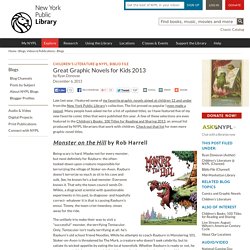 The list proved so popular I even made a sequel. Many people have asked me for a list of updated titles, so I have featured five of my new favorite comic titles that were published this year. A few of these selections are even featured in the Children's Books: 100 Titles for Reading and Sharing 2013, an annual list produced by NYPL librarians that work with children. Check out that list for even more graphic novel titles. Monster on the Hill by Rob Harrell Being scary is hard. The unlikely trio make their way to visit a "successful" monster, the terrifying Tentaculor. The Silver Six by A.J.

In the near-distant future, young Phoebe is attempting to make a go of it on her own. Bluffton: My Summer With Buster Keaton by Matt Phelen Tommysaurus Rex by Doug TenNepal One of the worst things that can happen in a young boy's life is losing his best friend. Great Graphic Novels for Kids. Tl;dr Here's the list.And here's a no frills printable list. 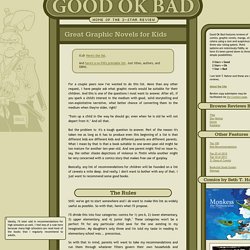 Just titles, authors, and ISBNs. For a couple years now I've wanted to do this list. Jump to navigation "Best of" Lists "Best of" lists Get age-appropriate ideas and inspiration for every interest: Poll Did this specific Top Picks list help you decide to do any of the following? 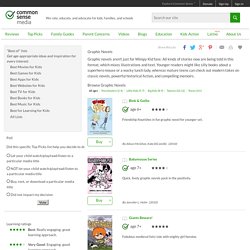 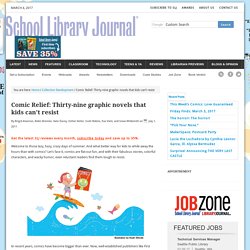 And what better way for kids to while away the hours than with comics? Let’s face it, comics are flat-out fun, and with their fabulous stories, colorful characters, and wacky humor, even reluctant readers find them tough to resist. In recent years, comics have become bigger than ever. Graphic novels are exploding in popularity, and there's good reason behind this phenomenon. 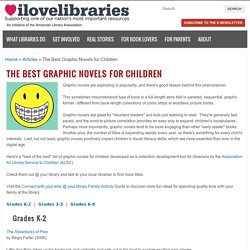 This sometimes misunderstood type of book is a full-length story told in paneled, sequential, graphic format - different from book-length collections of comic strips or wordless picture books. Graphic novels are great for "reluctant readers" and kids just learning to read. They're generally fast paced, and the word-to-picture correlation provides an easy way to expand children's vocabularies.