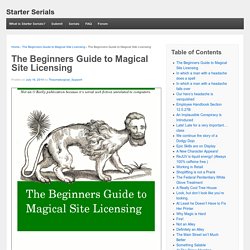 Simply put, the more people that try to cast the same spell at the same time on planet earth the more energy each caster must put into their spell to achieve the intended effect. In the past, this made wizards act as they generally do in fiction; they were aloof, mysterious, and above all highly protective of their knowledge. The story takes place after this fictional universe has gained roughly the same technological base as our own. In the modern world magical spells are managed through a strict system of intellectual property agreements, and performed by white collar workers.

Worlds of Fel. There is an author, who goes by the name of Fel. 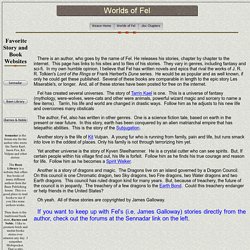 He releases his stories, chapter by chapter to the internet. This page has links to his sites and to files of his stories. They vary in genres, including fantasy and sci-fi. JukePop: Blank by Robert C Roman. I tugged at my new dress uniform, trying to get it to fit right. 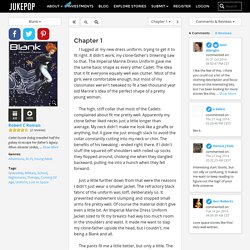 It didn't work; my clone-father's tinkering saw to that. The Imperial Marine Dress Uniform gave me the same basic shape as every other Cadet. The idea that it fit everyone equally well was clutter. Most of the girls were comfortable enough, but most of my classmates weren't tweaked to fit a two thousand year old Marine's idea of the perfect shape of a pretty young woman.

JukePop: Dread Lord Bob by Kevin Boyer. Chen had been standing in that hot, miserable alley for far too long. 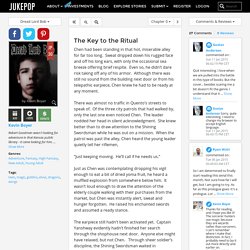 Sweat dripped down his rugged face and off his long ears, with only the occasional sea breeze offering brief respite. Even so, he didn’t dare risk taking off any of his armor. Although there was still no sound from the building next door or from his telepathic earpiece, Chen knew he had to be ready at any moment. Serial and Milk. Every Friday, Collective Inkwell will release the next installment of our serialized fiction series that we call Serial and Milk. 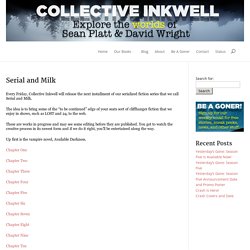 The idea is to bring some of the “to be continued” edge of your seats sort of cliffhanger fiction that we enjoy in shows, such as LOST and 24, to the web. These are works in progress and may see some editing before they are published. You get to watch the creative process in its rawest form and if we do it right, you’ll be entertained along the way. Up first is the vampire novel, Available Darkness. Chapter One Chapter Two Chapter Three Chapter Four Chapter Five Chapter Six Chapter Seven Chapter Eight Chapter Nine Chapter Ten Chapter Eleven Chapter 12 Chapter 13.

Darkside. Bettie Sharpe. Metal Organism Designed only for Cuddling MODOC: Part 1 Happy Birthday. Part 1 - Happy Birthday I graced this planet with my creation on what would have been an otherwise unremarkable Tuesday, on the tiny planet known as Earth in, what I would later discover, as one of the dirtiest places on the planet, the city of New York in the year 2110 of the old calendar. 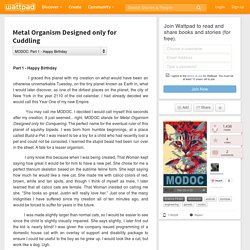 I had already decided we would call this Year One of my new Empire. You may call me MODOC. I decided I would call myself this seconds after my creation. Mysterious Ways: A Divine Comedy. Alex The problem, I reflected, Is that I value free will. 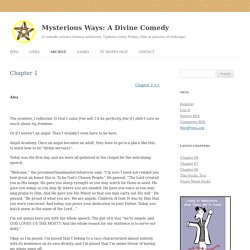 I’d be perfectly fine if I didn’t care so much about my freedom. Or if I weren’t an angel. Then I wouldn’t even have to be here. Put a dose of adventure in your Mondays. Werewolves, Vampires, Faeries and a severe case of Generalized Anxiety Disorder. MerStory - Jason and Aqua's odd adventures » NewTribeZ.net - Empowering you! Hosted exclusively on NewTribeZ! 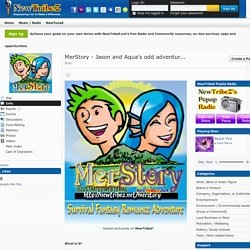 What is it? It is an illustrated adventure story told in first person. The Sick Land: The End. THE COLD INSIDE - A tale of horror and redemption. “What if you could do anything you wanted?” 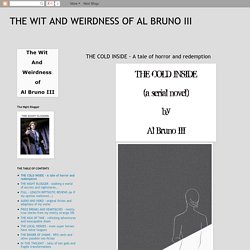 Sixteen year-old Tristam Bloom is having the worst year of his life. He’s on probation, he’s the laughingstock of the school and his girlfriend wants nothing to do with him. Part 01: Venti Frappuccinos and Leather Don’t Mix. July 4th, New York City My Chucks skidded on a mess of pavement. 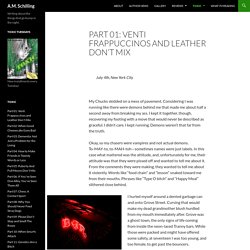 Considering I was running like there were demons behind me that made me about half a second away from breaking my ass. I kept it together, though, recovering my footing with a move that would never be described as graceful. I didn’t care. Wands for show, knives for a pro. Dead Too, Rights. Table of Contents. Who I am. This may be hard to believe, but I am dead. Well, not dead exactly.. The New Devil. Subjugation by Fel ® Table of Contents. Table of Contents. I. - Comic Rocket webcomic list.