Curiosities of the biosphere

Here you will find articles about little-known characteristics of the living world that resonate with humans. Proof of higher cognitive abilities than ussually attributed to other branches of the tree of life and other natural wonders.

The World's Only (Known) Photosynthetic Vertebrate — In Defense of Plants. 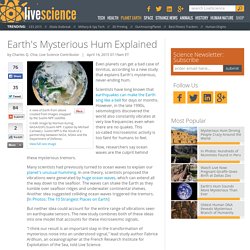 Scientists have long known that earthquakes can make the Earth sing like a bell for days or months. Untamed Americas - Gigantic School of Rays. The Aurora. The Mountain. The Arctic Light. How Whales Change Climate. New NASA 3D Animation Shows Seven Days of Simulated Earth Weather. Everything You Need to Know About Planet Earth. Look Up! The Billion-Bug Highway You Can't See. Most jaw-dropping locations and events on Earth photographed from ISS.

Being Human. Animal cognition. Overview Effect. Someone Recorded Crickets then Slowed Down the Track, And It Sounds Like People Singing. A composer by the name of Jim Wilson has recorded the sound of crickets and then slowed down the recording, revealing something so amazing.

Wow! This is so amazing... just had to pick and share. – elmailona

The crickets sound like they are singing the most beautiful chorus in perfect harmony. 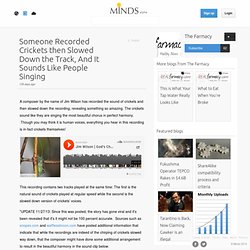 Though you may think it is human voices, everything you hear in this recording is in-fact crickets themselves! The Coolest Nature Video Ever!! WTF Is This Weird Web-Tower Thing? We Asked Around. No One Knows - Wired Science. So far, no one knows what’s crafting these enigmatic structures. 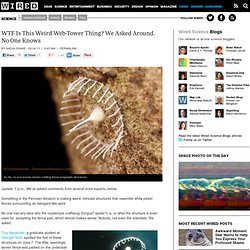 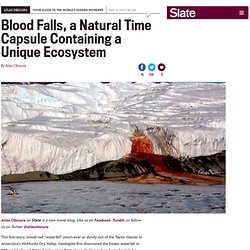 Like us on Facebook, Tumblr, or follow us on Twitter @atlasobscura. Why Dentists Should Fear Snails : Krulwich Wonders... Via all-creatures.org She was 34, on a trip to Europe, got sick from a flu or maybe it was a virus, had to lie down and stay in bed — for months and months. 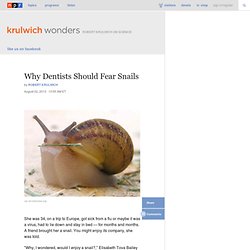 Quirky News Article. A mouse has been given its freedom after it tackled a poisonous snake in a bid to save a fellow rodent at a zoo in China. 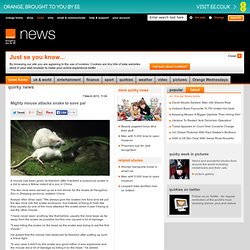 The two mice were served up as a live dinner for the snake at Hangzhou Zoo in Zhejiang province, eastern China. Keeper Wen Shao said: "We always give the snakes live food and we put the two mice into the snake enclosure, but instead of trying to hide like they usually do one of the mice attacked the snake when it saw it trying to eat the other mouse. "I have never seen anything like that before, usually the mice keep as far away from the snake as possible but this one caused a lot of damage. 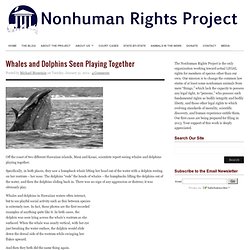 Specifically, in both places, they saw a humpback whale lifting her head out of the water with a dolphin resting on her rostrum – her nose. The dolphins “rode” the heads of whales – the humpbacks lifting the dolphins out of the water, and then the dolphins sliding back in. Hacking Salmon's Mental Compass to Save Endangered Fish. One of the animal kingdom’s enduring mysteries — the sea-spanning return of salmon to their home stream — may be explained by in-brain GPS systems calibrated to Earth’s magnetic field. 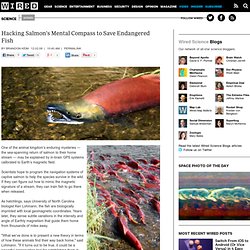 Scientists hope to program the navigation systems of captive salmon to help the species survive in the wild. If they can figure out how to mimic the magnetic signature of a stream, they can train fish to go there when released. As hatchlings, says University of North Carolina biologist Ken Lohmann, the fish are biologically imprinted with local geomagnetic coordinates. Cattle, Deer Graze Along Earth's Magnetic Field. August 25, 2008 Cattle and deer all over the world tend to align themselves with Earth's magnetic field, according to new research. 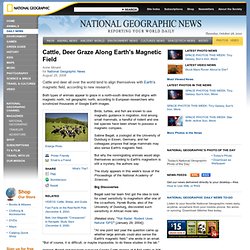 Both types of animals appear to graze in a north-south direction that aligns with magnetic north, not geographic north, according to European researchers who scrutinized thousands of Google Earth images. Birds, turtles, and fish are known to use magnetic guidance in migration. 4 Ordinary Animals with Superhero Abilities. Just like Clark Kent looks like a normal guy until he puts on the blue and red outfit comes, these seemingly-ordinary animals possess some extraordinary abilities. 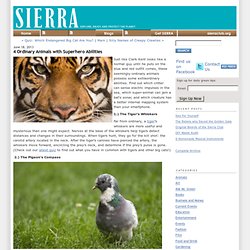 Find out which critter can sense electric impulses in the sea, which super-animal can jam a bat's sonar, and which creature has a better internal mapping system than your smartphone.