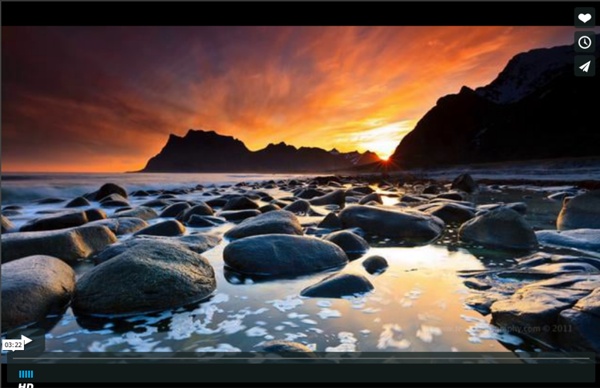 Related:  cartazes • Curiosities of the biosphere

Earth's Mysterious Hum Explained Even planets can get a bad case of tinnitus, according to a new study that explains Earth's mysterious, never-ending hum. Scientists have long known that earthquakes can make the Earth sing like a bell for days or months. However, in the late 1990s, seismologists discovered the world also constantly vibrates at very low frequencies even when there are no quakes.

Someone Recorded Crickets then Slowed Down the Track, And It Sounds Like People Singing A composer by the name of Jim Wilson has recorded the sound of crickets and then slowed down the recording, revealing something so amazing. The crickets sound like they are singing the most beautiful chorus in perfect harmony. Though you may think it is human voices, everything you hear in this recording is in-fact crickets themselves! This recording contains two tracks played at the same time: The first is the natural sound of crickets played at regular speed while the second is the slowed down version of crickets’ voices. "UPDATE 11/27/13: Since this was posted, the story has gone viral and it's been revealed that it's it might not be 100 percent accurate. Sources such as snopes.com and wafflesatnoon.com have posted additional information that indicate that while the recordings are indeed of the chirping of crickets slowed way down, that the composer might have done some additional arrangement to result in the beautiful harmony in the sound clip below.

TimeLapse - the time lapse iPhone app TimeLapse One of "the coolest, best and most useful photo apps for the iPhone" - David Pogue, New York Times, April 27th, 2011 TimeLapse is the professional choice for creating and editing great time-lapse sequences on your iDevice. TimeLapse is the complete time-lapse workflow on the go. Best in class time-lapse camera You, this awesome bike and the internet. The mobile app is how you interact directly with the bike. It tells you info like speed, cadence, distance, step-by-step navigation, performance and all sorts of stats on your riding. However, in order to have an exceptional riding experience, these are the coolest features: Public Transportation Connections: The bike knows all of the train, bus and subway stops and can guide you there.

WTF Is This Weird Web-Tower Thing? We Asked Around. No One Knows - Wired Science So far, no one knows what’s crafting these enigmatic structures. Update, 1 p.m.: We’ve added comments from several more experts, below. Something in the Peruvian Amazon is making weird, intricate structures that resemble white picket fences surrounding an Isengard-like spire. Explore as fotos de todos em um mapa Flickr logo. If you click it, you'll go home 1000 km 1000 mi Powered by Leaflet —

Blood Falls, a "bleeding" glacier, is a natural time capsule containing a unique ecosystem Atlas Obscura on Slate is a new travel blog. Like us on Facebook, Tumblr, or follow us on Twitter @atlasobscura This five-story, blood-red "waterfall" pours ever so slowly out of the Taylor Glacier in Antarctica's McMurdo Dry Valley. Time-lapse photography Blossoming Pelargonium. 2 hours are collapsed to a few seconds A sunset time-lapse Moving clouds time-lapse Time lapse video of mung bean seeds germinating Why Dentists Should Fear Snails : Krulwich Wonders... via all-creatures.org She was 34, on a trip to Europe, got sick from a flu or maybe it was a virus, had to lie down and stay in bed — for months and months. A friend brought her a snail. You might enjoy its company, she was told.